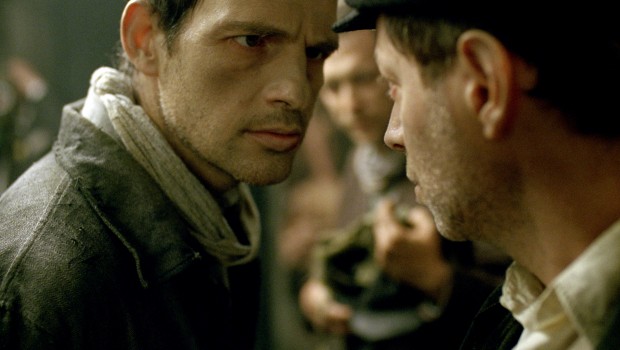 Of the many films surrounding the World War II holocaust and concentration camps it can be definitively said that Son of Saul carries the most punch. Against the hellish backdrop of the Auschwitz camp lies a compellingly human story as the film follows Saul Ausländer who is a Hungarian Sonderkommando – a Jewish prisoner in the camp forced to work for the Nazis. During work, Saul discovers a young boy amongst the masses of bodies whom he determines as his son. Driven to save the body from the crematorium, Saul embarks to find a Rabbi and give the boy a proper Jewish burial. Géza Röhrig plays Saul and László Nemes directs Son of Saul as his debut feature film. Nemes also co-writes alongside Clara Royer.

When I said the film follows Saul I mean it in a very literal sense; from when he walks into the focus of the opening shot, the camera sticks right behind Saul for the majority of the film. Prepare to get acquainted with his shoulders and the back of his head as they take up most of the 4:3 frame alongside a large X adorned upon the back of his jacket, which brands him as Sonderkommando. Even when other action becomes the focus, the camera always finds its way back to Saul within the same shot, many of which are minutes in length. In spite of constant movement and bustling action, seldom are there damaging issues in lighting, focus, or camera positioning outside of one scene which may stir motion sickness. The unique, powerful camera-work and directorial style which places you with Saul in the camp’s hellish environment is the film’s greatest asset. Praise is due for the cinematographer, Mátyás Erdély. Keep your eyes peeled for key points when the film breaks it’s established formula.

Keeping the camera and audience close to Saul gels perfectly with the story of Son of Saul. Amidst an escape attempt and the greater happenings of the camp, Saul becomes single-mindedly determined in his goal of burying the child. All the while a plethora of shots focus on the back of Saul’s head or his fixated gaze, whilst lurking in the background – blurred and unfocused – lie piles of naked corpses, executions and other suffering. Saul’s fixation on a seemingly hopeless goal makes for bleak yet compelling storytelling as those around him accuse him of failing the living for the dead as the body will ultimately be burned anyway. A minor gripe with the story is that despite his acknowledged despondence from their goals, Saul is singled out for the escapees tasks or chosen at random too much for convenience’s sake. Like a character from a video game, he is rapidly whisked from location to location as if on the Auschwitz horror variety hour tour, from gas chamber to crematorium, to shovelling ash into a lake to execution pits. It all seemed slightly too much in an otherwise grounded experience. 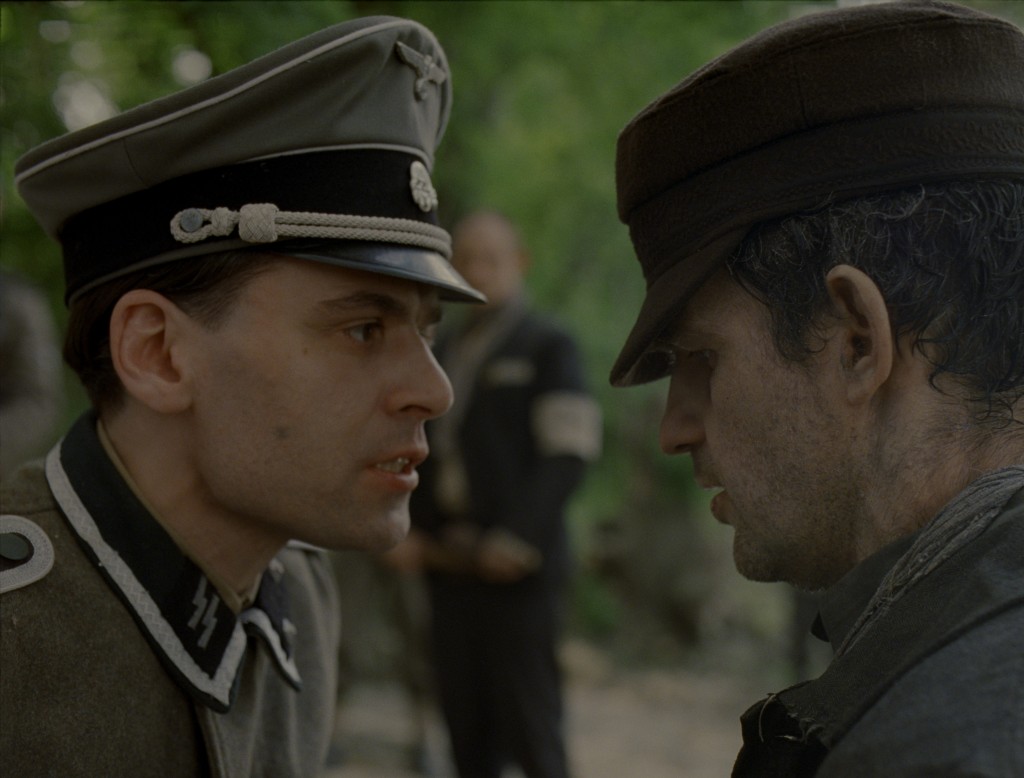 As a protagonist, the Hungarian Saul is very silent, his actions speaking louder than words. In the camp a multitude of languages are spoken and it is left ambiguous as to the extent of what Saul understands. The aural scape littered with the shouts of the German soldiers, the screams of prisoners and the chilling workings of the camp. Combined with the camera technique, this creates an intriguing, unrelenting and claustrophobic viewing experience. Taking the elongated shots into account it also brings an unprecedented spatial awareness to the surroundings. It is technique that elevates Son of Saul as a unique, nuanced and understated film, while still carrying great impact and weight. This very specific style will undoubtedly be used as a template by future film-makers and any follow-up projects by director László Nemes deserve to be anticipated.