Summary: Someday You'll Return is a typical psychological horror game that brings nothing new to the table.

I was recently going back through a re-watch of the Sopranos and I came across an episode that made me think a lot about this game. In the episode Christopher Moltisanti goes back to a site where he had already buried a guy he had taken out. I mean I guess spoilers but the show came out over 20 years ago so… Anyways Chris goes and digs this guy back up and all that is left is a bloated and decomposing corpse, and after playing CBE Software’s new game “Someday You’ll Return, I was left with the same impression. Now I know some people might that that criticism is a little harsh and they would be correct. I didn’t hate this game by any means, but as I played it I felt as if I had done this all before in other titles. So give me a little bit to explain why I felt this way about this game.

Let’s start with the main antagonist, oops I’m sorry I mean protagonist. Or do I? In this game you play as Daniel, but I’m going to call him Dan and if you play this game you’ll understand why. Dan is one colossal prick that you can’t help but hate from the start of the game. He is rude, yells at kids for no good reason, a horrible father and an all around jerk to his ex-wife. Sounds like anyone you want to be stuck with for 15 to 20 hours? Well either way you answered the fact of the matter is you are and you get to help him search for his missing daughter. Yes you read that correctly, a father running about in a psychological horror game looking for his missing daughter. How original… Another game where you solve puzzles, wander around aimlessly and must hide from the big bad scary things. Oh but this time you are in a forest where the day time isn’t so scary but oh when it gets dark… that’s when the scary things happen… Yeah if you’ve played any horror game with the hiding mechanic then you have played this game. 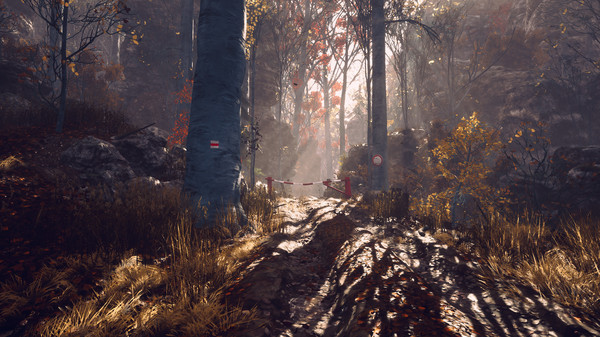 Someday You’ll Return is marketed as narrative driven game but honestly I found myself completely disinterested for at least 6 hours into this game. Up to that point there hadn’t been much “narrative” aspects of this game. At this point I was starting to think well there can’t be too much of this story to drag though after this point, but I was wrong. This game drags on for a long time. As I stated before you can easily spend 15 or more hours trying to get through this game. I don’t know how you guys feel but for me that is way too long of a game that was this hollow. For these reasons this is why that episode of the Sopranos came to mind. This game felt bloated and simply decaying at this point. There was nothing new or fresh in this game. I will give the game some credit as there are a few mechanics that I did enjoy. As one point in the game you get Dan’s tool belt, a potion making kit, and this magical stick that allows you to not be totally defenseless to some of the baddies. I did enjoy mixing and making potions for their various effects, it just felt off that at no point did Dan ever question why the hell he was just mixing things up and throwing them down his gullet. As I think about it though, I guess that really goes along with Dan’s character because he rarely questions but of anything weird going on in this game and just kind of goes along with the punches.

I will say at first I was excited about the fact that this game had a semi-open map that you could run around in at your leisure, but after a few hours it felt like a chore having to constantly pull out Dan’s smart phone to check out the GPS to make sure I was on the right track. The forest just felt tired and honestly at some points unoriginal. Yeah the trees had sign posts like the ones you see in a real Czech Republic forest, but honestly after a while I just stopped caring. It also didn’t help that I could help but feel like this game was make 10 years ago and just sat on a shelf for a rainy day.

However if you enjoy mildly creep games that allow you to do things at your own pace, give you plenty of collectibles to track down and story that’s a slow burn, then I would say this game is for you. As for me, I didn’t not enjoy my time with Someday You’ll Return, and though the title might say that someday I will return, I know in my heart that I won’t. 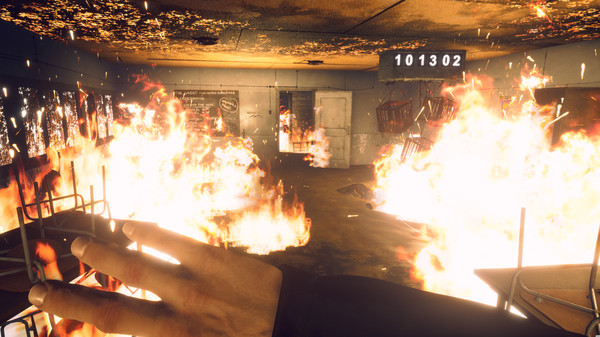