Summary: Solo is the rare game that is an actual experience, one capable of eliciting a complex emotional response.

Solo is a rare surprise

Let’s just say I wasn’t exactly bursting at the seams to review a puzzle title with a stated premise to explore the delicate, inner machinations of love. (Yes, you read this correctly.) But Spanish developer Team Gotham proved this skepticism completely misplaced. ‘Solo’ is a beautiful, introspective game, one that may literally bring you to tears.

To begin, Solo has a player to select a gender (to included non-specific), then that of his/her/its love interest. There are also three selectable player ‘sailor’ builds based on age. (I couldn’t help but grab the older Ernest Hemingway lookalike). Said sailor then partakes on his/her/its voyage, one that begins upon a boat appropriately named after the sailor’s beloved. After a brief journey, the sailor arrives at his/her/its first archipelago, and then the adventure begins. 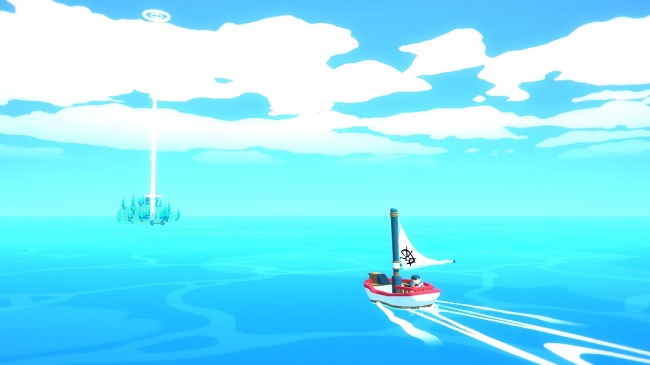 Per above, the adventure is a peculiar one, to say the least. In exploring the archipelago, the sailor will manipulate a series of crates – some with fans, expanding pathways, etc. – to reach Easter Island looking totems. Totems then activate near-distant lighthouses, which subsequently open up new areas and ultimately archipelagos to explore. Along the way exist sub puzzles to engage with island denizens, cute little critters also looking for love of their own. 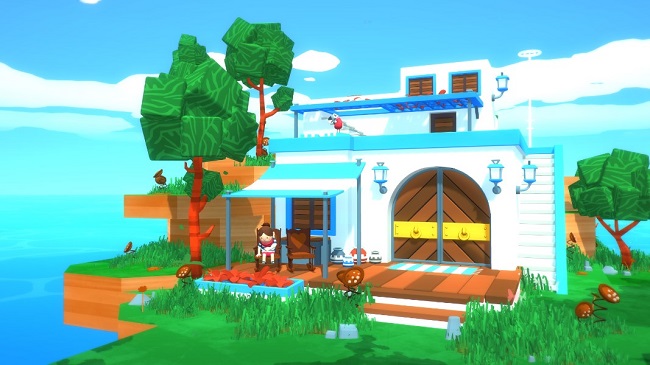 Upon awakening a totem, it then proposes the sailor a trying question about love, to which the player is encouraged to select an honest answer from three available. These are some serious introspective questions, mind you, ones that challenge perceptions of honesty, openness, trust, loneliness, and genuineness. The game’s emotional engine is based on the difficult emotions one of Team Gotham’s developers experienced during a recent breakup, and they are brilliantly captured. Answers to these questions produce thoughts from the sailor’s would-be-lover in the next exploration area, ones I was surprised to discover produced a flood of emotional responses within myself. I woke up the next morning still thinking about my choices. 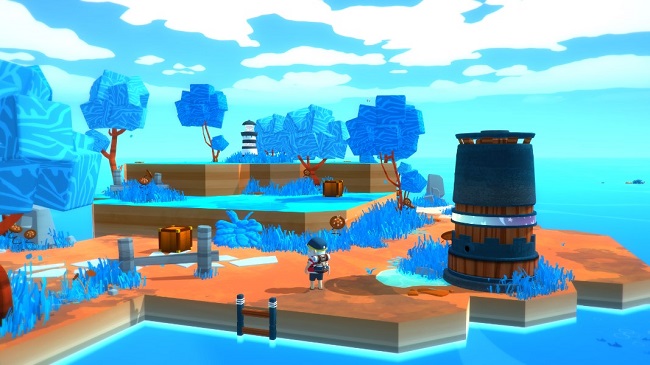 I completely understand this a difficult concept to fathom, that a series of answers to questions about emotional commitment and connection within a cartoon style puzzle game can invoke frank feelings. But they certainly will if answered and addressed truthfully. As a man in his early 40’s, I found myself in tears to some, questioning my own perceptions, in others, and in all whether I was being realistic and/or equitable toward my wife of a decade plus.

Moreover, Team Gotham’s use of a dream inspired world and in cartoon format somehow makes this odd emotional exploration more digestible. Its beautiful artwork and engaging (albeit simplistic) music combine to present an environment capable of housing such sensitive propositions without feeling force fed. 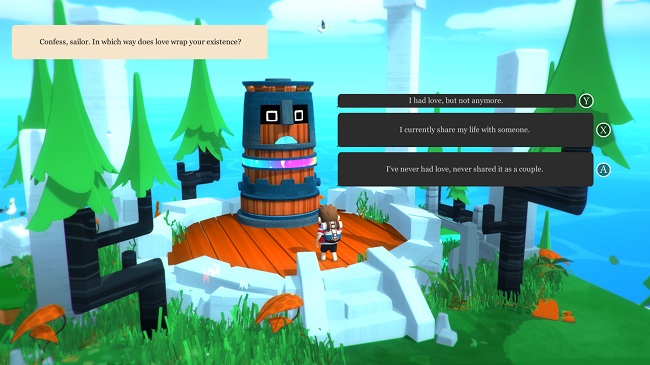 If there’s a serious critique of Solo, it’s that the puzzle premise becomes monotonous after a couple hours. For a game with such meaningful content, wading through box placement head scratchers to continue the story is the last thing one wants to endlessly tackle when delving into heavy emotional exploration. While the scenery is both whimsical and engaging, Solo could benefit from more varied gameplay to bridge totem sections more seamlessly. 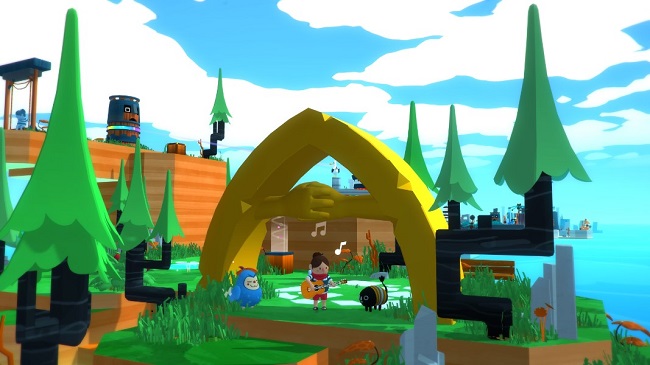 Still, and for players looking for something truly different – and despite its limitations – Solo is an exceptional creative foray. Regardless of one’s age or gender identity, Solo will challenge pre-existing notions of love, and leave the player a different and more informed person. It’s no small feat to translate one’s experiences into a robust game environment that others can feel for themselves…and in potentially diverse ways. Team Gotham accomplishes this sublimely.

An unabashed solo gamer by preference, Paul’s reviewed hundreds of games for over ten years and on sites in three different countries. He has an unhealthy obsession with all things Prince of Persia, God of War, and Assassin’s Creed. In his spare time, he’s a dedicated Muay Thai practitioner and coach, also Crohn’s Disease awareness advocate.