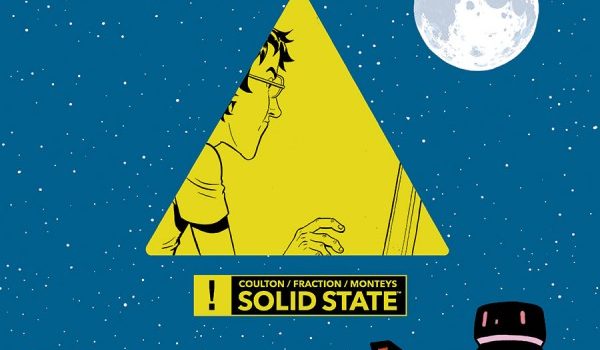 Two guys, connected by a name and hundreds of years, somehow stand at the end of man’s beginning, and the beginning of man’s end. But…it’s funny? Also kind of a nightmare. But mostly funny? A funny science-FACTion nightmare about the end of everything, but how that’s all kind of okay.

“Jonathan and Albert are the best guests one could hope to have at an End of the World party,” said Fraction. “Jonathan’s swooning album becomes bright, bleak, and brilliant all at once, a wonderful extension of his body of work to date and an exploration of entirely new places and spaces; Albert, a genius unparalleled, must have not understood what we were asking him to do because he did it and did it wonderfully and all so much better than we could have ever imagined, seemingly unaware or simply uncaring that we were going to take credit for all of his cartooning sagacity and innovations, which are both legion and legendary; while I, a stowaway, remain the luckiest boy on the whole dummy bus.”

“We always find connections between comics, film, and literature, but I’ve always felt that graphic storytelling has a lot in common with music in its structure, pacing, and rhythm,” said Monteys. “This common ground is an almost unexplored territory where I happily ventured with the best company I could imagine. Jonathan Coulton and Matt Fraction are both creators of humane, provoking, and funny tales, and I’ve had a ton of fun fleshing out this colorful dystopia, trying to have words, sound, and art play together and have a great time.”

“As SOLID STATE evolved from album, to ‘concept album,’ and then, ridiculously, to ‘concept album plus graphic novel,’ I was pretty sure I had bitten off more than I could chew,” said Coulton. “I handed a fuzzy outline of a wonky story to Matt and Albert, and they somehow teased out all these perfect, human details that I didn’t even know were there. There’s a real thrill that comes from being the least capable guy on the team, watching a couple of magicians pull things out of the air like it’s easy. I knew it was going to be good, but not this good.”

“SOLID STATE is a mind-bending futuristic tale about two men named Bob whose fates are intertwined over time, over the backdrop of an encroaching ‘nicey-nice fascism’ perpetuated by artificial intelligence and growing dependence on technology.” —Gizmodo

“An ambitious, multi-layered science fiction story about how technology reveals us, changes us, and maybe ultimately will save us, if we can just remember to be nice to each other.” —Vents Magazine 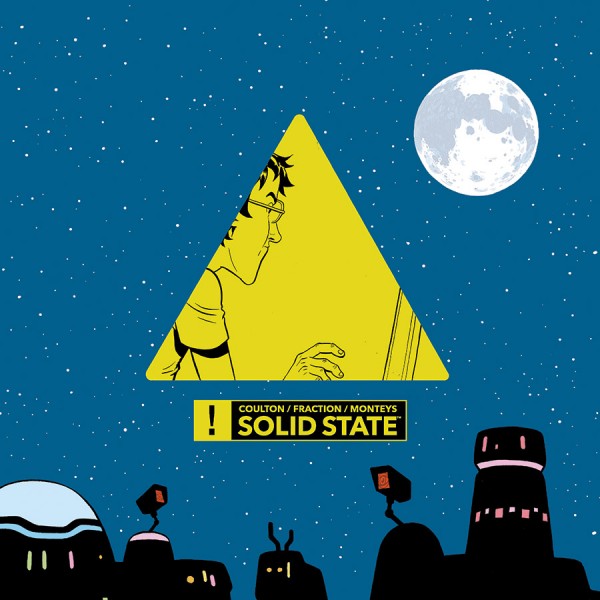