The SUN BAKERY comics anthology features the following stories: “Dream Skills,” set in a city where guns are obsolete and the social culture is swordplay; “Arem,” the tale of a space adventurer on a quest to photograph the most beautiful galactic vistas; and “Bat Rider,” a supernatural skateboarding comic.

“Sentient paranormal skateboards, mecha-suited documentarian bounty hunters, and sword-culture spirit warriors,” said Lewis. “If you’re a fan of high concept ideas with dynamic action in a retro pulpy flavor, this comic is for you.”

“Sun Bakery is what happens when an artist makes the time and finds the conviction to turn their fistfuls of original ideas into reality. These stories are fun, inspired, and full of hyperactive energy that is efficiently transferred to us.” —Fiona Staples (SAGA)

“With its no-f**ks attitude and restless energy, Sun Bakery #1 is an addicting collection.” —Multiversity Comics

“Books like Sun Bakery are why I read indie comics, and I wish more comics were to this level of talent.” —Comic Bastards

“From cover to cover, this anthology is jam-packed with stories teeming with life, every page exploding with action and snappy dialogue.” —Comicosity 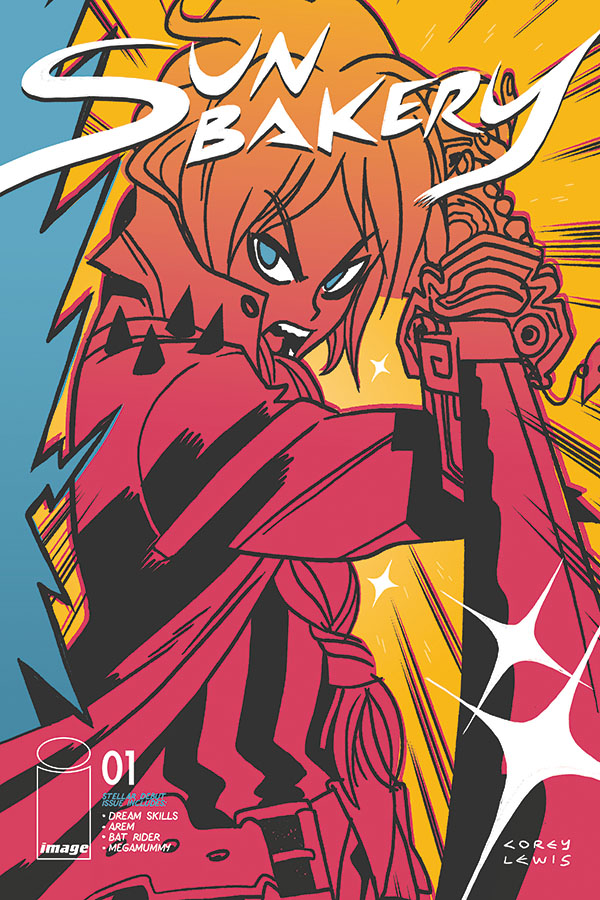