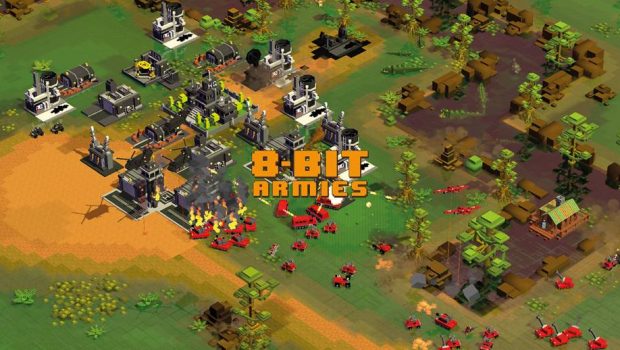 Publisher SOEDESCO is working with developer Petroglyph Games™ on the digital and boxed console debut of 8-Bit Armies. They will also release a boxed PC-version of the popular RTS. 8-Bit Armies will be available in digital console stores and retail in the winter of 2017.

The Petroglyph team has a rich history in the development of AAA strategy games, with the executive staff and many team members being veterans of Westwood Studios™, the creators of Command & Conquer. Since Petroglyph was established it has released various RTS classics, such as Grey Goo™, Universe at War™, and Star Wars: Empire at War™.

Accessible for new players
8-Bit Armies is the latest RTS from Petroglyph. It commemorates the first Command & Conquer games with its accessible gameplay mechanics while providing a fun and timeless art style that introduces new players into the genre. A unique console controller scheme makes it easier than ever to build bases and command large armies without complex button memorization.

The boxed and online console version of 8-Bit Armies will include the game and the ‘Guardians Campaign’ DLC.