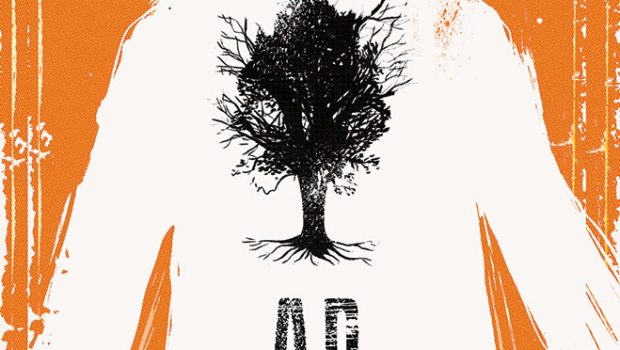 SNYDER AND LEMIRE’S POIGNANT AD: AFTER DEATH HARDCOVER EDITION WILL HIT STORES THIS MAY!

Image Comics is pleased to announce the hardcover edition of A.D.: AFTER DEATH by New York Times bestselling and award-winning creators Scott Snyder (WYTCHES, Batman) and Jeff Lemire (DESCENDER, PLUTONA, ROYAL CITY) will hit stores this May. It will collect the complete trilogy.

A.D.: AFTER DEATH asks, What if we found a cure for death? Snyder and Lemire unite to create an epic like no other, set in a future where a genetic cure for death has been found. Years after the discovery, one man starts to question everything, leading him on a mind-bending journey that will bring him face-to-face with his past and his own mortality.

A unique combination of comics, prose, and illustration, A.D.: AFTER DEATH is an oversized hardcover graphic novel with 8.375″ x 10.1875″ trim size.

It can be pre-ordered on Amazon, Barnes & Noble, IndieBound, and Indigo.

Select praise for AD: AFTER DEATH:

“A haunting and beautiful experience. Lemire’s art often has a dream-like quality, floating like smoke through the page. During the books’ extended flashback, Snyder and Lemire create an ethereal structure, a world that always seems a moment away from collapse… There is simply nothing else like this on the shelf and that’s a good thing.” —Nerdist

“Writer Scott Snyder and artist Jeff Lemire have crafted one of the most moving comic books.” —FreakSugar 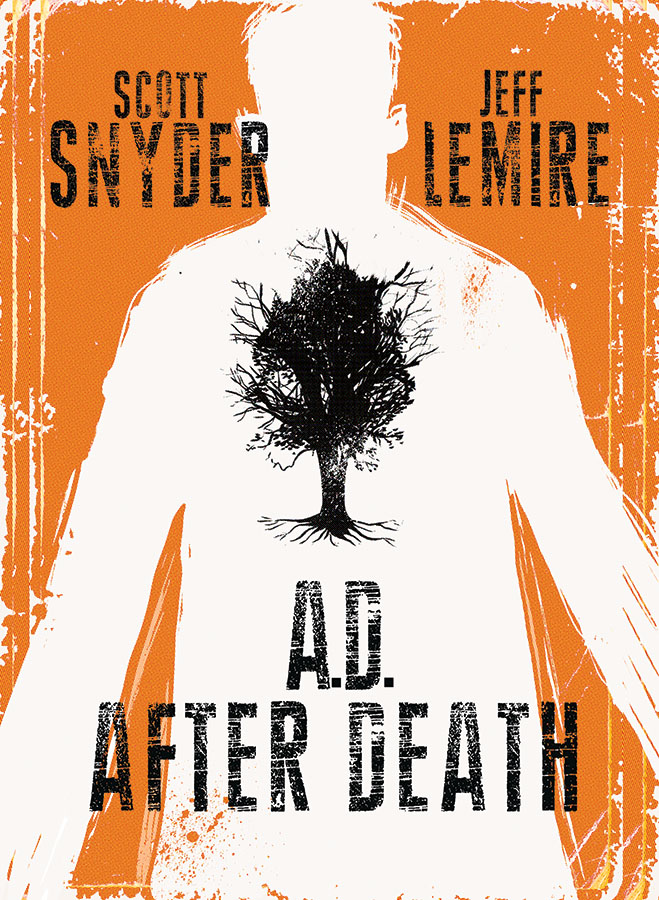