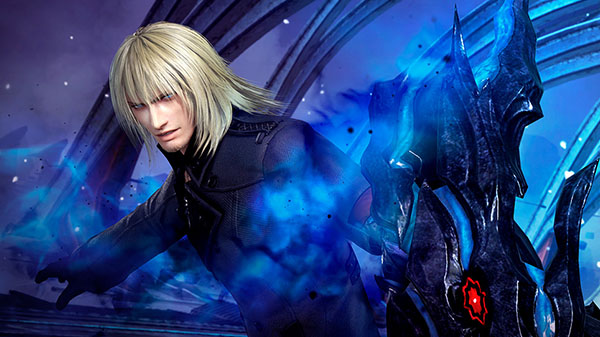 Originally appearing in the FINAL FANTASY XIII trilogy, Snow Villiers fights alongside Lightning as her comrade and later becomes the patron of Yusnaan, serving as a trusted guardian for the city of revelry for 500 years. In DISSIDIA FINAL FANTASY NT, Snow transforms into a powerful Cie’th when his HP levels are low, boosting the impact of his bravery attacks, HP attacks and skills. The lower his HP gets, the further he progresses into his Cie’th transformation and the mightier his unique EX skill Chaos Geyser becomes.