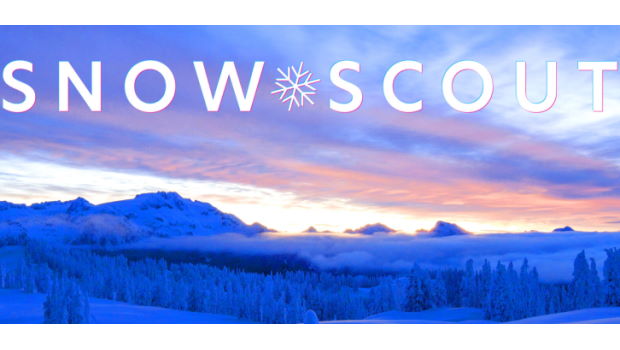 Summary: Find some peace and quiet by volunteering to open a ski resort on your own.

I like snow and the idea of skiing… but I don’t like the associated risks (sure I may not end up crashing into a tree and dying… but people have). Snow Scout offers me a chance to get some time on the slopes without the risk. 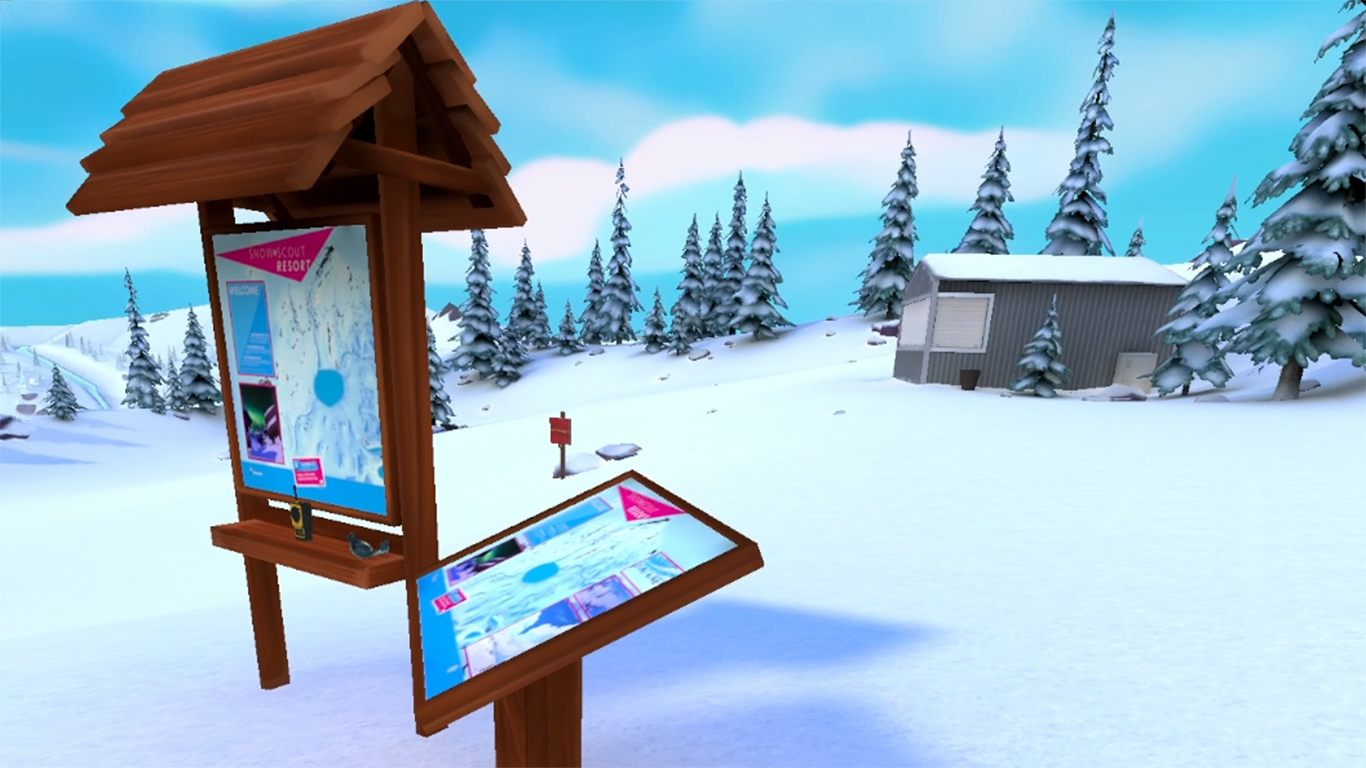 The game essentially revolves around you deciding to take a one week stint as a volunteer for the Snow Scouts. Before you lies a vast white landscape of snow capped mountains and your only companion is your supervisor, Veronica “Vreni”, who communicates with you via walkie talkie. In your week of volunteering you will be tasked with opening ski runs, checking for the risk of avalanche (and if you find a dangerous location you can set off a controlled avalanche to clear the hazard) and generally making the slopes suitable for public use. 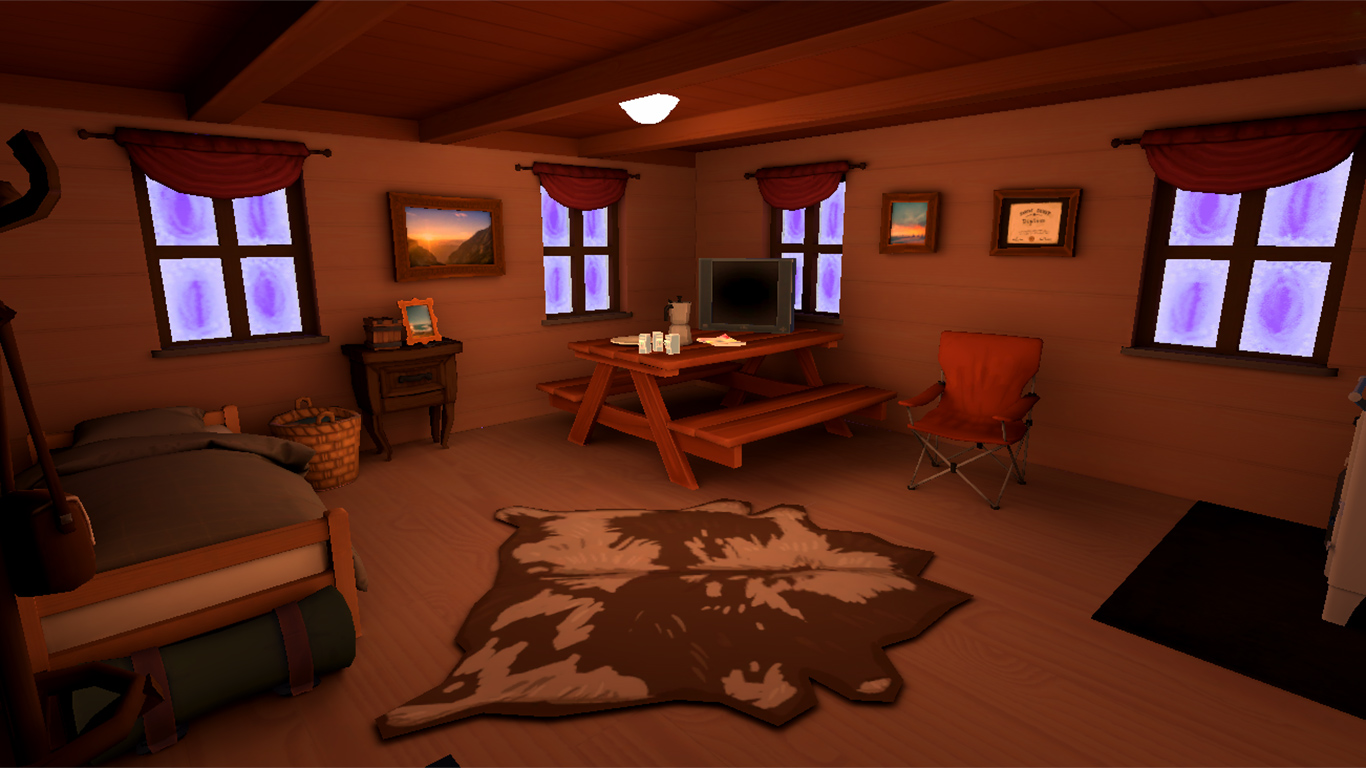 The gameplay is a sort of cross between a walking/skiing simulator and job simulator. The visuals are a little cartoony which certainly adds to the job simulator vibe and the tasks are broken into pretty manageable chunks so nothing seems overwhelming. I will say that it’s important to remember that you can change the height of your ski poles, this is particularly useful if you find you don’t seem to be moving (I tended to play in a seated position and arguably hadn’t configured my floor level properly before hand… but after adjusting the height of the poles everything was fine). 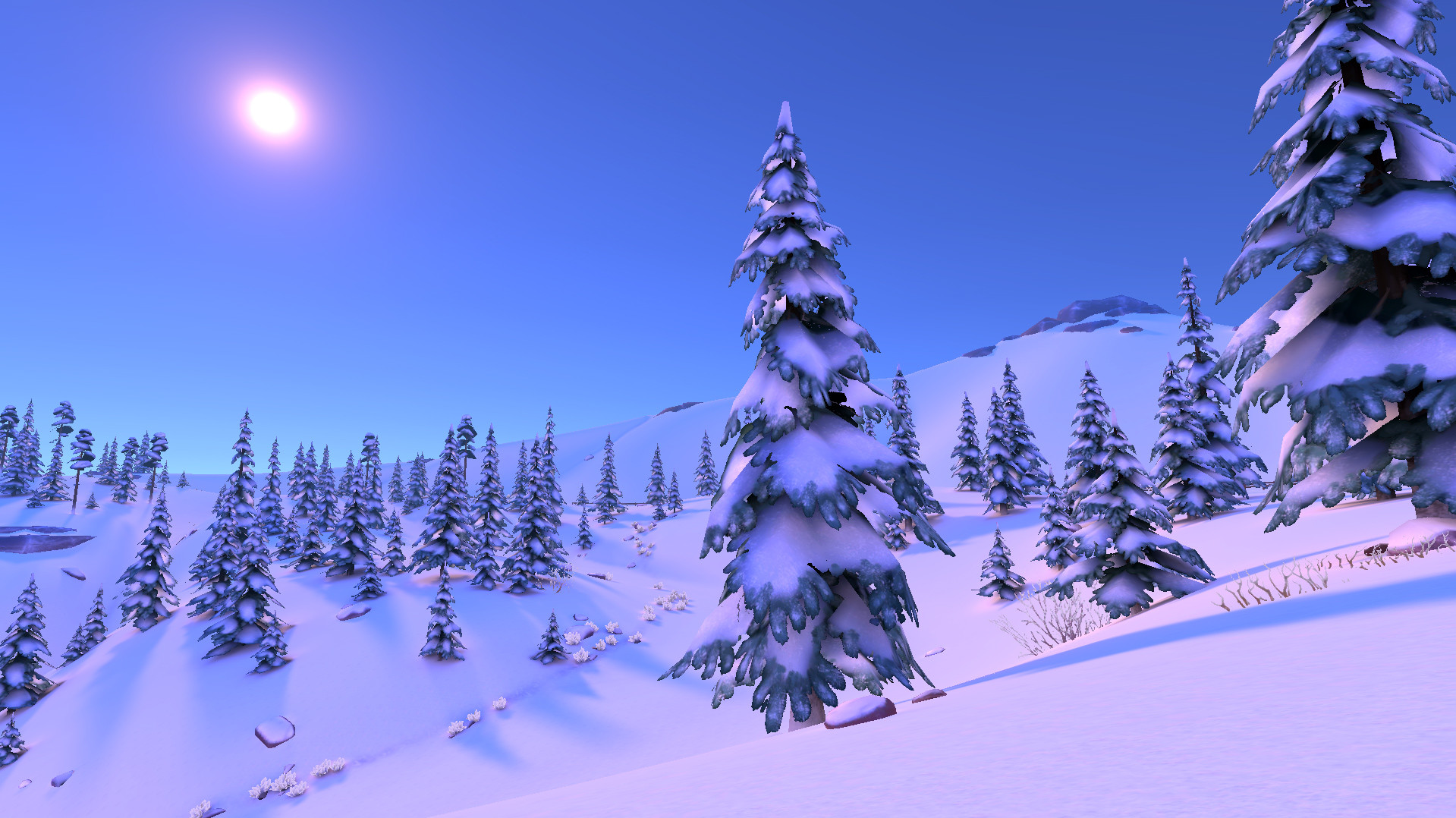 I did find the interactions could be a little fiddly at times, most notably with the backpack and the radio (the latter in part because I kept forgetting how to signal yes or no)… not deal breakers by any means… but a little frustrating at times. 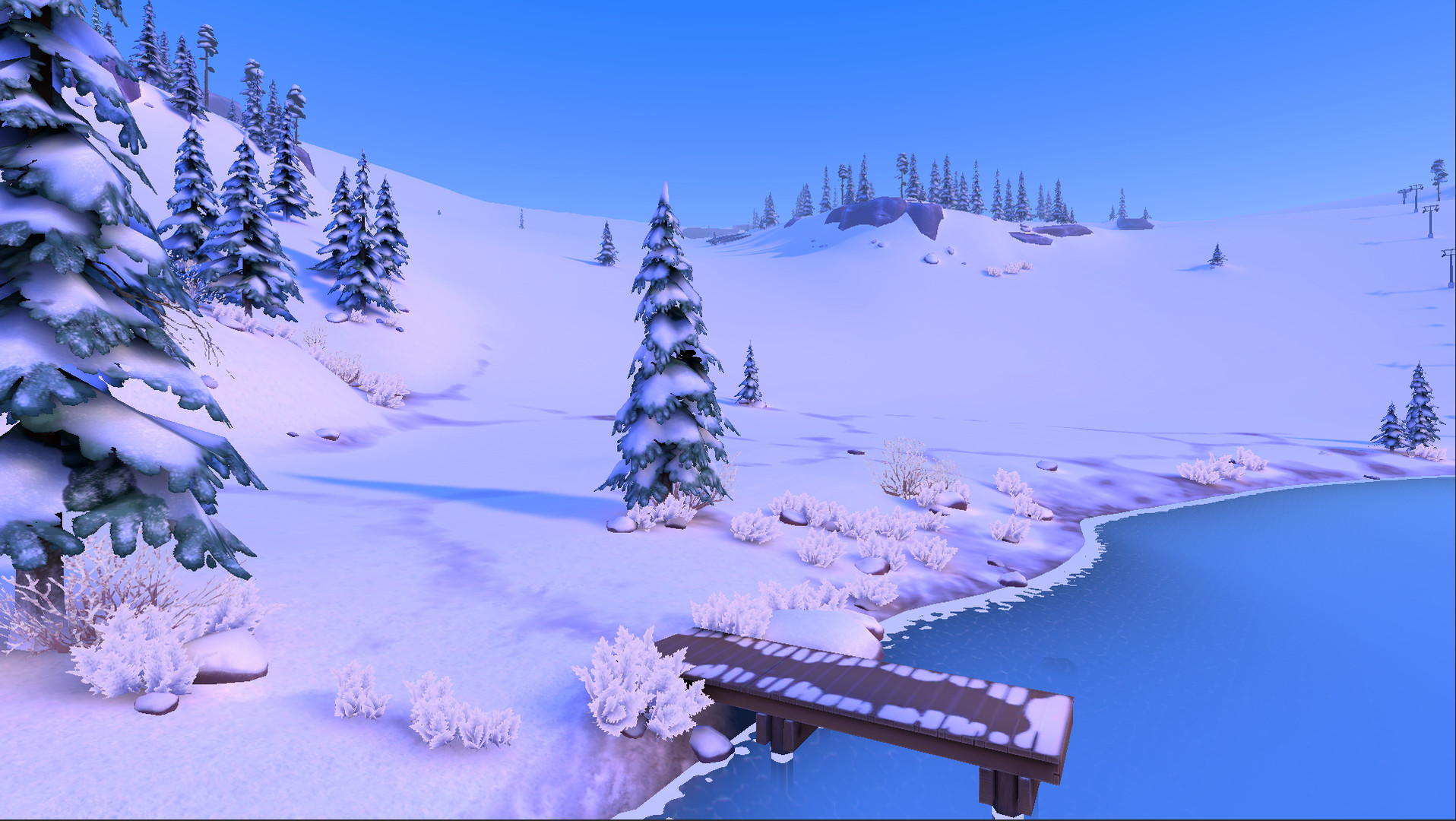 As you progress you will open more and more ski runs which means you can then compete in speed runs with online leaderboards to see how you rank. Skiing is both down hill and cross country but if you are finding it a bit tricky (say… you need to go up hill), you can put your ski poles away and simply “walk”… but skiing is typically the fastest way to move and is thankfully quite easy to get the hang of. Between bouts of skiing you will also have little tasks such as chopping wood, restarting the ski lift and so on. As mentioned earlier you have Vreni guiding you through all your tasks and fortunately the voice acting here is very good… especially as it’s the only other voice you will be hearing in your snow bound isolation. Vreni doesn’t just set you tasks she also provides depth via the story of the game and provides a great touch of distant intimacy of a sort. 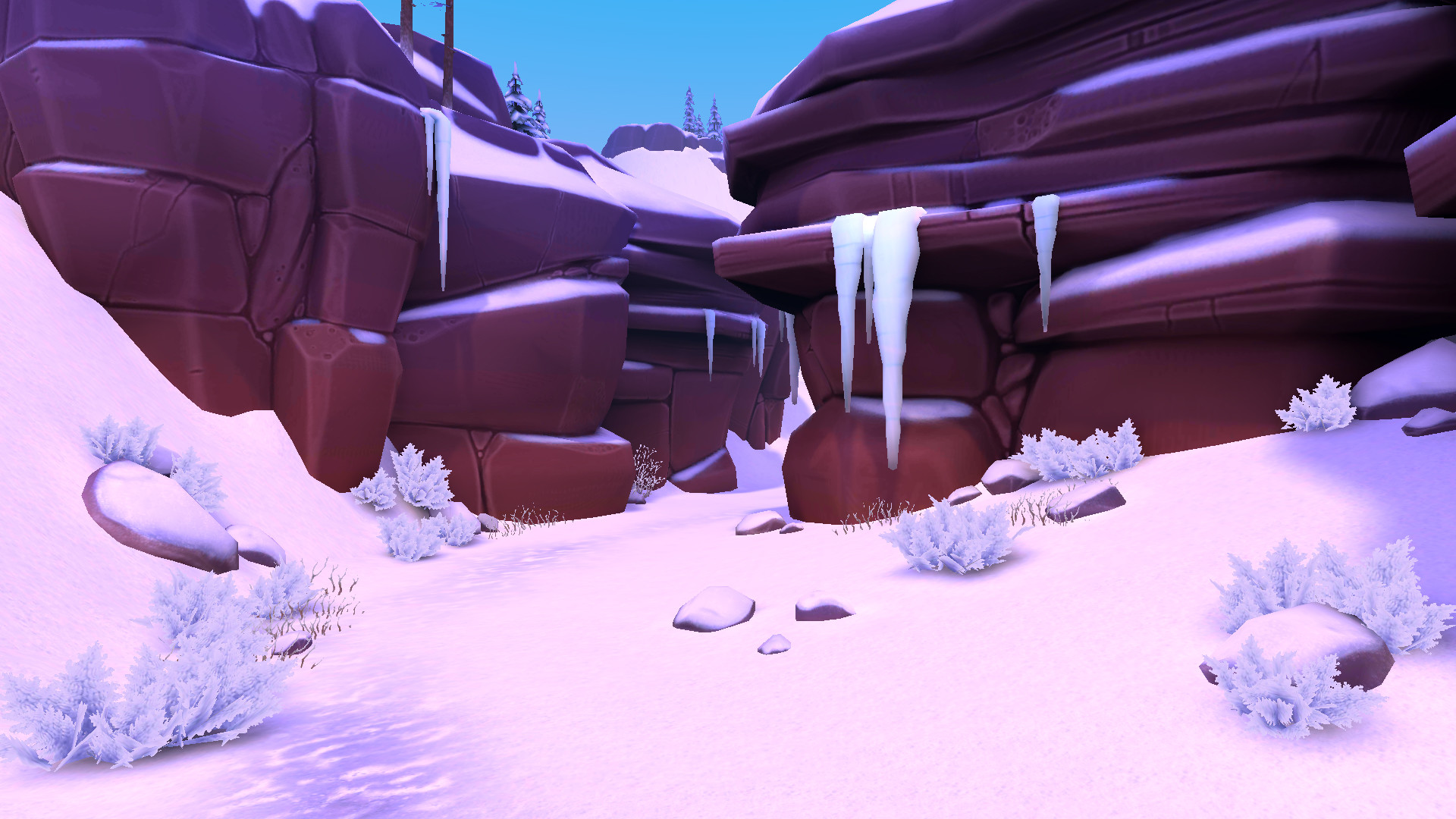 Ultimately Snow Scout is a low pressure skiing simulator with job simulator like aspects and if that sounds like something you’d enjoy then it’s definitely worth grabbing a copy… with the added bonus that you could well get a bit of a work out after all the skiing you will get up to.