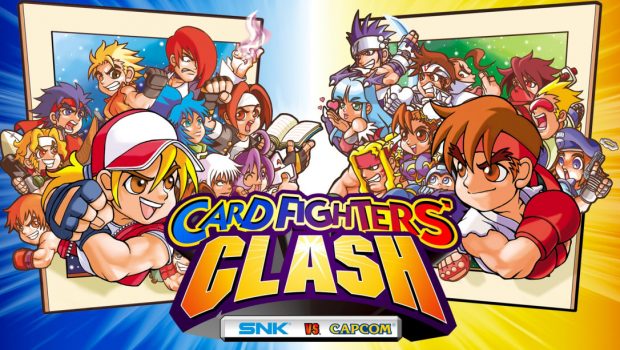 Summary: SNK Vs Capcom Card Fighters Clash is one of those games that looks better in screenshots than actually playing.

When reviewing older games ported to modern day consoles, I’m always in two minds on how to proceed. Do I look at the game through today’s lens, or do I try to look at it as it was originally intended. When it comes to SNK Vs Capcom Card Fighters Clash unfortunately, I think it fails no matter how one tries to look at it. SNK Vs Capcom Card Fighters Clash was originally released in 1999 on the Neo Geo Pocket Color, and now re-released on modern consoles , though you’d never be able to tell. 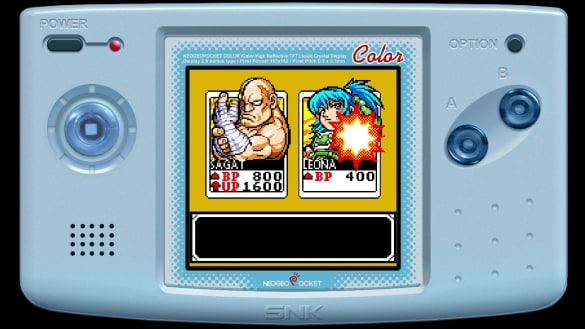 The first major problem when it comes to modern consoles, is you actually play on a Neo Geo Pocket Color. As seen in the picture above, you play the game through the console, inside the console, and as such your view is super small. I think this is a huge mistake, and completely avoidable. I would have much preferred the game to just be upscaled a little bit, rather than having to look on a tiny screen within my screen. This is a shame too, because this hides what is in my opinion the best part of SNK vs Capcom Card Fighters Clash, and those are the visuals. The card art is really well done, and perfectly captures the fighter they are representing. The graphics in the overworld, though basic, are also pretty nice. Unfortunately, that’s where the praise for this title ends. 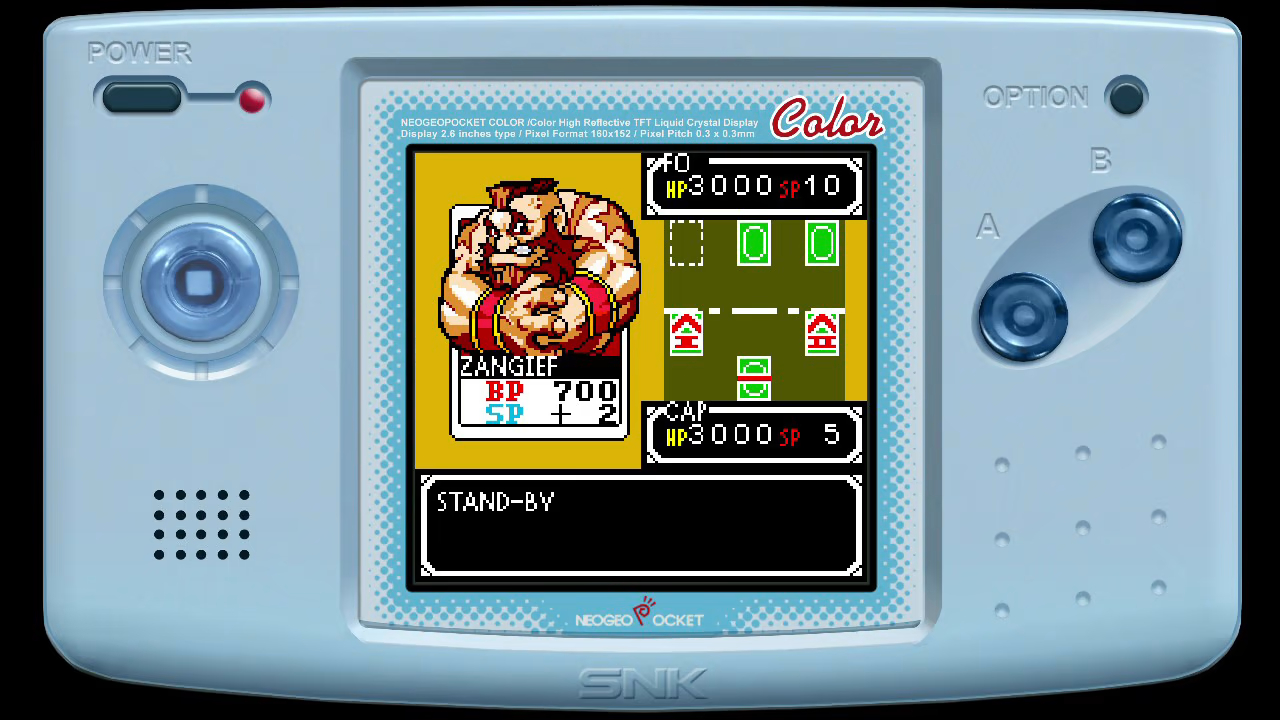 I’m a huge TCG player, I LOVE Magic the Gathering, and Hearthstone, so I was super excited to have had the opportunity to play a skill based card game revolving around some of my favorite Capcom and SNK characters. Unfortunately, Skill is not something that’s required when playing through the 10-15 hour long campaign. Imagine if you combined Magic, and Yu-Gi-Oh, but dumbed them both down to the point where it’s unrecognizable, that’s what you get with this game. The objective like almost any other card game is to get your opponents HP to zero. You do this by mindlessly attacking and defending with cards. Each card has a HP (which doesn’t recover) which is also it’s base attack power. You use these to become a bigger beat stick than you opponents and eventually win the match. You can also use your cards with each other to power them up through a under developed buddy system. Essentially you use sac your cards to power specific ones up. There are a lot of the basic tropes of card games here, ETB (enter the battlefield) effects, spells, triggered abilities, but it all just feels bland. There’s also a story mode, but it feels very forced, and non memorable.

SNK Vs Capcom Card Fighters Clash is honestly, a huge disappointment. It has some good visuals, but the actual gameplay is just boring, and bad. Skip this one all together.