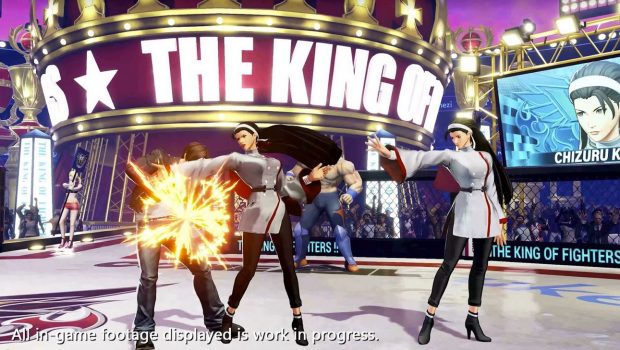 SNK CORPORATION (Corporate HQ: Suita-city, Osaka, Japan, Company President & CEO：Kenji Matsubara) is proud to announce that THE KING OF FIGHTERS XV, the next opus of the legendary fighting game franchise, is available for PC pre-order now on Steam, Epic Games Store, and Microsoft Store. Following yesterday’s Game Awards announcement, SNK has officialy revealed the game’s price and fans are now able to pre-purchase THE KING OF FIGHTERS XV standard edition for $59.99. The game will be released on PC, Xbox and PlayStation on February 17th, 2022.

Since its debut in 1994, the KOF fighting game series has been driving the world to new heights of excitement with its appealing characters and unique game system. Six years have passed since the last title in the series, and now KOF XV surpasses all of its predecessors in terms of graphics, systems, and online experience!

Catching up with the usual monthly character trailer roll-out, SNK has also unveiled Krohnen with a new trailer and announced a second open beta test phase for the PlayStation consoles starting on December 17th.

THE KING OF FIGHTERS KEY FEATURES

– A total of 39 playable fighters at launch
Classic popular characters, heroes and villains revived from the dead, new challengers, and more! The most epic dream match in KOF history is about to begin!

– KOF’s story reaches its climax
The latest KOF Saga continues from the previous title in Story Mode. This time, the story is coming to an explosive climax!

– Easy and versatile online play
KOF XV features rollback netcode. There are also a variety of battle options that allow you to choose how you want to play!

– KOF XV is fully packed with content to enjoy
Includes a Gallery with movies and voice samples, and a new DJ STATION with over 300 popular songs from the KOF series and more.