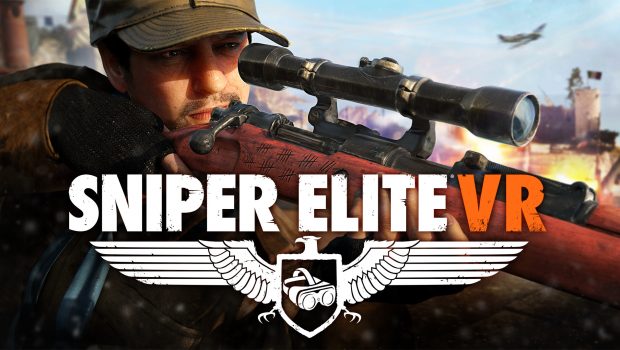 Summary: Sniper Elite moves to VR with this more story driven take on the series.

The Sniper Elite series of games have been around for quite some time now. I’ve been happy to follow it from one iteration to the next (well perhaps less happy with the Nazi Zombie Army editions… but that’s just my personal taste). So when I saw a VR version was coming out I was quite naturally excited. The first thing I will say is that there is arguably more of an emphasis on story here. While the standard game follows a story… it feels more like briefing to briefing etc, whilst Sniper Elite VR actually brings you into the missions via the recollections of your character. You get to see you and your family enjoying the freedom you fought for as you then remember the challenges you went through to secure that freedom. 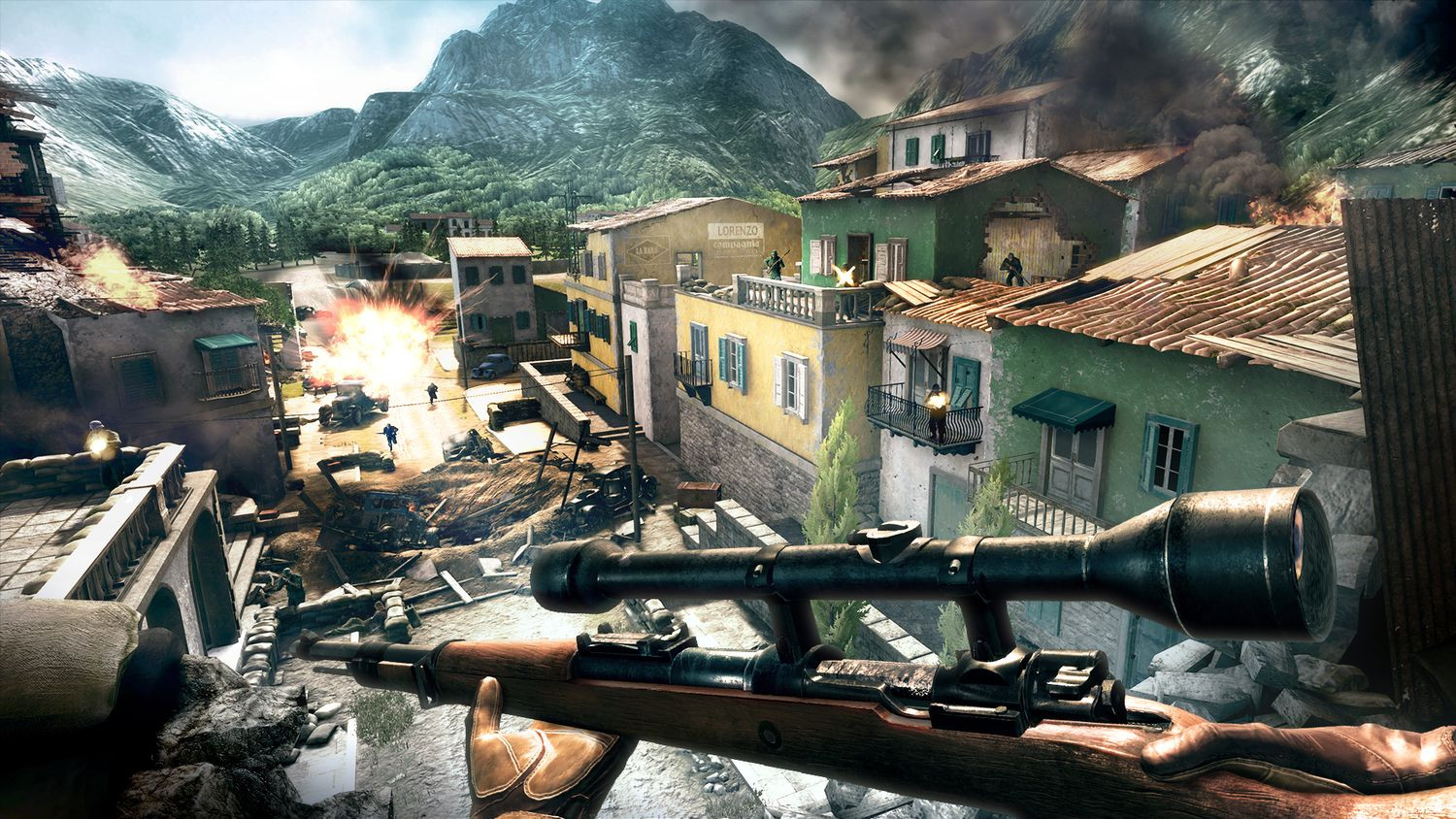 For those who have played any of the games in the series it won’t be too surprising to know that whilst the emphasis here is on “stealth” and trying to take your enemy out without being noticed… (for me at least) things tend to get messy pretty quickly (the first mission kind of throws you right in the middle of it without much chance of stealth). But now you can lean left or right to gain cover while reloading your weapon, you can peak around a corner to spot your enemy before getting ready to take a shot. I haven’t played a lot of VR games with gun loading mechanics… but those I have played have been a bit hit and miss, often suffering from the fact that controllers generally have a significant size to them that gets in the way of the hand positions in relation to a “real” weapon. Sniper Elite VR, whilst it took a little to get used to, felt about the closest to a decent action. There’s a certain bit of flexibility to how close you get to the chamber before you can release the clip which is nice as I’ve played games before where it is quite picky and with the controller size I was constantly worried about smashing them together, here I got my spacing and felt quite comfortable releasing the previous clip, grabbing the fresh one and dropping it in before sliding it in place. 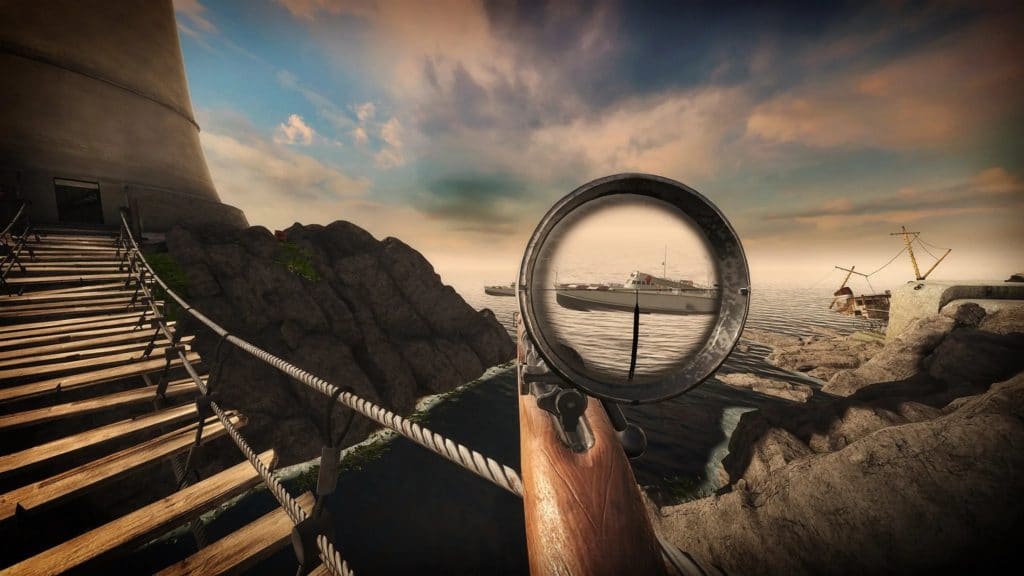 Visually the game is pretty decent… it’s not the highest of qualities but I think they’ve managed a good balance between resolution and performance and playing on Oculus Quest 2 via Air Link I didn’t notice any particular latency issues. The kill cam is (of course) here in full effect though it does look a little more simplistic than in the other modern games in the main series… not too much more simplistic… but a little. 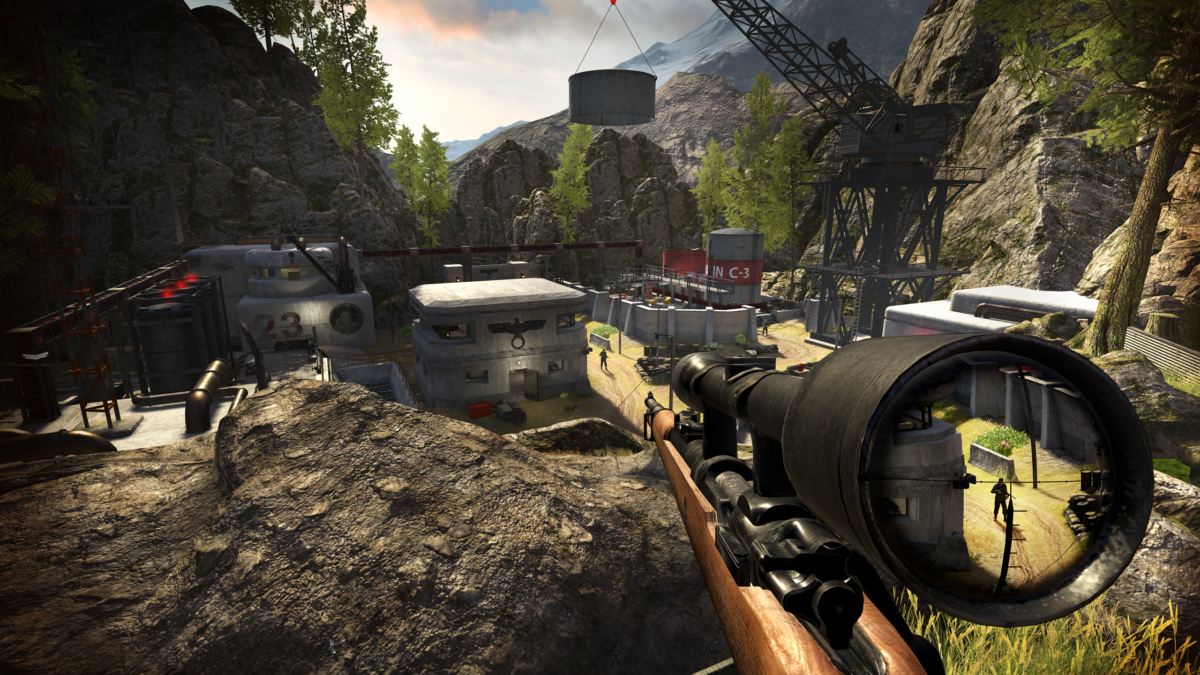 Motion felt quite decent, there are a few options, snap turn and free walk (head focused moving in the direction you are looking). The need to go through reloading motions will make you all the more aware of your current ammo count as every shot matters when reloading takes enough time for an enemy to get a bead on you and take you out. The more frantic portions, when stealth is no longer an option are perhaps a little less fun and can feel a bit clumsy… but that could just be me… I’d much rather find a spot some distance away, line up, wait for a roll of thunder or other loud noise then pull the trigger 200 plus meters away and then watch my victim drop in the distance.

There’s a decent chance players equipment will be a significant factor in how “fun” this game is… I found it quite enjoyable using an Oculus Quest 2 via Air Link, movements seemed responsive, reloading (once I got used to it) felt quite smooth and I could get into a comfortable rhythm (which I haven’t in some other shooter VR titles). If in doubt… wait for a sale, but if you are a fan of the series you will have a pretty good idea of what to expect here… but now you can enjoy it in the far more personal VR perspective. I’d recommend it.