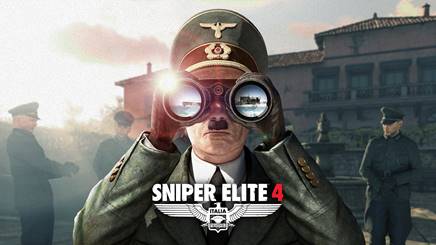 The first footage and screenshots of Sniper Elite 4’s Target: Führer pre-order content is here, offering a teasing glimpse at the dozens of different ways players will be able to assassinate the Nazi Commander-in-Chief. How many can you spot?

Featuring an expansive coastal environment – including a lofty U-boat facility packed with elite Nazi troops and the kind of environmental hazards that would make any health and safety inspector run for the hills – players will get a fantastic taster of Sniper Elite 4’s open-ended approach to tactical third-person combat, rewarding not only their sharpshooting skills, but also their wit and creativity.

Designed for 1-2 players and offering hours of replayability and dedicated achievements and trophies for discovering some of the most unique kills, Target: Führer offers a substantial and thrilling bonus for fans who pre-order Sniper Elite 4 before launch.

Target: Führer is included FREE with ALL retail and digital pre-order editions of Sniper Elite 4 and will also be available to purchase when the game launches worldwide on February 14th, 2017 for PlayStation 4, Xbox One and PC.

To find out more, head on over to Xbox Wire.