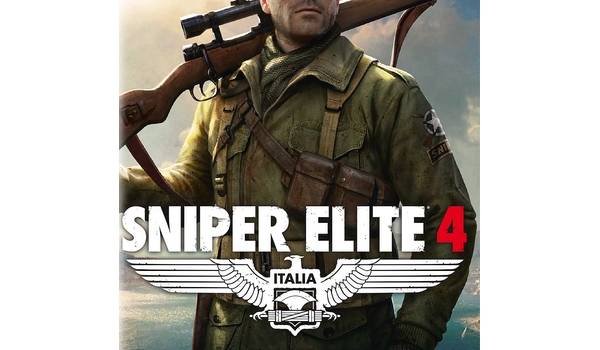 Summary: The Switch has now been out for about 3 years, in that time we have seen quite a few older Triple A titles get re-released onto the Switch. Games like Skyrim and LA Noire and newer games like Doom 2016. Of the many titles we have seen varied performance.

The Switch has now been out for about 3 years, in that time we have seen quite a few older Triple A titles get re-released onto the Switch. Games like Skyrim and LA Noire and newer games like Doom 2016. Of the many titles we have seen varied performance.

After defeating General Vahlen and ending Project Ratte in North Africa in Sniper Elite 3. SOE Sniper Karl Fairbourne is sent to Italy and the Island of San Cellini to find, destroy and Eliminate a new Radio Guided missile being built in Scilly. Karl must work along with SOE informants, the Scillian Mafia and Italian Partisans. Will this uneasy Alliance work out or will the Nazi’s be able to stop Operation Avalanche from coming to fruition by assasinating General Eisenhower Allied Commander of Operations in Italy.

Like previous installments Sniper Elite 4 offers the player various ways to complete a mission. This can include being a true Sniper and holding up in a Sniper Nest using environmental assistance like Planes flying over or Tanks moving etc to mask shots. You are also able to play as an aggressive Sniper who likes to run around taking shots and moving.

Sniper Elite 4 separates itself from the last installment by offering larger maps and more verticality, this was made to allow Players to have “sniper paradise” and the ability to make the “real long shots” According to Rebellions Head of Creative Tim Jones. These larger map sizes really do give the player the freedom to complete a level in the way they want, similar to the newer Hitman games.

Along with the increase of map size Sniper Elite 4 introduced a new movement system which finally allowed the player to climb onto ledges and really freely move around the levels without feeling as confined.

Of course no Sniper Elite game would complete without the famous X-ray slow-mo kills so you can see exactly which organs of the poor unfortunate enemy you have eviscerated. Of course this cut scene can be skipped in game or turned off completely in the setting. Which is useful especially when in larger battles and you are trying to keep the momentum going. 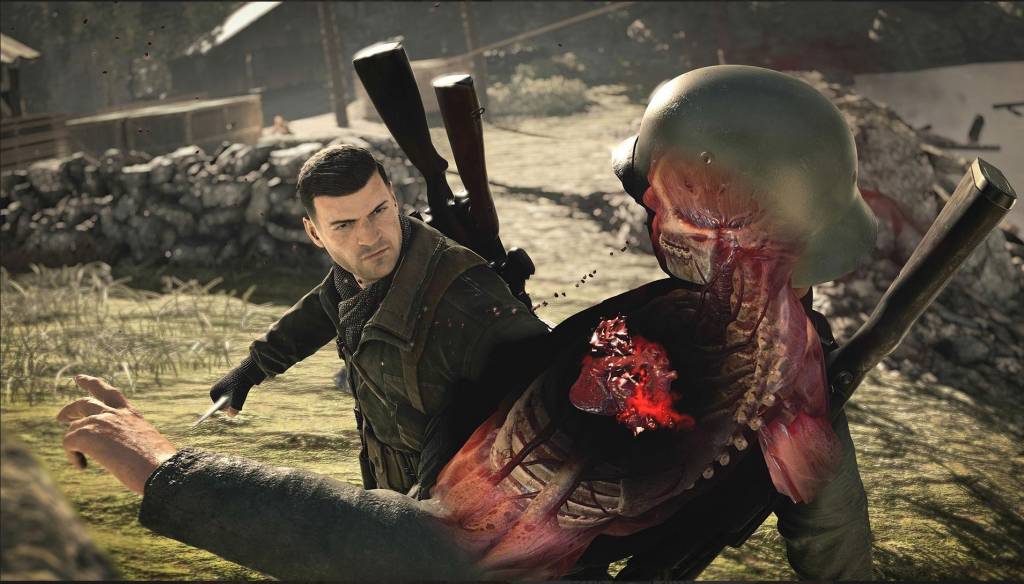 Now onto this specific version, The Nintendo Switch has been left behind by a lot of the bigger AAA FPS titles like Call of Duty and Battlefield. Whilst Sniper Elite 4 is good and does work well on the switch there are some issues which need to not be ignored.

The Controls whilst the same as the other consoles versions they do have the drawbacks in Handheld mode. Due to the small buttons and style of grip you find with the Switch Joycons it can at times be frustrating whilst trying to aim up the perfect headshot. This can be improved in Docked mode which is the mode I recommend playing this title in. Having a Classic controller does alleviate a lot of the trouble with the fiddly mess that is the Joycon.

I also found times both in handheld and Docked mode that the game suffered from some minor Slowdown, this normally happens at times with the most action whilst this can be frustrating it’s not bad enough that it becomes unplayable.

Graphically whilst impressive for the Nintendo Switch this version does obviously lack compared to its Console and PC counterparts. That being said I was very impressed that this game handled very well with minimal to no screen tearing or graphical pop ins.

Overall Sniper Elite 4 for the Nintendo Switch is a very competent port, it is great seeing these bigger games ported to this console and I hope we see more of it in the future. Whilst the game is better in the docked mode, the handheld mode is still playable and is good for people who want that fix on the go. 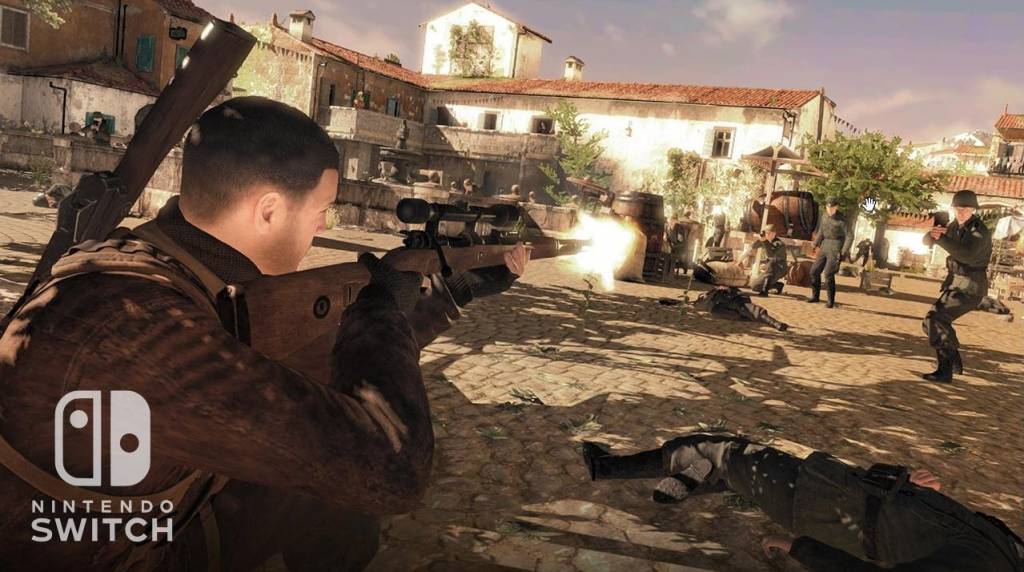