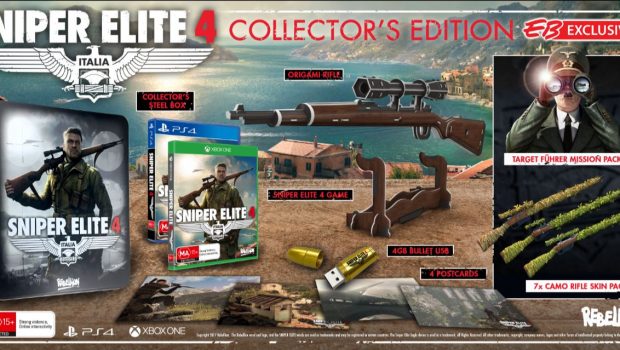 SYDNEY, 30 NOVEMBER, 2016 – Five Star Games is delighted to announce the Collector’s Edition for Sniper Elite 4, which is available to pre-order starting today for PS4 and Xbox One for $129.95.

Australian Sniper Elite fans will have everything they need to liberate Italy from the Nazis with this incredible Collector’s Edition with an Origami Model Rifle, Collector’s Steel Box, extra campaign mission, rifle camo skins and more! 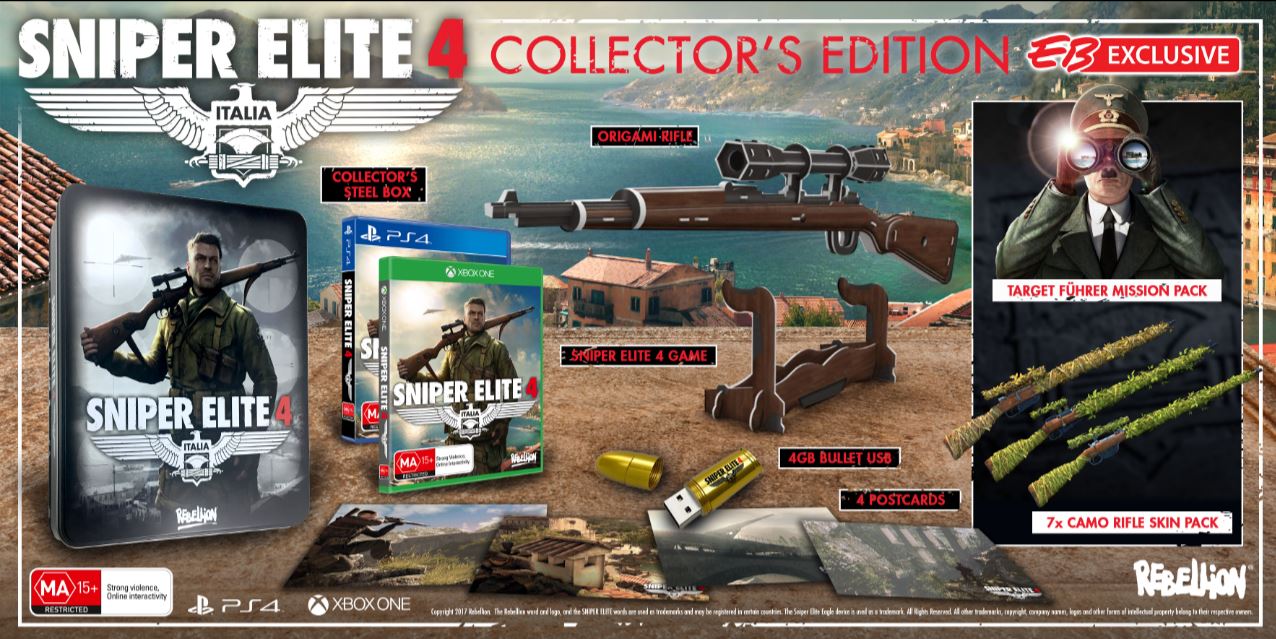 Players will once again set their sights on history’s most notorious tyrant in a forgotten corner of the Mediterranean where a secret Nazi U-boat facility threatens Allied shipping. When agent Karl Fairburne attempts to assassinate the base’s Commander, he finds his target already dead, executed in person by a shadowy visitor. Karl’s mission has changed: TARGET FÜHRER!

Players must destroy the imposing U-boat base and take down Hitler in as many ways as they can in this replayable campaign mission for 1-2 players.

Sniper Elite 4 is out in Australia on 14th Feb 2017 for PS4 and Xbox One and is available to pre-order now!