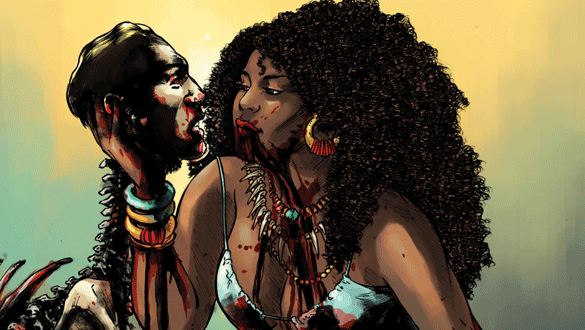 JOOK JOINT drops readers in the Deep South and introduces Mahalia, who runs the hottest spot in all of 1950s New Orleans—The Jook Joint. Here she keeps the jazz popping, people bopping… and the women? The women are to die for. There’s only one rule: “Keep your hands to yourself.” But some men think rules don’t apply to them, and Mahalia and her coven of slain women enjoy reminding them that they most certainly do…

Best described as American Horror Story meet Law & Order: SVU, JOOK JOINT is a comic unlike any other. When asked in an interview with The Hollywood Reporterabout her departure from BINGO LOVE’s romance and shifting to horror, Franklin described her long-time love of the genre.

“Stephen King’s It—the hardcover edition—was the first book I can remember checking out of the library; I was 10 years old. I could not put this book down. I would take It out of my backpack, on the 6 train or the No. 36 and 15 buses to Harlem, and read until it was my stop. I finished It in two days. Then it was on to Pet Sematary, Salem’s Lot, Misery, and after I finished a majority of his collection, I moved on to other horror writers,” said Franklin. “I wanted more, and I found Japanese horror—Takashi Miike is my favorite director. Four years ago was when I had found out about the existence of horror comics, and there was no going back. I love a good scare, creep-out, and, of course, anything bloody and full of gore. Don’t judge me when I say this, as I realize I sound rather serial killer-ish, but horror makes me feel warm and fuzzy inside. Horror is truly my happy place.”

The #1 issue will also feature a special Cover B showcasing Mike Hawthorne’s artwork, the proceeds for which will be donated to Joyful Heart Foundation, a non-profit founded by celebrity Mariska Hargitay, which stands to transform society’s response to sexual assault, domestic violence, and child abuse, support survivors’ healing. 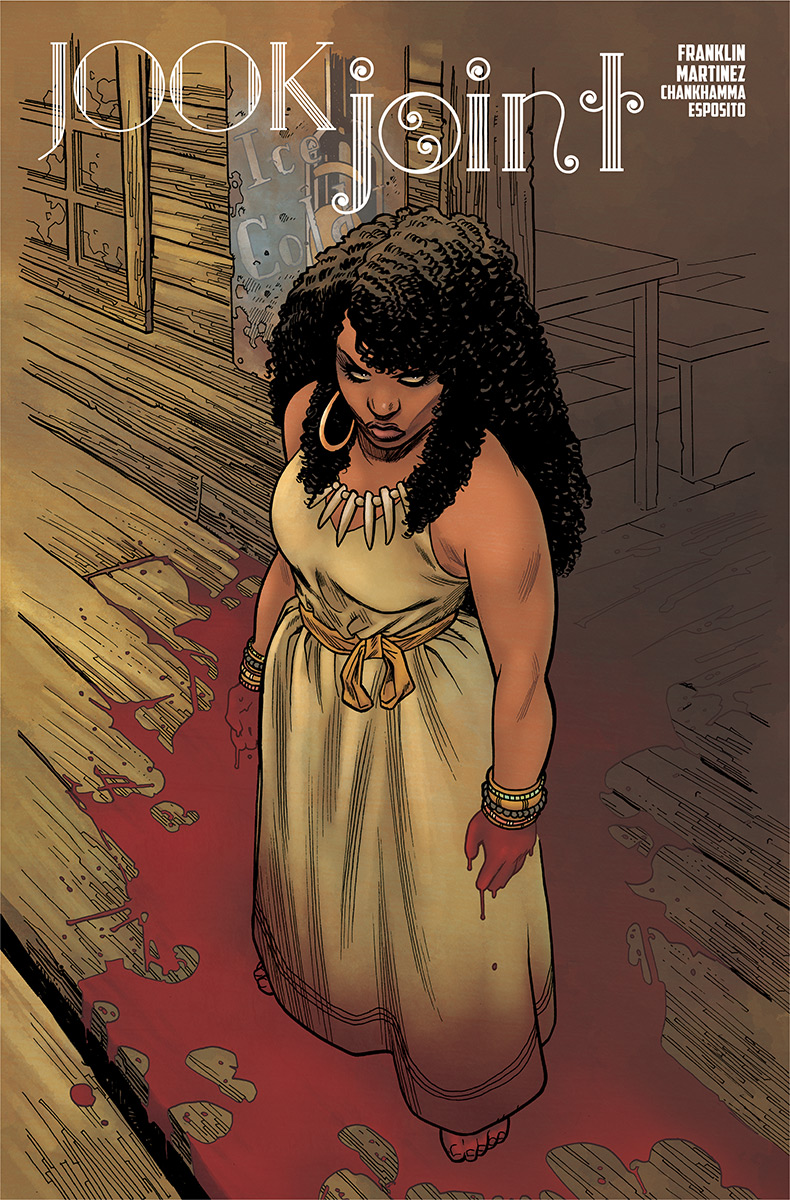 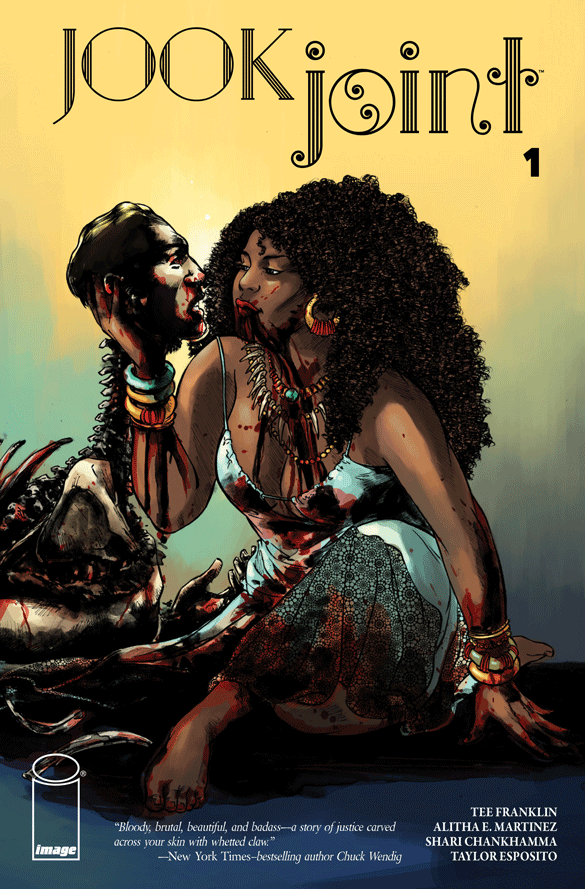 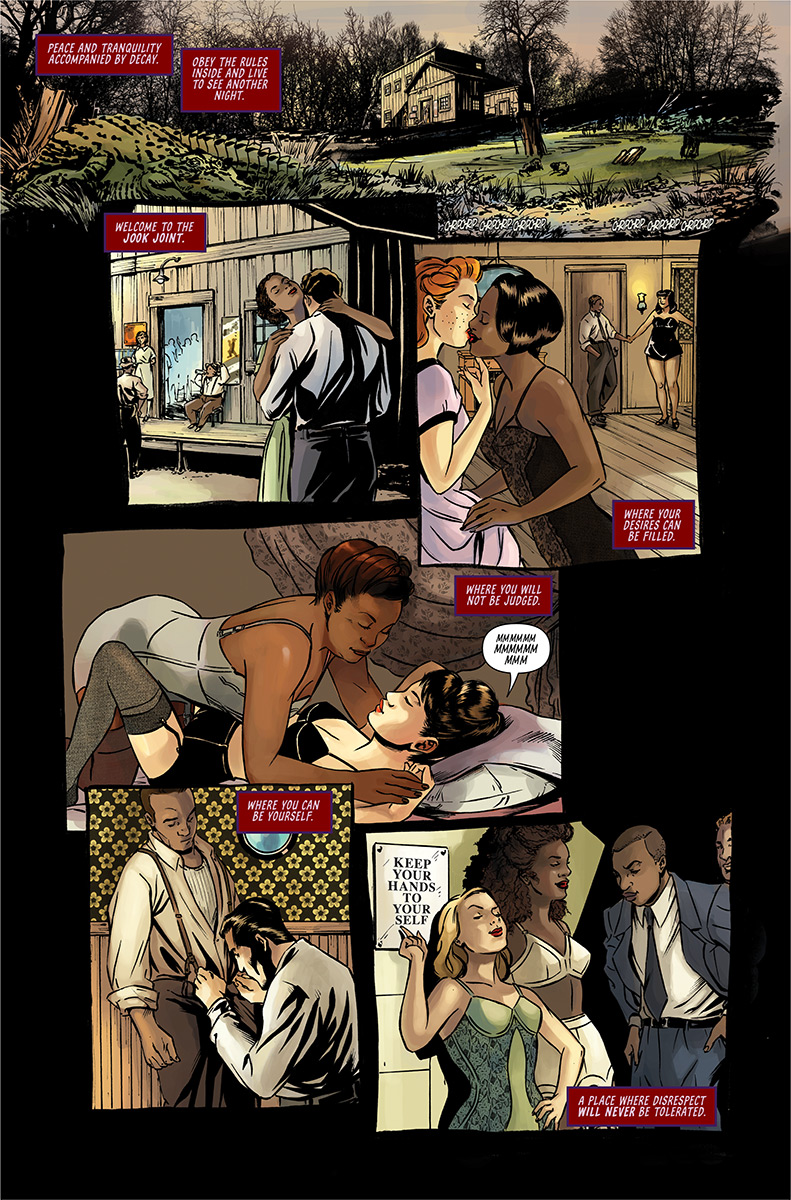 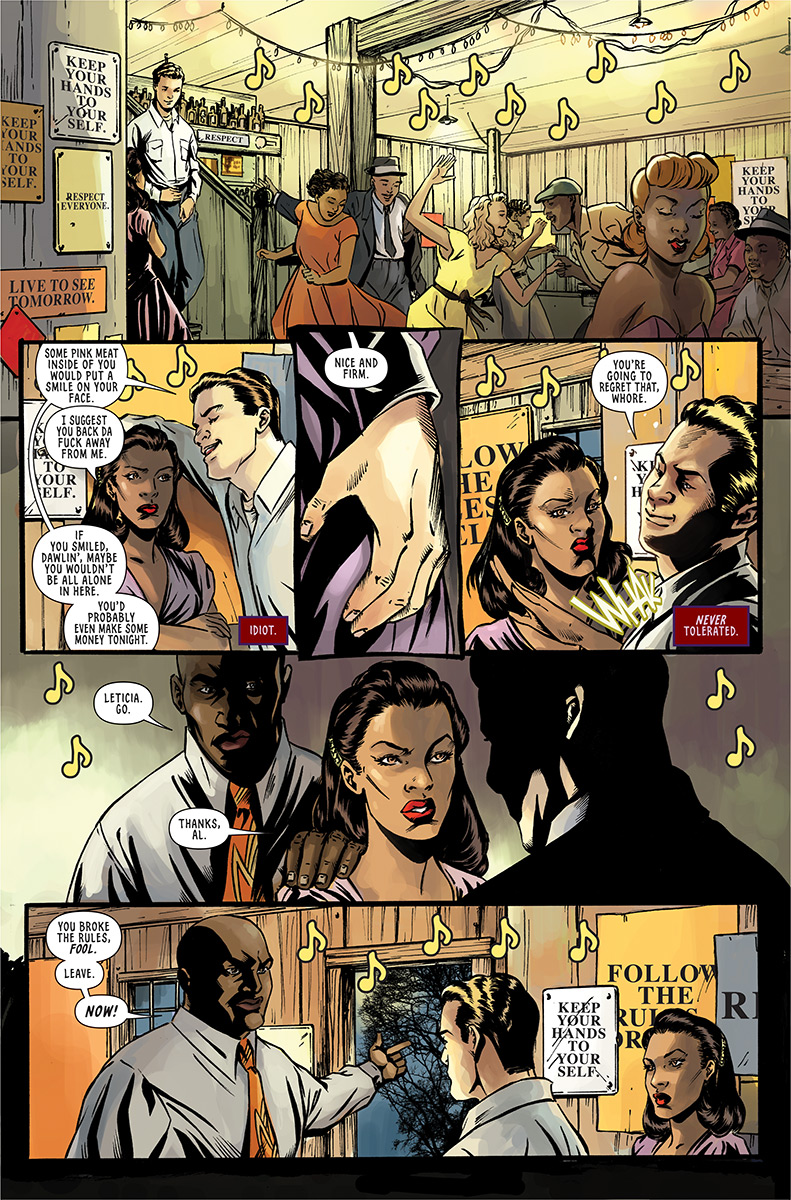 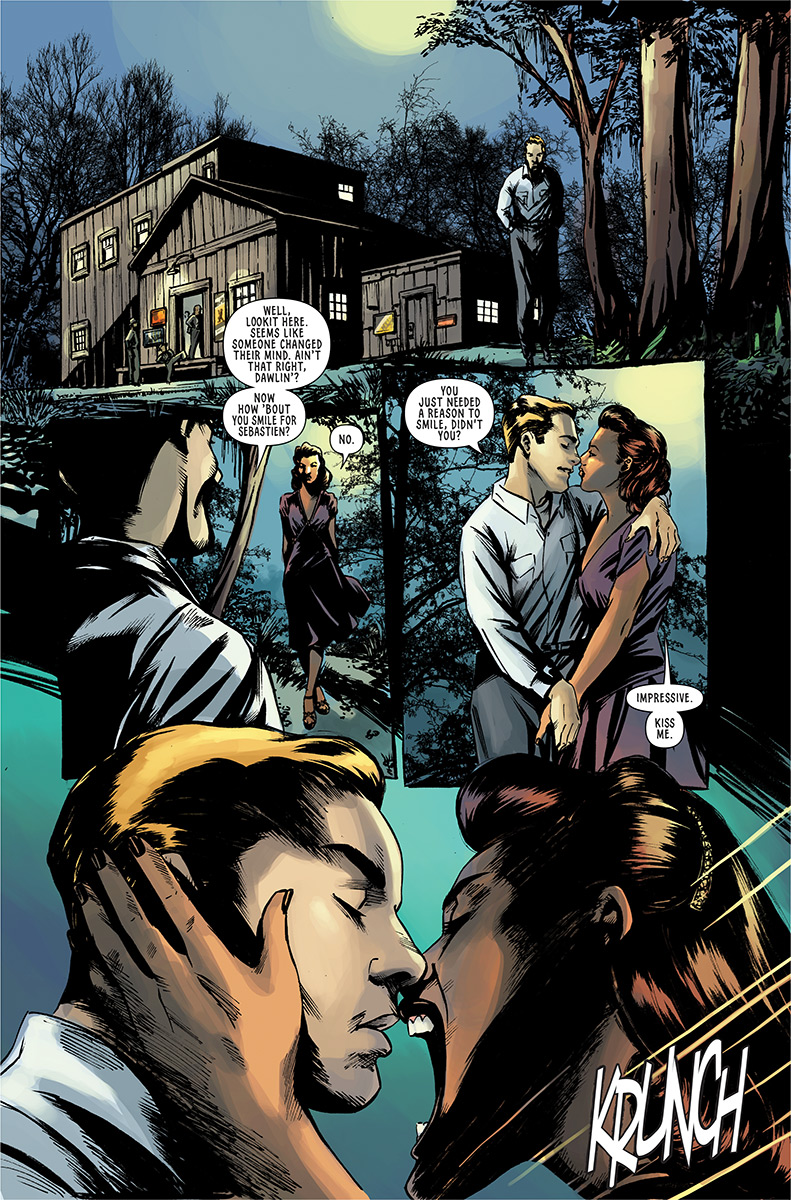 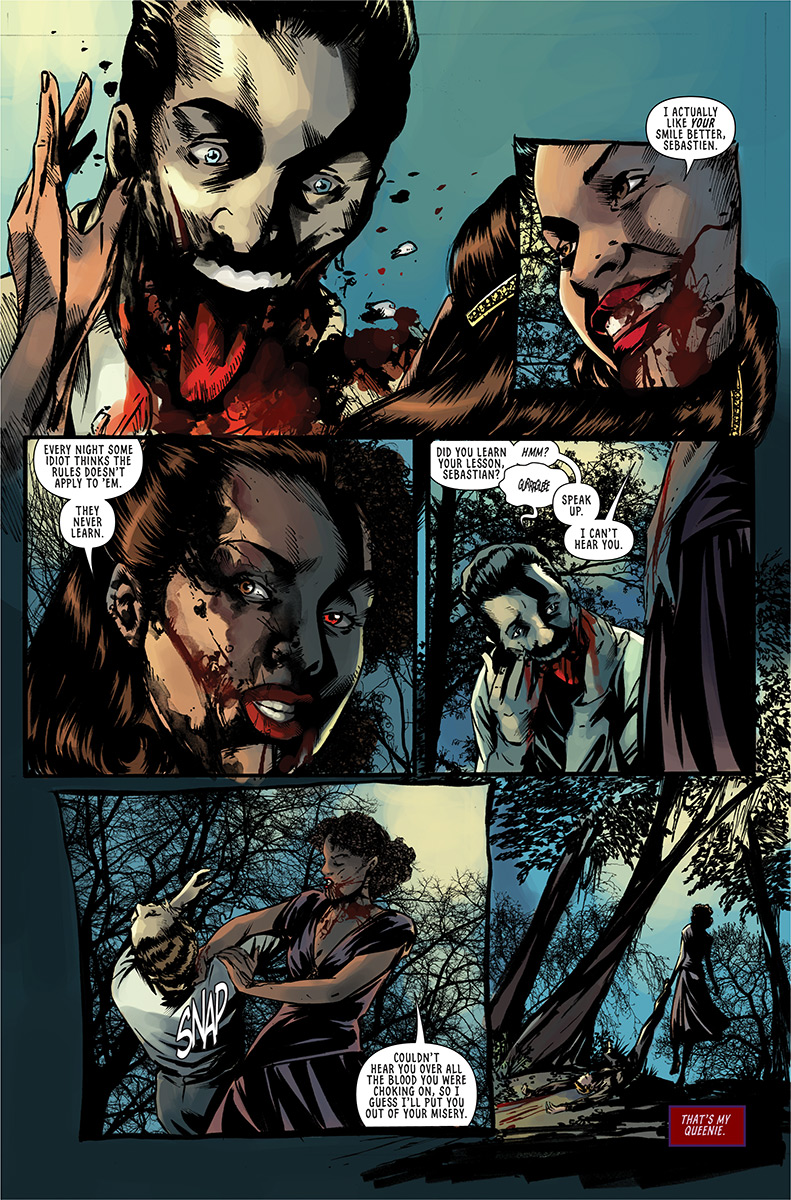 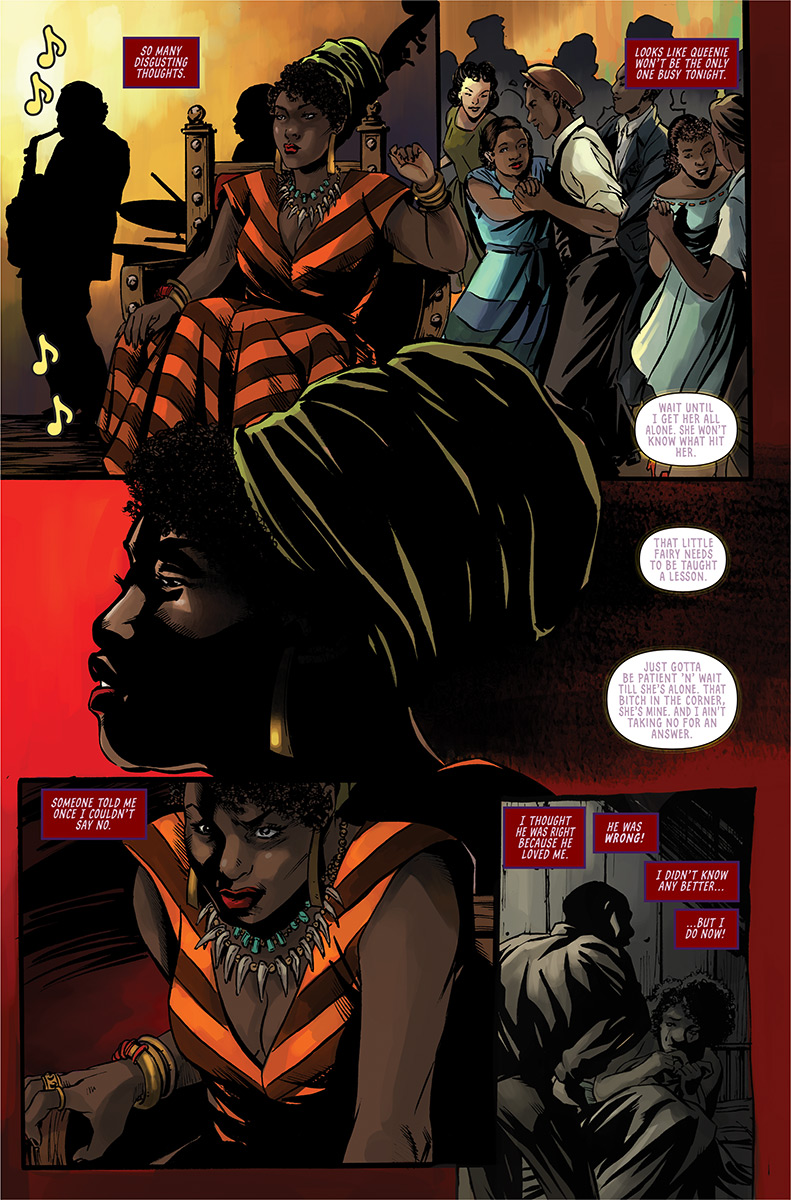