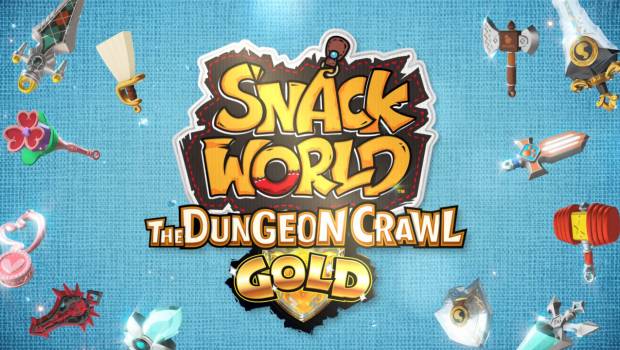 Summary: What Snackworld: The Dungeon Crawl - Gold lacks in gameplay depth, it makes up for with it's great sense of humour and vibrant style

After playing through Snackworld: The Dungeon Crawl – Gold, I have a sneaking suspicion that the folks over at Level 5 have more fun designing the systems for their games than they do actually playing them. I got the same impression after playing through Fantasy Life a few years ago, another terrific Level 5 third-person action game with a number of interesting gameplay systems, but rather shallow and oftentimes broken gameplay. That description of Fantasy Life also works for Snackworld, yet I still genuinely enjoy playing both games despite their flaws. 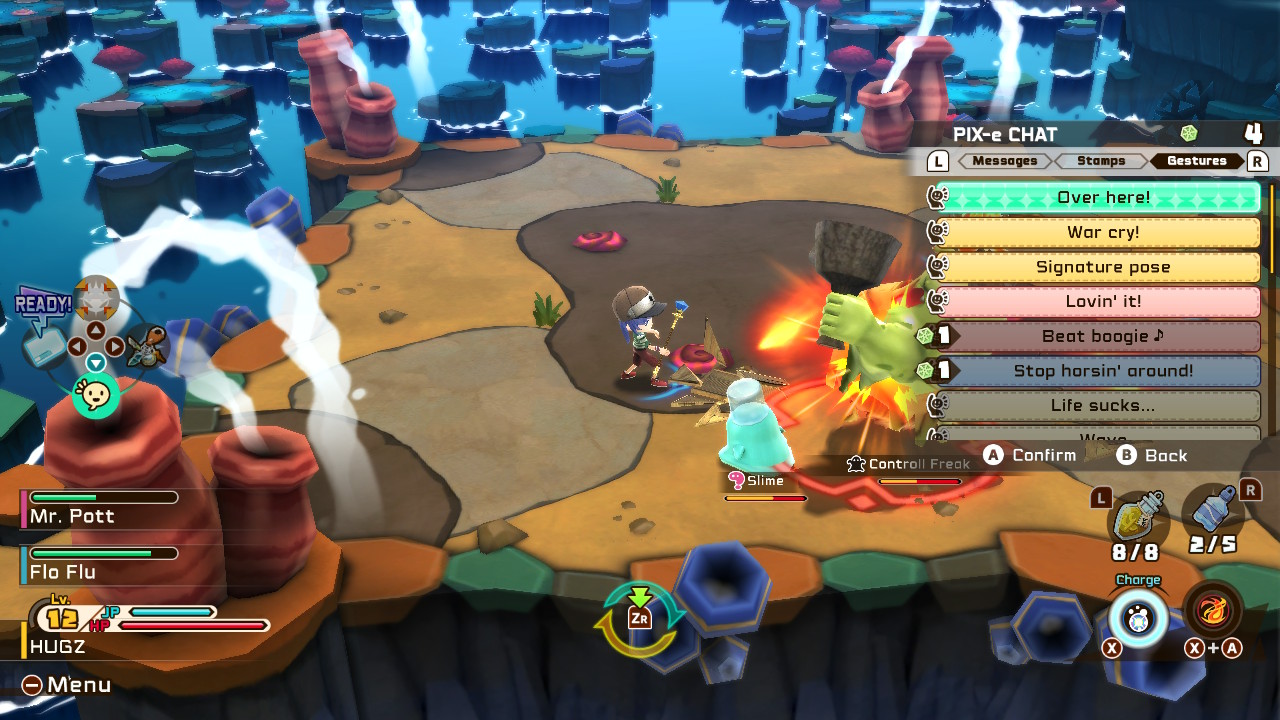 Snackworld: The Dungeon Crawl – Gold is the western release of the same game that has been available in Japan for some time now. It’s the latest video game entry in a popular multimedia franchise, which has seen an anime series, multiple manga releases and a line of toys-to-life products that, unfortunately, aren’t compatible with this western release. The general premise follows the protagonist Chup in a silly pun-filled fantasy world where knights and princesses have cell phones and adventurers collect companion monsters called Snacks to assist them in battle. The folks behind this franchise also have ties to Yo-Kai Watch and Ni No Kuni, so they’re no strangers to coming up with kooky fantasy worlds. 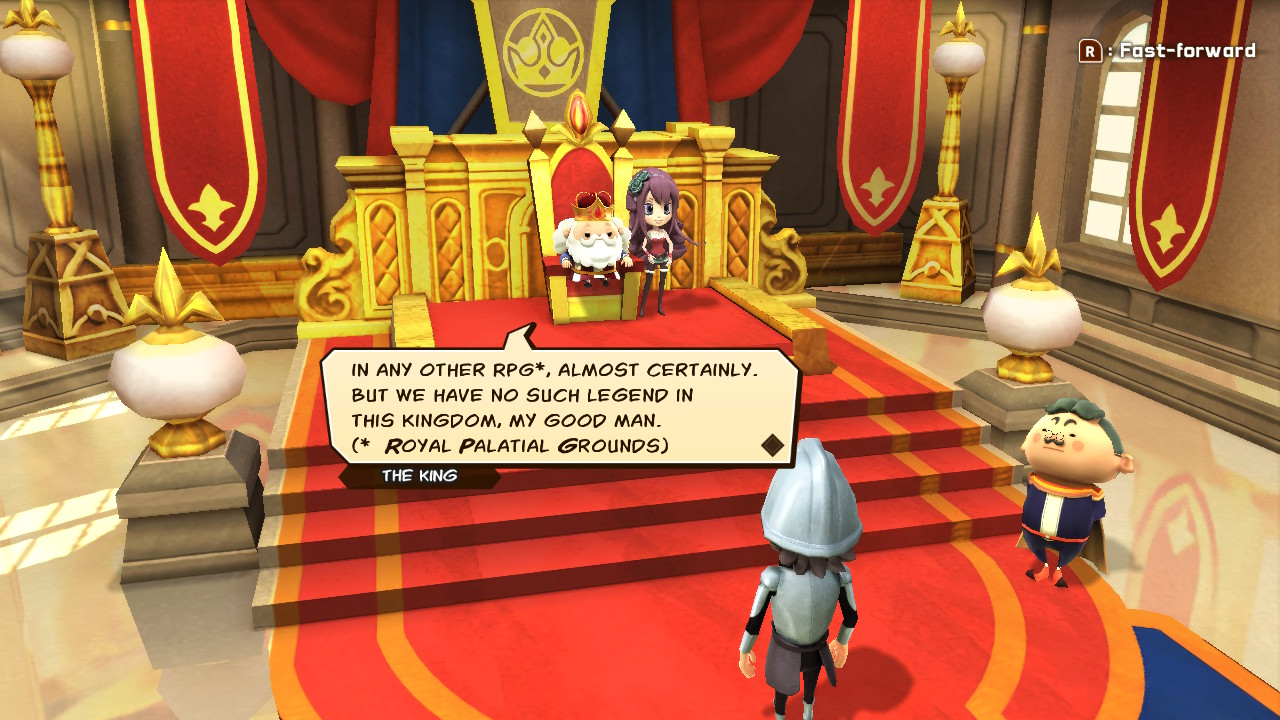 You play the role of a voiceless protagonist that goes from amnesic vagrant to royal errand-runner and eventual realm defender faster than you can say the game’s full title. Each mission is bookended by humourous cutscenes featuring your avatar alongside a cast of colourful characters as they trek through fantastical lands and slay monstrous creatures all in the pursuit of that sweet, sweet loot. The whole game has a delightful ‘Saturday morning cartoon’ vibe that will make you want to track down every side quest and errand you can find, just to see more of the absurd humour that Snackworld does so well. 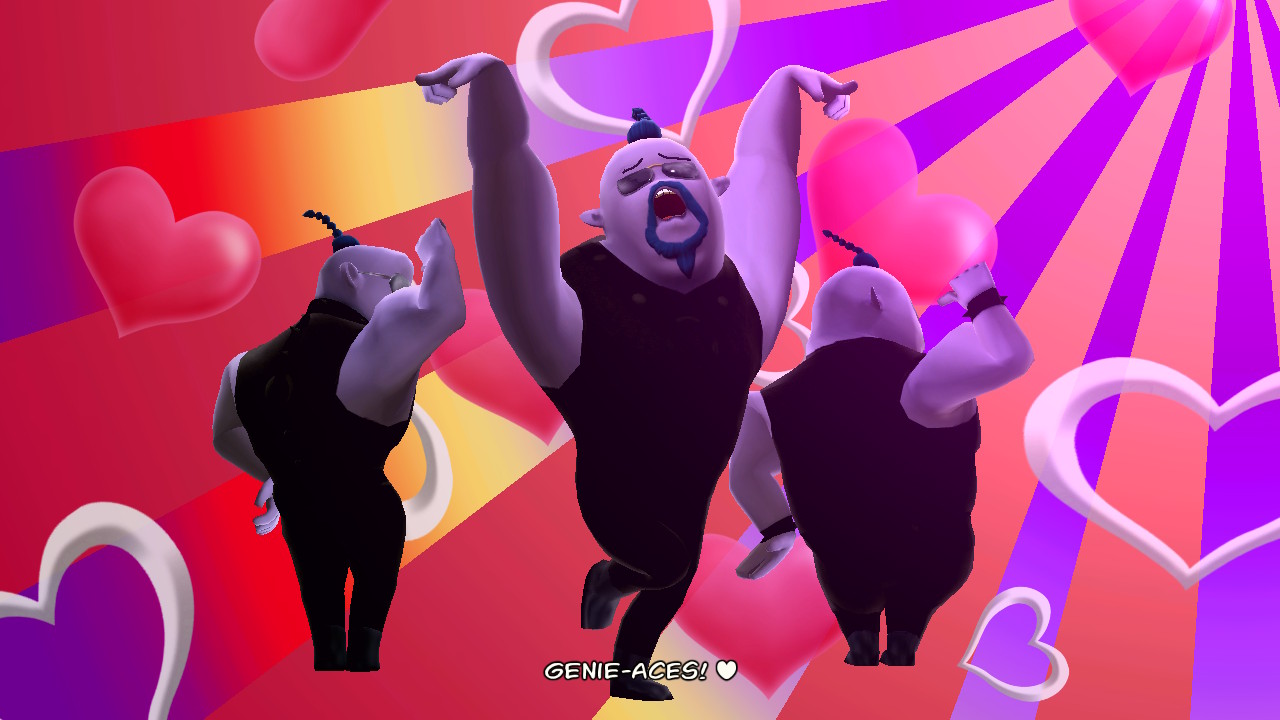 In terms of gameplay, Snackworld: The Dungeon Crawl – Gold is fairly straight-forward to explain: it’s a story-driven, third person, hack-and-slash dungeon crawler with a strong focus on looting materials to upgrade gear. You’ll pick up quests by talking to people around town, then you’ll prep your equipment, select your Snacks (creature companions) and grab some temporary stat buffs before embarking on the mission. Each mission drops you at the start of a procedurally generated dungeon where you’ll progress through endless waves of enemy creatures until you reach the objective. Objectives usually involve defeating certain enemies, however you’ll sometimes just need to get to the end of a dungeon or collect a number of items. 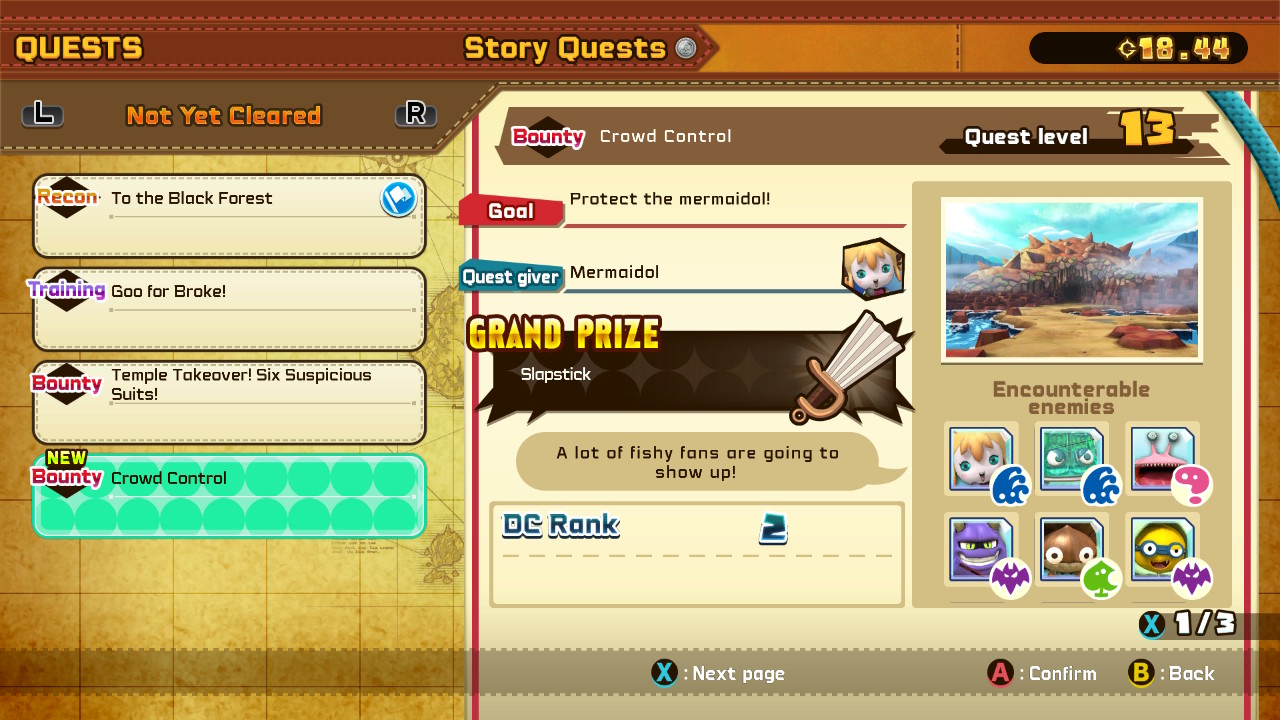 The combat mechanics in Snackworld are generally quite fun, if a little shallow. Each weapon has a basic attack, a special attack with a cooldown and an ultimate ability that is charged up over time. You can also summon friendly Snacks and take control of them temporarily, but they’re generally much weaker than simply engaging in basic combat. This is true for your companion Snacks as well; their damage output is far less than yours and they tend to be more useful in distracting enemies than dealing reliable damage. 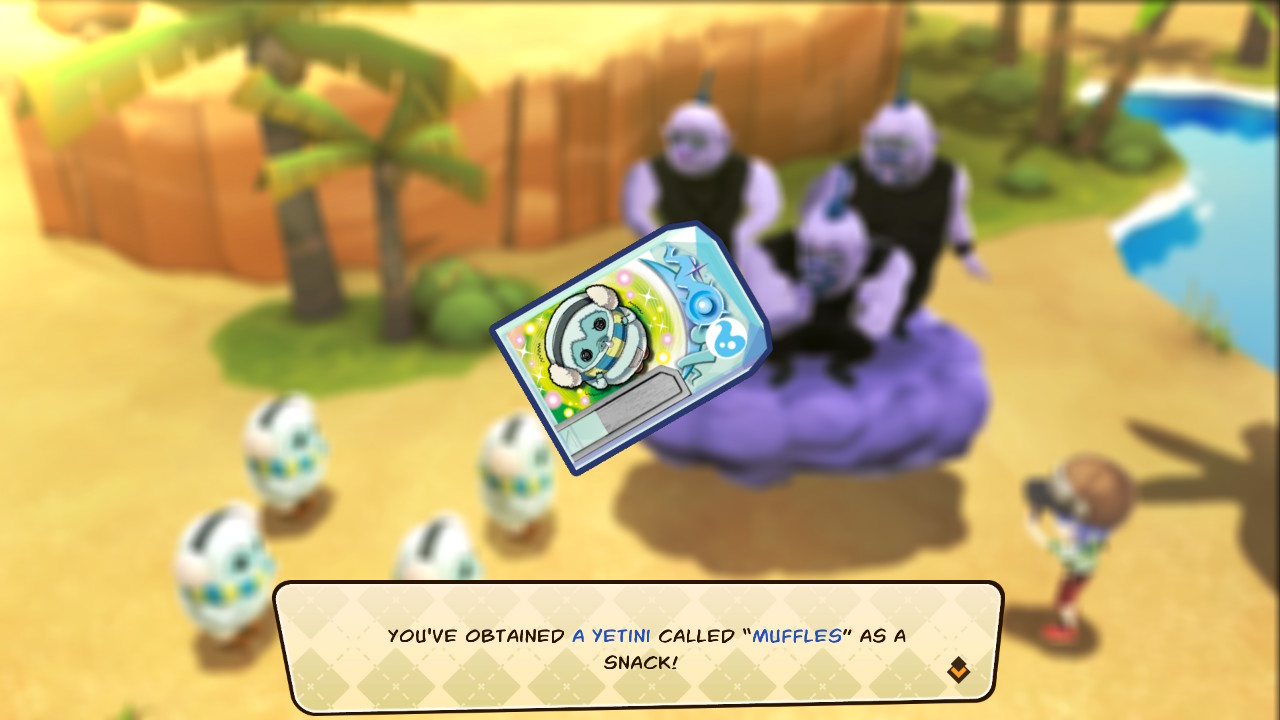 There’s a great variety of weapons available and different types of weapons have their own attack patterns, special attacks and ultimate abilities. Each weapon also has unique elemental damage stats that make it more or less effective against certain types of enemies, so you’ve got an incentive to try out new gear and find new stuff to ensure you’ve got the most efficient load out. 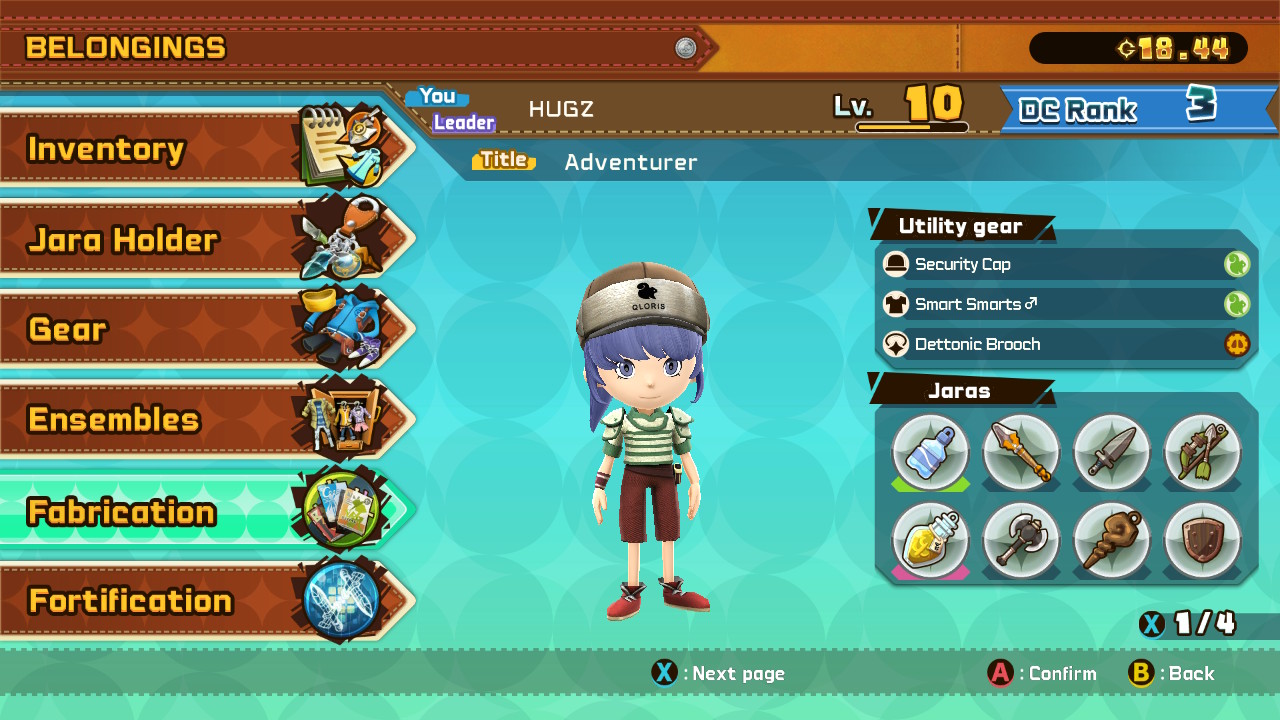 The different elemental types of weapons also affects the type of loot that certain enemies drop. So if you’re desperately searching for more purple essence to craft that new armour set that you’ve been eyeing off, you can spec your gear and undertake specific missions that feature enemies that are more likely to drop that type of loot. Unfortunately, the crafting system is a little convoluted and the game’s economy seems like it needs some tweaking. New gear costs too much to buy outright and some rare materials required to complete upgrades are just too scarce. It was a good 3-4 hours into my play through before the crafting system became a viable progression pathway. 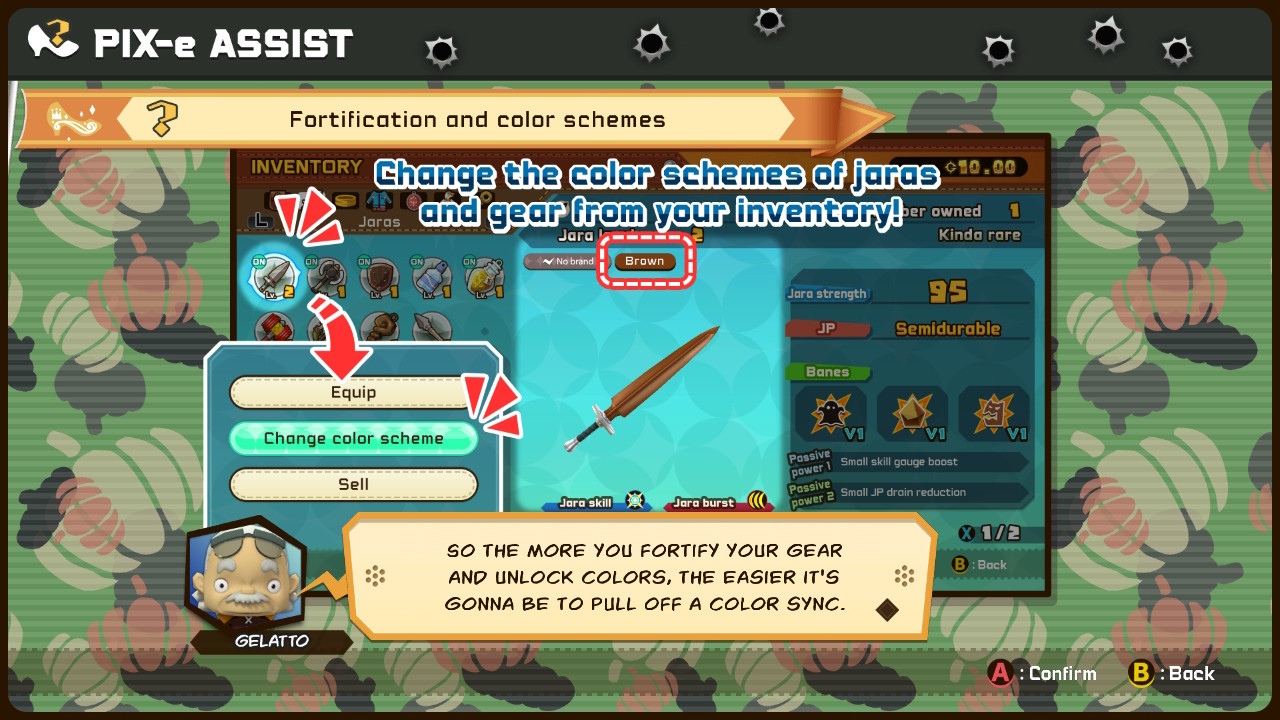 Yet my main problem with Snackworld: The Dungeon Crawl – Gold is in the level design. The first few story chapters put you in relatively linear dungeons that are essentially wide-open corridors with minimal branching paths. These levels are fun and simple to move through as you explore the little nooks and crannies for hidden loot, and they allow you to manage enemy encounters at a leisurely pace. 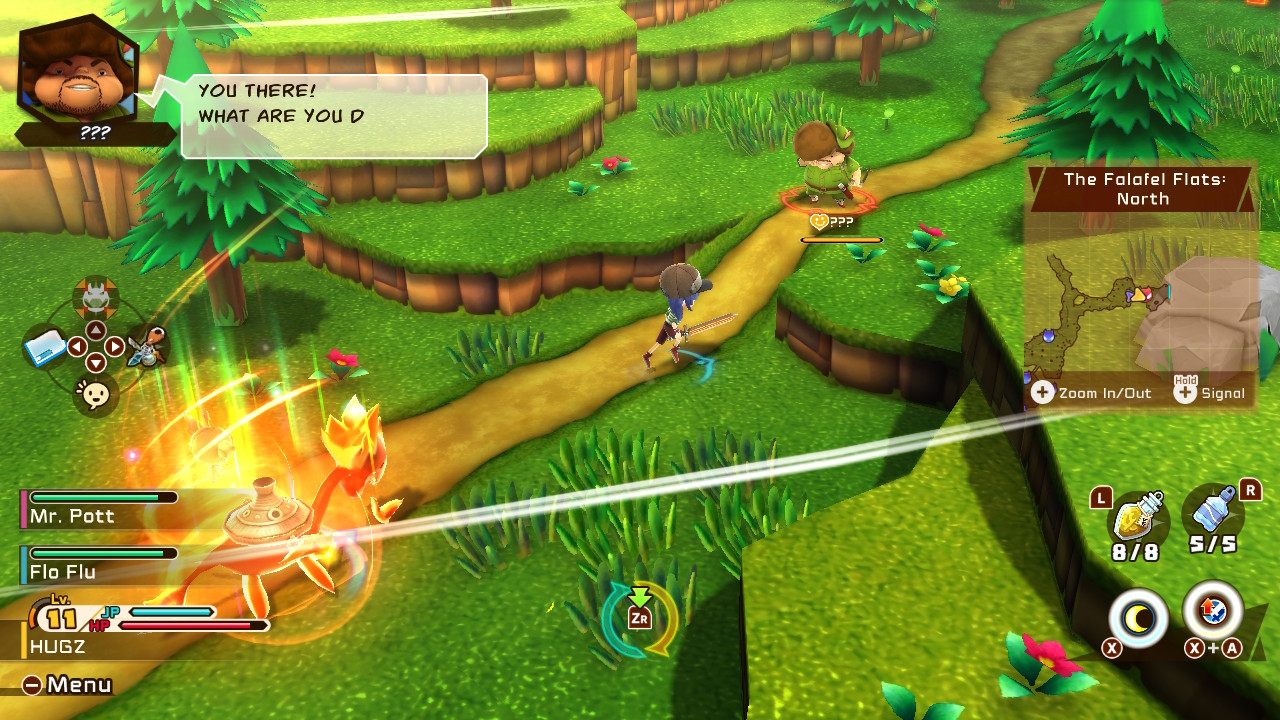 However, as you progress through the game, dungeons become more convoluted and labyrinthine in their design. Dungeons eventually devolve into twisted mazes, which becomes a huge problem as you only have a certain amount of time to clear an objective before an ultra-hard enemy spawns to hunt you down, assumedly to ensure players aren’t farming the endless waves of monsters for materials. This becomes particularly annoying when you’re searching for a certain monster that holds a key to unlock the door to move forward and you’re struggling to make your way through the seemingly endless repetitive maze of corridors. Plus, you’ll frequently encounter enemies that can stunlock your entire team to death and if you’re not paying careful attention you’ll trigger traps that hide your map, making it even harder to find your way out. 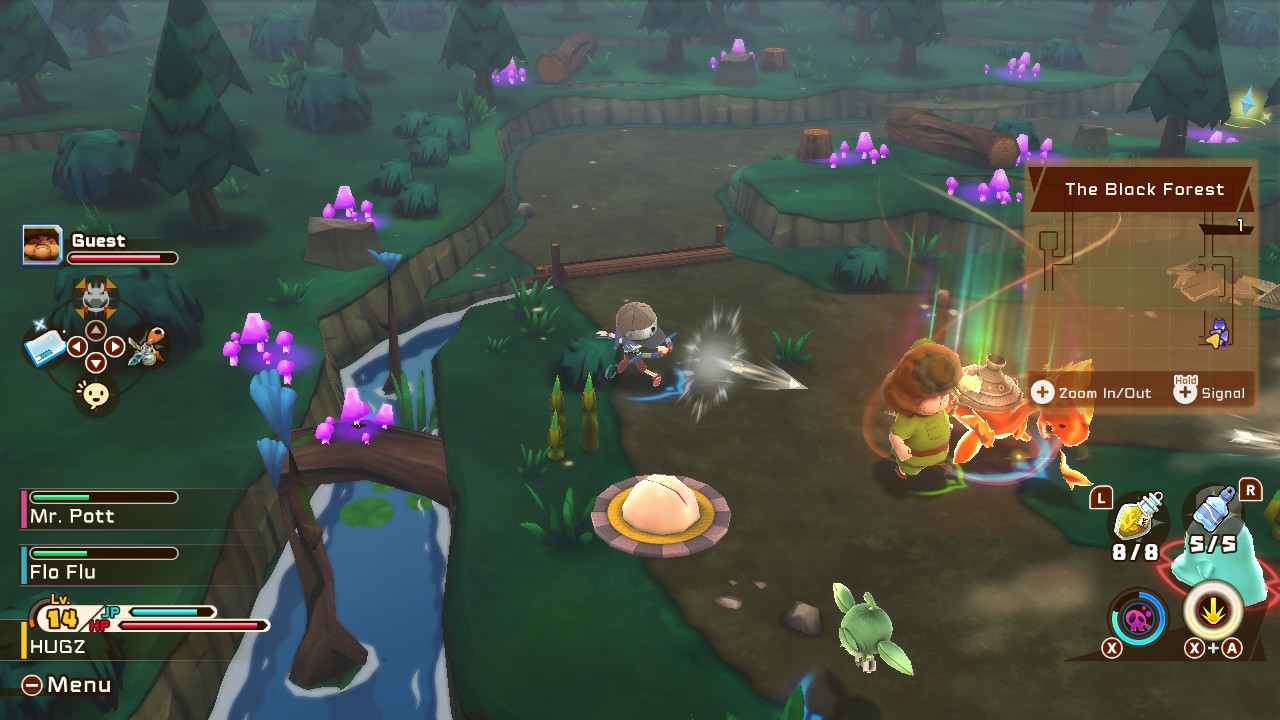 With that being said, the penalty for failure in Snackworld is simply having to restart the dungeon again. You may lose 10 to 30 minutes of progress depending on the mission, however you’ll get to keep all the loot and experience you’ve acquired during that run, so you are always making progress, even when you fail. 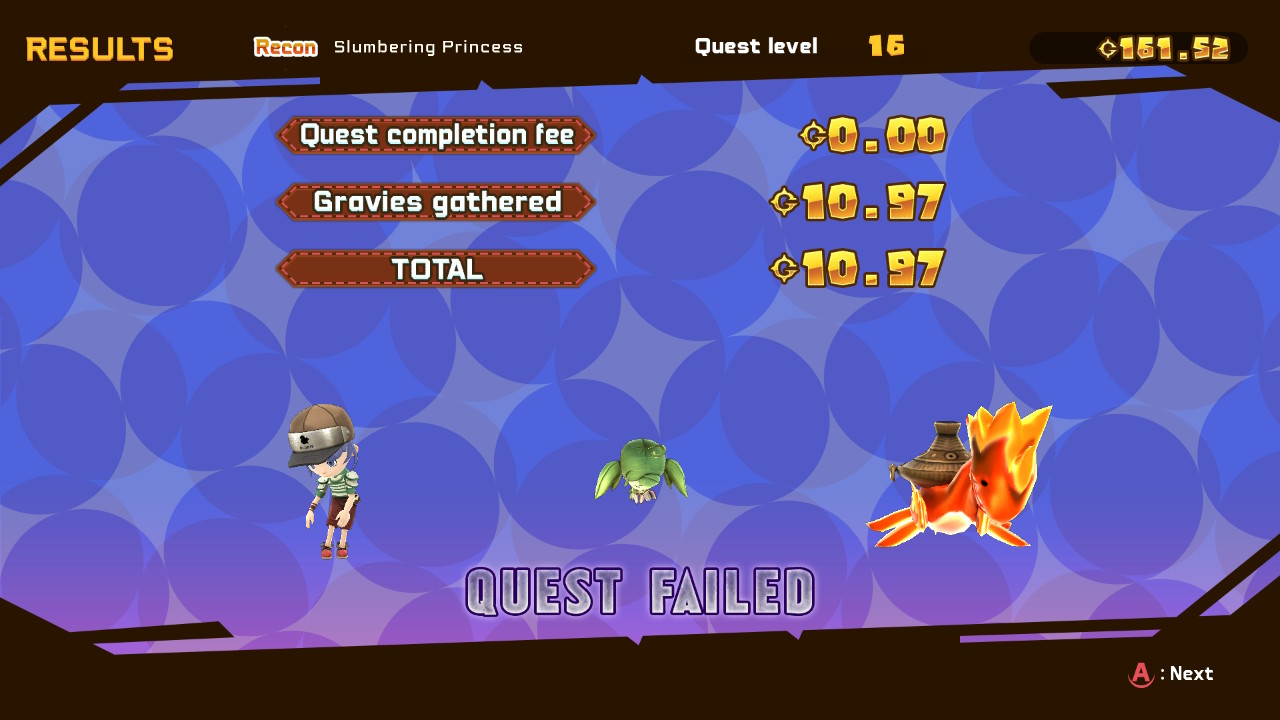 Snackworld: The Dungeon Crawl – Gold features online multiplayer where you can team up with friends and strangers to take on missions together. I wasn’t able to find anyone to partner up with during the review period, however if the player base is active once the game goes live, the multiplayer will undoubtedly be a great way to play through the campaign and quest for loot. You can also trade weapons and gear with friends online so there won’t be any squabbling over loot drops. 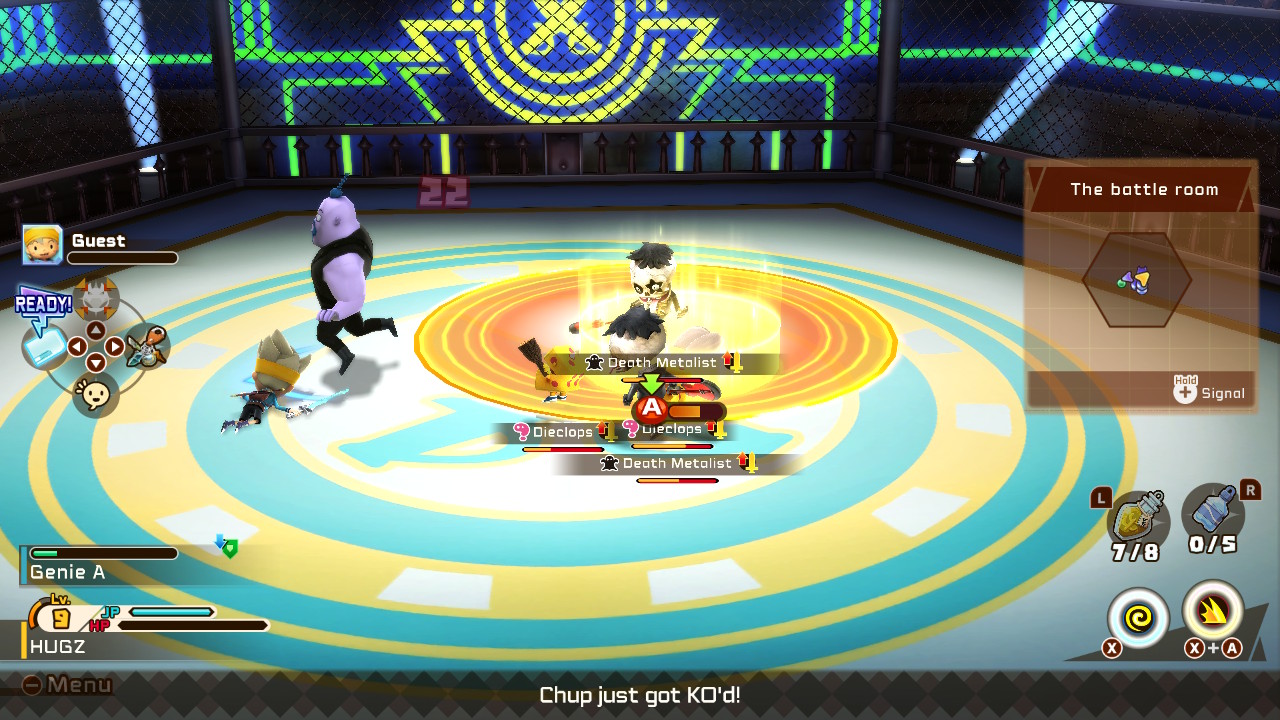 Snackworld: The Dungeon Crawl – Gold is a sweet treat, despite a number of flaws. The combat system isn’t as deep or mechanically exciting as some other dungeon crawlers, but it is quite fun and offers a satisfying challenge. The crafting system is a little too obtuse and the economy could use a little tweaking, but the sheer variety of unique weapons and gear available for upgrade is enough to make the loot drops feel exciting. Yet the real drawcard that makes Snackworld so delectable is the silly, vibrant aesethtic that brings all these elements together. The game has a charmingly goofy sense of humour, it looks great and the soundtrack is terrific – so much so that you’ll overlook some of its more disappointing aspects. 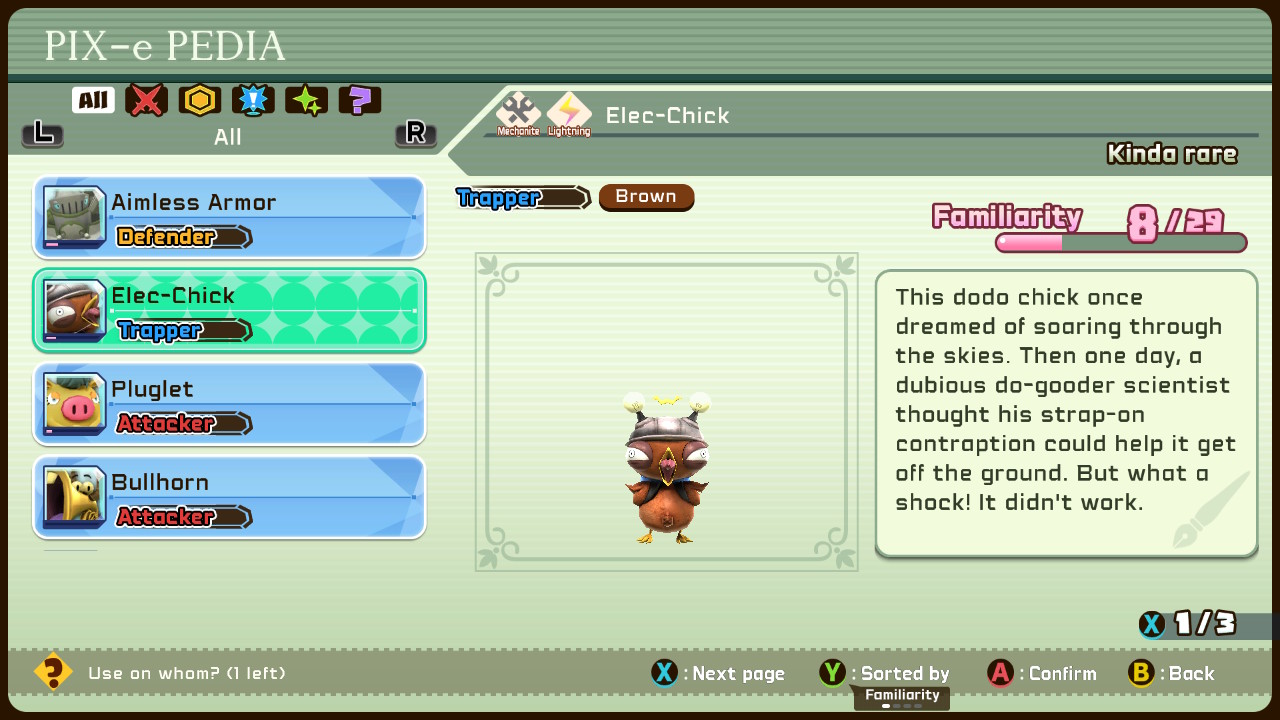 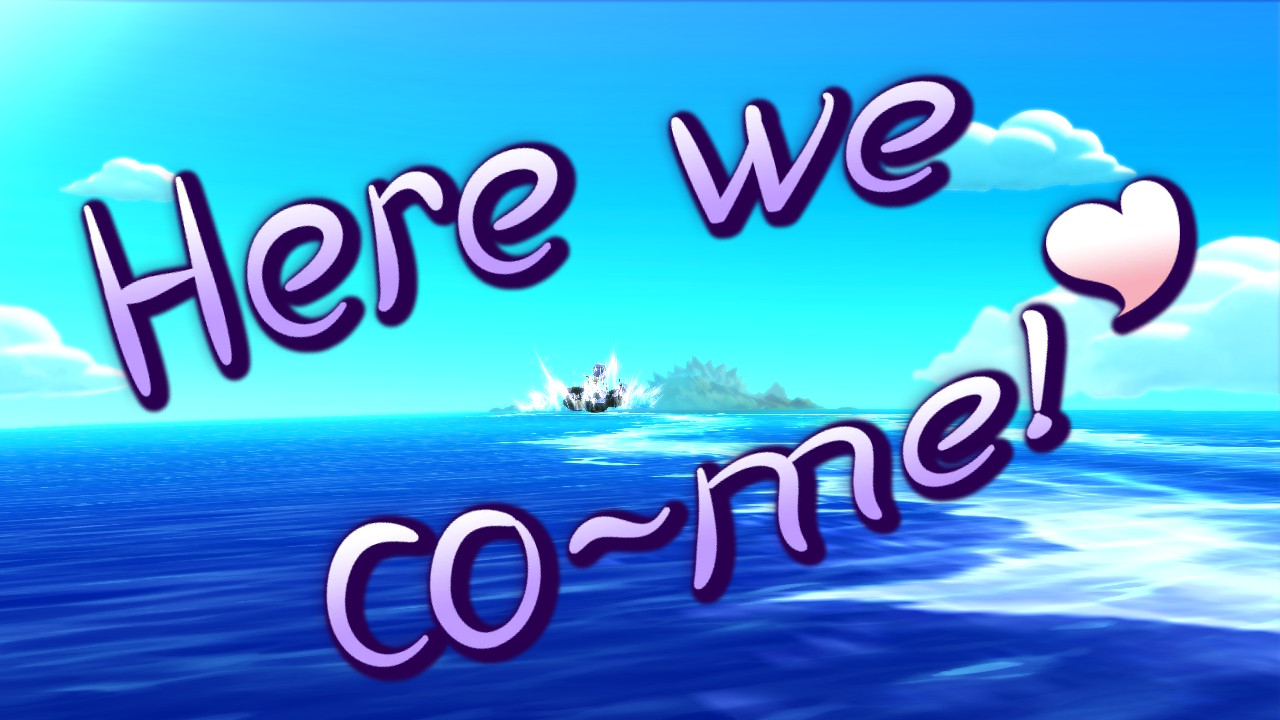