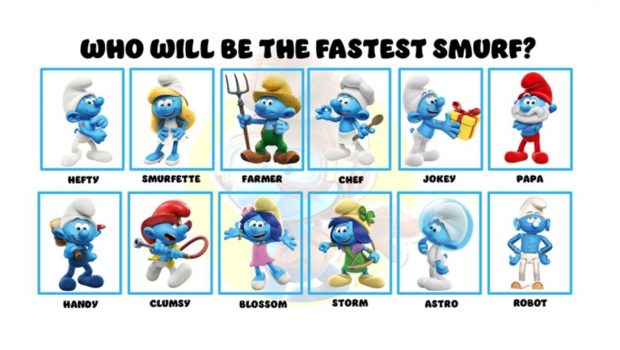 Publisher Microids and IMPS, the Smurfs license holder, are thrilled to present a new video for Smurfs Kart revealing some of the Smurfs’ Super Powers. Developed by Eden Games and well-known for their iconic racing games (Gear.Club Unlimited, Test Drive Unlimited, V-Rally), Smurfs Kart will launch onto Nintendo Switch on November 15th, 2022.

Watch the Smurfs Super Powers in a new trailer here

Want to be the fastest Smurf in the village?

Choose your favourite Smurf among the 12 playable options and master their unique Super Power. Everyone will know who the fastest Smurf is!

In Smurfs Karts, getting the best start, taking shortcuts or using bonuses will help players rise in the rankings, but players will also have to rely on the Super Powers of their chosen Smurf to take the lead. Used at the right time, the Smurf’s Super Power will give the player a tremendous advantage, and the opportunity to change the course of the race and take players to the top of the podium.

The Super Powers can be found in the “surprise gifts” scattered all over the race. They are rare and will bring the player back in to top rankings in the race… some of the time! Use them wisely to make the difference!

Each Smurf has a unique Super Power:

Alone or with others, new beginner or experienced pilot… Everyone can Smurf the first place, and drive wild races with family or friends!