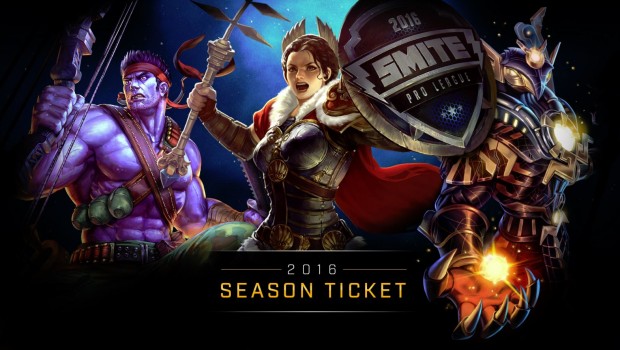 SMITE will be hitting Open Beta on the Playstation 4 on March 22nd, 2016!  The Battleground of the Gods, SMITE features more than 70 playable gods and mythological creatures from eight different pantheons around the world, all battling for domination across six intense game modes. This week, the game is fully open and Free to Play to anyone on the PS4.

Alongside the move to Open Beta, Hi-Rez is pleased to announce the arrival of Australian servers! The servers will be live Tuesday March 22. So PS4 players in Australia and New Zealand will be able to pull off even more impressive skill shots, daring escapes, and coordinated team plays.

Already a feature packed game, SMITE on PS4 has just been updated with the Japanese God of Thunder, Raijin, and the 2016 Season Ticket full of exclusive content and the ability to follow and tip the winners in SMITE esports – including Oceania Pro League matches.   As a living game SMITE on PS4 will continue to be updated regularly with new gods, skins and other content.

The PS4 Open Beta will be happening alongside SMITE’s 2nd Birthday celebration.  No matter which platform on which you play SMITE, you’ll get to join in with daily events, crazy sales, and more! The big offer is the Ultimate God pack, which is 50% off for the first time ever.  Already a great deal, this is practically can’t be passed up.  The Ultimate God Pack (normally 44.95 AUD) provides access to every god in the game, and automatically unlocks all future gods as the game evolves. The God Pack sale lasts from the 22nd to the 28th.