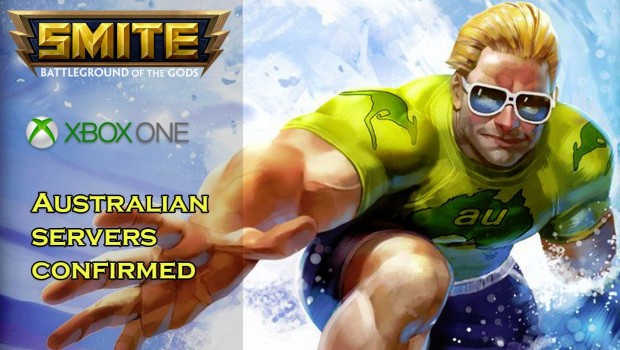 MELBOURNE, JULY 3, 2015. Hi-Rez Studios, developer of free-to-play SMITE, the mythology-themed third-person action game played by over 7 million people, today announced that the Xbox One version of SMITE will have Australian servers live alongside the launch of the Open Beta.

SMITE on Xbox One is currently in Closed Beta. Player accounts will transition seamlessly into the Open Beta, which will be publicly available to all Xbox One owners and is Free To Play.

By offering game servers hosted in Australia, players in Australia and New Zealand will enjoy smoother gameplay experience when choosing the Australia region for matchmaking or custom matches. Existing SMITE players preserve all god unlocks, experience, and cosmetics they have already accumulated.

The SMITE community is already enjoying amazing growth on PC, with a regular community play night, SMITE NITE, on Thors-days, and esports competition in an Oceania Pro League competition providing a pathway for an Australian team to attend the SMITE World Championships in 2016.

Designed from the ground up to play perfectly on a controller, SMITE is the first major MOBA to reach console and its action packed gameplay will test the skills of Xbox One players.

“We’re delighted to offer SMITE communities the best possible experience on PC and now console, and we are impressed with the growth of the game on PC in Australia. We are pleased to support the release of SMITE on Xbox One with dedicated Australian servers from next week,” said Andy Anderson, Xbox One Senior Producer, Hi-Rez Studios.