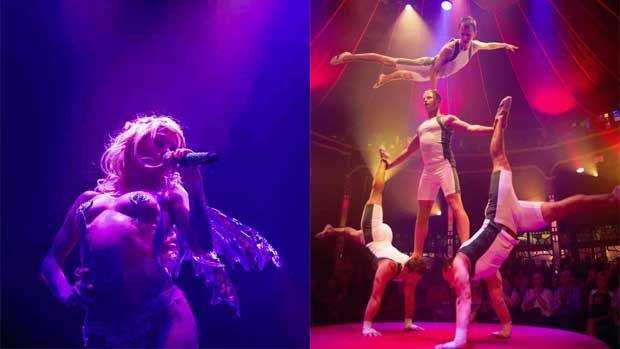 Spiegelworld announced today that its smash-hit Las Vegas show ABSINTHE will be performed on St Mary’s Cathedral Square, opposite Hyde Park, in the heart of Sydney’s CBD from September 15 2015. It will be the first time a spiegeltent is to be pitched on this iconic site. An award-winning sensation in Las Vegas for the past four years, ABSINTHE has been wowing audiences on its Australian tour presented by Stan. It’s a follow-up to Spiegelworld’s record-breaking spiegeltent show, EMPIRE, which was seen by an incredible 200,000 Australians last year.

Inspired by the absinthe-drenched cabarets of late 19th century Europe, ABSINTHE is an adult-themed cocktail of circus, comedy, burlesque and vaudeville for a 21st century audience. In Las Vegas, the show has been playing to sold-out audiences at the world’s most famous casino, Caesars Palace, since 2011 and celebrated its fourth anniversary in April. Celebrities regularly flock to join the audience and have recently included Britney Spears, James Franco, Neil Patrick Harris and Olivia Newton-John. Last month during a performance at the Las Vegas production, Channing Tatum was inspired to jump up on stage to perform an impromptu lap dance.

ABSINTHE is hosted by the filthy rich and just plain filthy Gazillionaire and his loyal assistant Abby Bobbins. The Gazillionarie has become one of the most acclaimed and subversive comedy forces in Las Vegas in