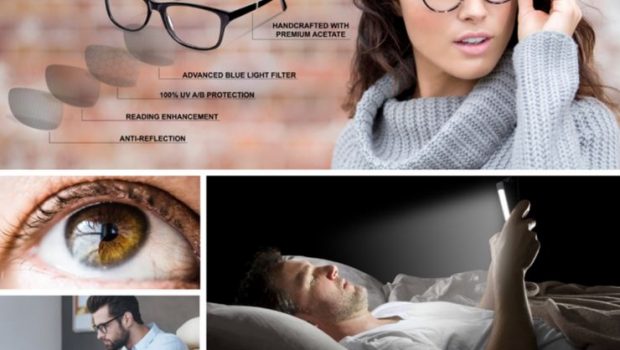 All artificial light, including LEDs, fluorescent bulbs and incandescent bulbs, can interrupt normal sleep patterns. The body’s biological clock works in repetitions that are set by the amount of light and dark the body is exposed to. Referred to as one’s circadian rhythm, this internal clock controls the timing of many physiological processes, including sleep and feeding patterns, brain activity, hormone production and cell regeneration.

Similar in appearance to ultraviolet light and visible on the light spectrum, blue light comprises of wavelengths that range from 400nm to 500nm. Found in an array of digital devices, the proliferation of electronics with screens, as well as energy-efficient lighting, is increasing our exposure to blue wavelengths, especially after sundown.

According to a study published in the Endocrine Society’s Journal of Clinical Endocrinology & Metabolism, the hypothalamus area of the brain is responsible for regulating sleep patterns and creating the sedative hormone, melatonin. When artificial blue light is received by the retina during times usually associated with rest, the body’s natural circadian rhythm becomes confused and unable to distinguish between night and day. In conducted trials, the study found that exposure to blue light supressed melatonin production by almost 85% and instead boosted alpha brainwaves associated with alertness and concentration.

Unlike their competitors which use a lens coating to reflect harmful blue light, EXYRA’s innovative lens technology is made using a photochromic dye that absorbs and blocks blue light from entering the retina. Maintaining true colour perception, EXYRA’s scratch-resistant lenses offer UV A/B protection while also reducing glare. Hypoallergenic and made from renewable materials, EXYRA frames are constructed using durable acetate allowing each style to feel lightweight and unobtrusive when worn. Each EXRYA style in the range is inspired by Australian culture and celebrates a person, place, film or language from the land down under.

Prolonged exposure to blue light is also shown to have an adverse effect on overall health, including eye strain, blurred vision, fatigue, neck pain, depression and headaches. In fact, an article by Harvard Medical School suggests that a shift in one’s circadian rhythm can increase blood sugar levels while decreasing production of hunger hormone, leptin. As a result, a correlation between evening blue light exposure and some types of cancer, diabetes, heart disease, and obesity, is hypothesised.

Assembled in Brisbane and available globally in prescription (single vision lenses only) and non-prescription styles, EXRYA glasses retail from $98 and can be purchased online at: www.exyra.com.au 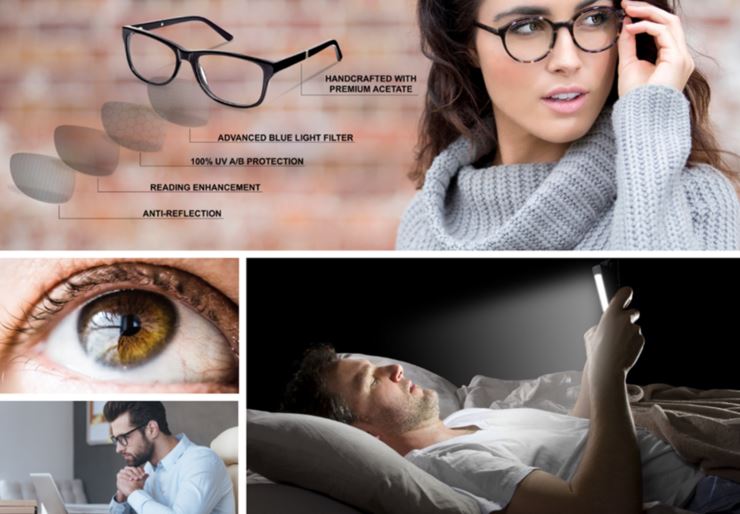