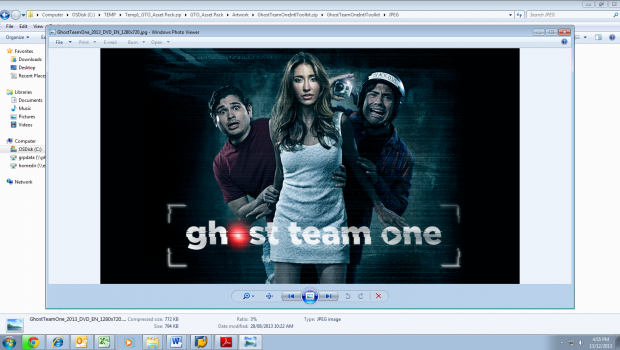 SYDNEY, Aust. (Monday, December 16, 2013) – Paramount Home Media Distribution (PHMD) today announced that the independent film Ghost Team One will be released on Digital HD on January 1st, 2014.  PHMD will handle Video on Demand and Digital distribution for the hilarious and subversive horror send-up, which was an official selection at the 2013 Slamdance Film Festival.

Produced by Hernany Perla Films, in association with Flying Monkeys Entertainment and Foresight Entertainment, Ghost Team One has drawn early raves from critics who have called the film “hilariously offensive and ludicrously endearing” (Indiewire) and “pure comedy gold” (Film Threat).  In addition, Mark L. Miller of Aint It Cool News proclaimed, “It’s a film that will definitely show up on my Best Horror Film of the Year list.”

Ghost Team One follows two friends who are both trying to impress a girl who believes the spirit of a vengeful madam is haunting their home.  They set out to make a documentary about a murder that took place in their house decades ago and, much to their surprise, soon capture some terrifying—and uproarious—supernatural activity that leads them to believe that the ghost is not only real…she’s also into them.