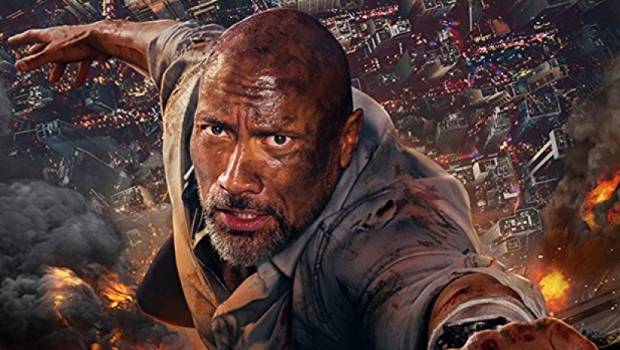 Skyscraper must have looked like a sure thing on paper, and a perfect recipe for a huge box office success. Last year, Forbes named Dwayne ‘The Rock’ Johnson as the second highest-paid male actor in the world. Having him headline an Asian-set blockbuster could only be another goldmine. China is now a major box office powerhouse, meaning that many Hollywood films are likely to include Asia or Asian actors to attract the global market and consequently, larger box office figures.

What could possibly go wrong for the Rock and this pale imitation of Die Hard (1988)? Everything. Skyscraper bombed when it opened in third place at the US box office recently. It marked a rare financial misfire for its star. Speculation has mounted with some arguing it’s because the Rock has become overexposed. It’s a lot simpler: it’s a terrible movie. Its tries pleasing everyone but amounts to nothing. It’s an ode to the violent action movies of 1980s but it’s also paired with a gooey message about the importance of family. Those two concepts do not necessarily go hand in hand, which is another shortcoming.

In this dopey action vehicle, the Rock plays Will Sawyer, a former hostage negotiator. Ten years ago, he had his leg blown off during a failed mission and was equipped with an artificial limb. Since then, he has been working as a surveillance expert and is preparing for the opening of a skyscraper in Hong Kong called ‘The Pearl’. The building is 225 stories tall and owned by businessman Zhao Long Ji (Chin Han). He tours the building with Will and allows his family to stay in one of the penthouses. When Will exits the building, and almost loses a valuable device that controls the tower’s security, a fire breaks out and traps his family inside. His wife Sarah (Neve Campbell) and their two children (McKenna Roberts and Noah Cottrell) must escape the flames and avoid a group of Scandinavian terrorists who have invaded the tower, led by Kores Botha (Roland Møller).

As Will attempts to race back towards the tower to rescue his family, he becomes the subject of a police manhunt and must elude capture. Meanwhile, the terrorists continue to torment Zhao and his lackeys, including Mr. Pierce (Noah Taylor with a dubious scar on his face; nothing suss). The group is also connected to Asian criminals, the most dangerous of whom is Xia (Taiwanese-Australian actress and model Hannah Quinlivan). They’re after something important that Zhao has hidden inside his safe. 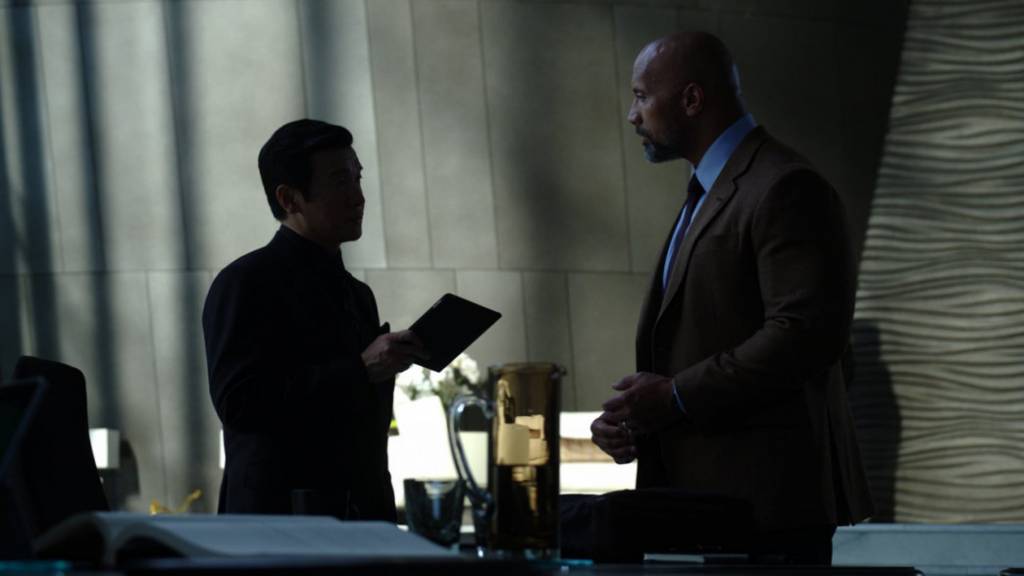 The film’s director, Rawson Marshall Thurber, has had a turbulent career making lukewarm action-comedies. His wonky oeuvre includes DodgeBall (2004), We’re the Millers (2013) and Central Intelligence (2016; which also starred the Rock). His mistake is making Skyscraper too serious, which robs the vehicle and its star of much-needed self-awareness. The Rock’s dramatic shortcomings are somewhat forgivable when he’s making you laugh and isn’t taking himself too seriously—qualities that are lost here with an unexpectedly dull performance short on zest.

There’s no time for him to cock his eyebrow and alleviate the tedium before the baddies predictably get their comeuppance. Will is so dully sincere and deprived of cheek that he even tends to an enemy’s wound after shooting him! If making Will disabled was supposed to be a loving tribute to the strength of veterans, its a cringing one. His character is imperfect with the odd stumble or mistake. However, he’s not impeded from climbing out of windows, scaling a giant crane barehanded or riding away on a police motorcycle with his one good leg. His disability only matters when the script sees fit. I can’t wait to read some think-pieces on this having seen Will wedge a door open with his artificial limb. 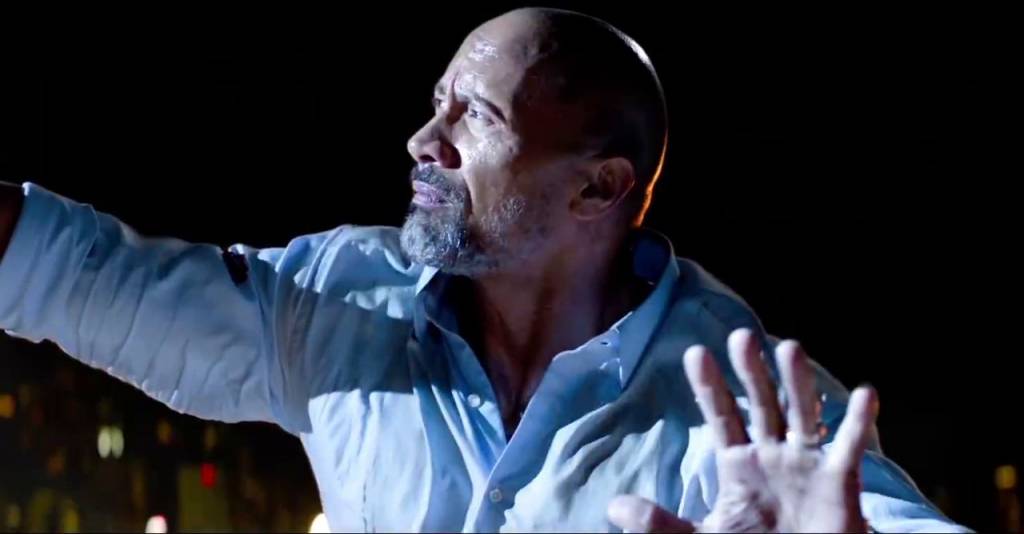 Besides how serious everyone is taking themselves, the only other surprise is the inclusion of some unusual visual flourishes. To be fair, some of the cinematic gimmicks almost free this being a late-night television movie, including a room that’s almost entirely transparent by giving the illusion that there’s no floor or roof. Additionally, a room full of mirrors knocks off the climactic scene from Orson Welles’ The Lady from Shanghai (1947). At least no one can say that the Rock doesn’t have good taste in old movies.

Everything else in Skyscraper is derivative, predictable and incredulous. The villains can somehow infiltrate the building through a single hole in the wall of one of the lower levels, despite the Bond-like levels of security we’ve previously seen. They’re an instantly forgettable bunch and they don’t even work together. The Asian villain, Xia, is sidelined in the second half of the film away from the skyscraper. As an example of how overly signposted the plot becomes, there’s a close-up of a text message that screams BETRAYAL from one of Will’s allies far too early on. Likewise, there’s a laughably dumb moment where the police watch Will scale the crane and recite lines like ‘he’s trying to get inside!’ This typifies how the plot is over-explained and lacks faith in the audience. 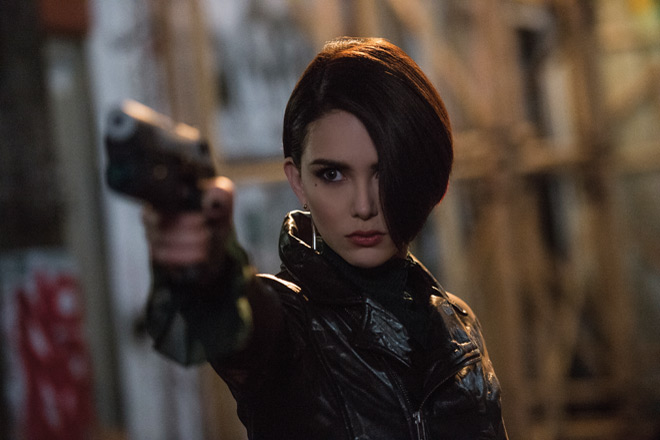 The harder Skyscraper tries to convince us of its sincerity, the unintentionally funnier it becomes. It’s as though the film was designed by the Rock himself to tell the world how much he loves his own family. A simple card would have been sufficient, Rock. Will’s two children never have tantrums and he and his wife never clash, which gives the early scenes an artificial sheen but no lasting personal drama. The egotism is on full display as Will dangles out of a window but is buoyed by a crowd of onlookers cheering him on, or having a cop tell him that he has a beautiful family. I was struggling not to laugh aloud and other people at a packed early screening were audible too. If the Rock’s hardcore fans couldn’t even stomach this one, what chance did this movie really have?

Summary: What could possibly go wrong for the Rock and this pale imitation of Die Hard? Everything.