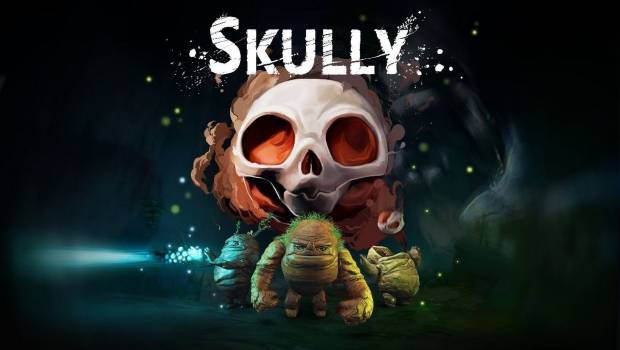 Summary: Be the mud (in a skull) in a slinging match between siblings.

Skully is an interesting beast. It is quite striking to look at (taking me back to the days of Bryce 3D) and the gameplay is… interesting. Essentially it is a platformer but with a moveable camera. But as usual I’m getting ahead of myself. 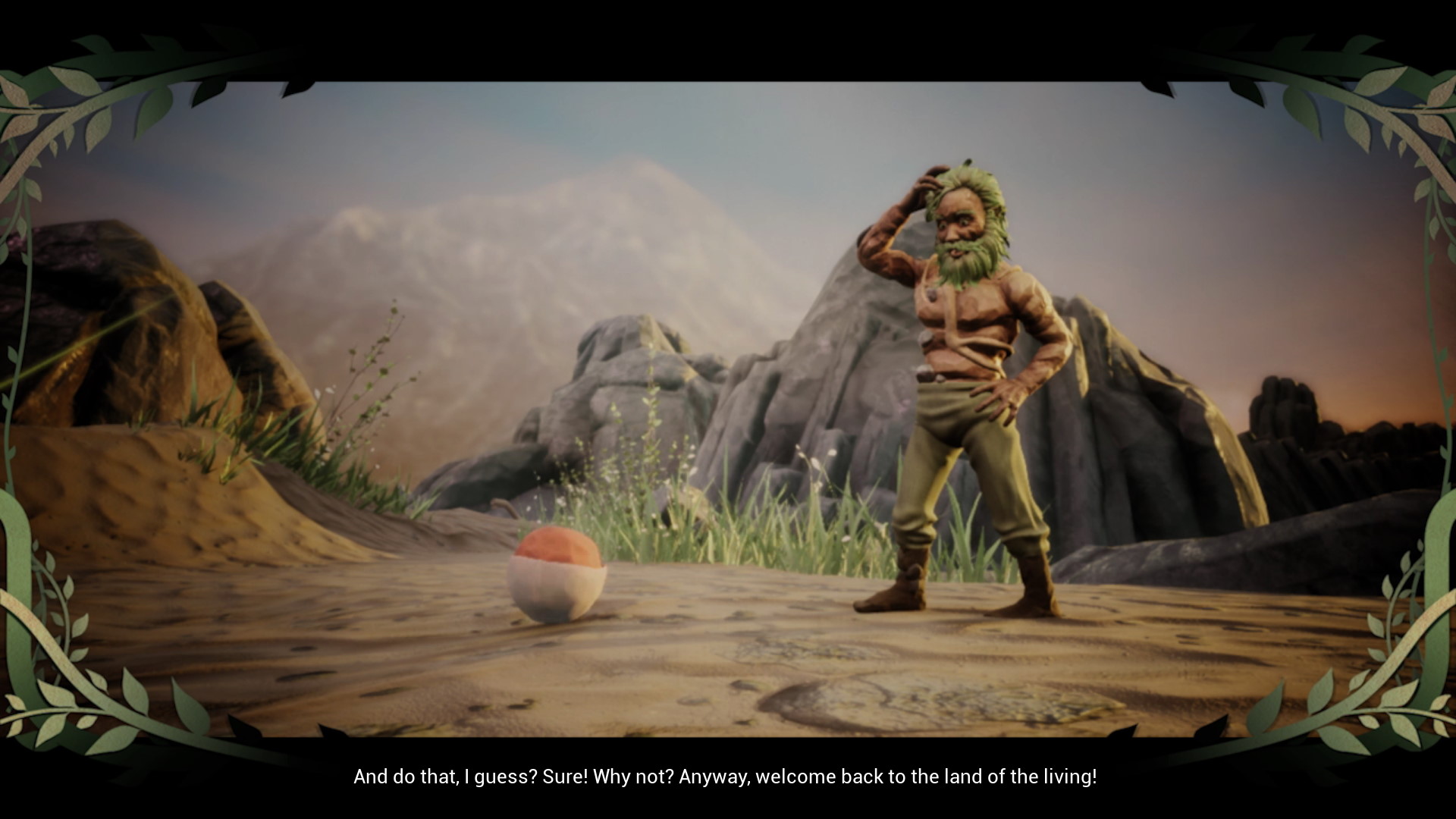 The core concept is you are a skull that has washed up on an island and a local deity has taken it upon himself to imbue you with a form of life. It seems like a nice gesture at first until you learn that he will be using you to try and sort out a spat with his siblings. As you progress you learn that the balance of nature on the island is tilted back and forth by the argument between the family members and if something isn’t done to stop the war, the island itself will be the true victim. 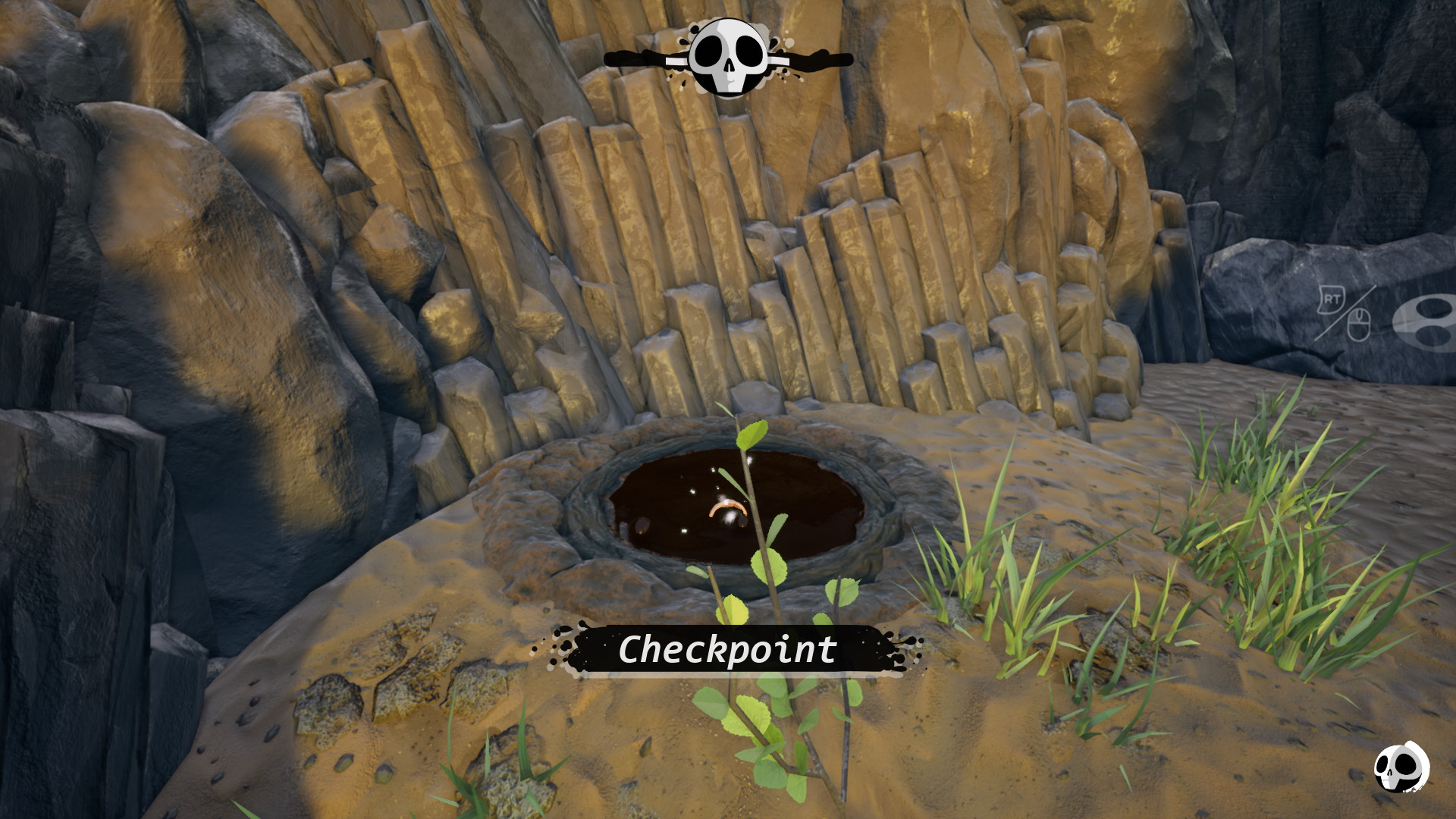 So off you set as a skull full of clay… rolling around the island, collecting flowers on your way. Eventually you will be able to morph into new forms but all have a very earthen tone to them (as you get injured you loose the clay contents of your skull… loose too much and you die… if you can make it to a check point though you can bathe in clay and restore your contents.). I quite enjoyed the first portion of the game, you have to account for momentum and sometimes the camera angle can make things a little tricky but it’s all quite workable (and you do get some lovely vistas). 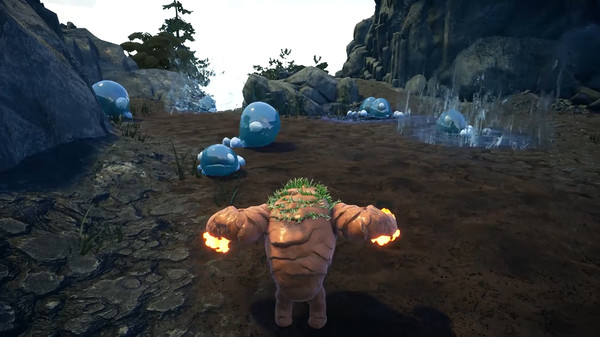 When the first new form was added, again… not too bad. It was pretty clear how to use them and going between skull and muddy blob was easy enough. But then things started to get into accurate hopping from ledge to ledge (or lily pad to lily pad) type gameplay and my enjoyment quickly plummeted away. I say that because that’s just my preference… I hate having to leap from one surface to the next with pin point precision or risk dying and having to do the whole thing over again. My son loves it “parkour” he will state… for me that’s the death knell of fun. 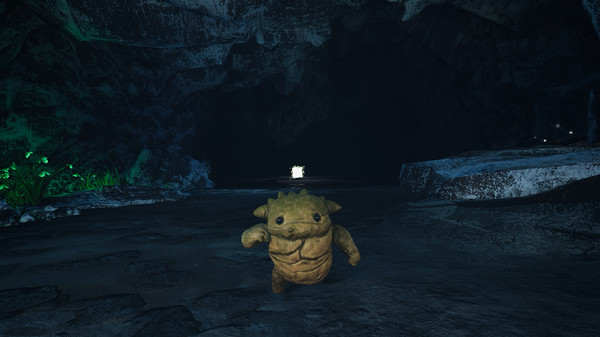 But Skully is clearly designed with a younger audience in mind to begin with… as much as the notion of being an animate skull rolling around could sound quite morbid and dark… it’s done in a really bright environment to start with, but it’s also done in such a light and friendly type atmosphere that there’s really no way to view it as being mature. Younger players are bound to love the comical type characters in the game.

Personally, as mentioned, my interest in this game came to a screeching halt but I still appreciate what it is and I have no doubt that those who don’t mind platform hopping  will enjoy it. If that’s your thing then certainly consider giving it a go. If like me the term parkour causes an instant eye roll and sigh then I’d suggest giving this a miss.