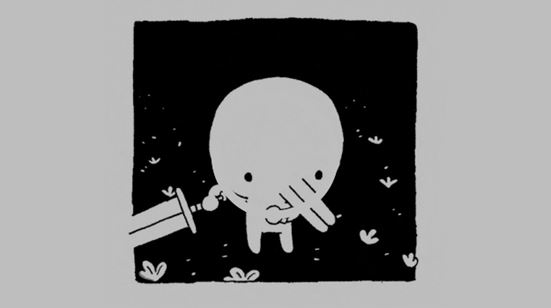 The timer has struck zero and Minit has arrived! Timeless game label Devolver Digital and the quick-witted development team of Kitty Calis, Jan Willem Nijman, Jukio Kallio & Dominik Johann have released their grand little adventure on PlayStation 4, Xbox One, and PC for $9.99 [minitgame.com].

Minit is a peculiar little adventure played sixty seconds at a time. Journey outside the comfort of your home to help unusual folk, uncover countless secrets, and overcome dangerous foes, all in hopes of lifting a rather unfortunate curse that ends each day after just one minute.

“Finally played Minit for the first time last week and it turns out the game is much longer than sixty seconds,” noted Devolver Digital CFO Fork Parker. “After taking a deeper look, it’s a real game with several hours of premium indie content but I’ll never know for sure because games are for kids.”

Minit is available now on PlayStation 4, Xbox One, and PC. For news and minute details about the game follow @kittycalis, @jwaaaap, @jukiokallio, @zerstoerer, and @devolverdigital on Twitter. All of them. If you don’t follow them all it doesn’t count.