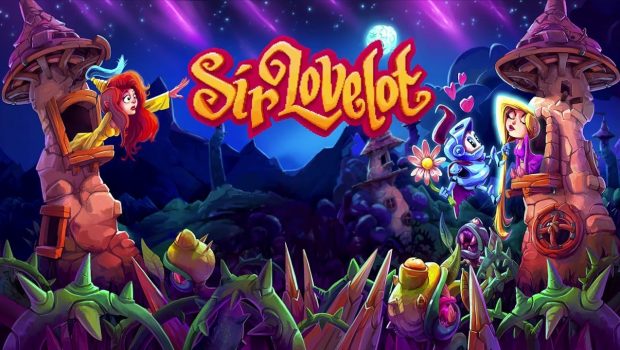 Summary: Sir Lovelot is a fun 2D platformer with tight controls, but light on content.

Oh Boy, Sir Lovelot is a fair dinkum video game if I’ve ever seen one. If you’re into no-nonsense platformers with super tight controls and a hefty dose of challenge, have I got a game for you. If you’re after a game with a complex narrative and deep gameplay mechanics, look elsewhere buddy, because Sir Lovelot is about two things: Runnin’ and Jumpin’. 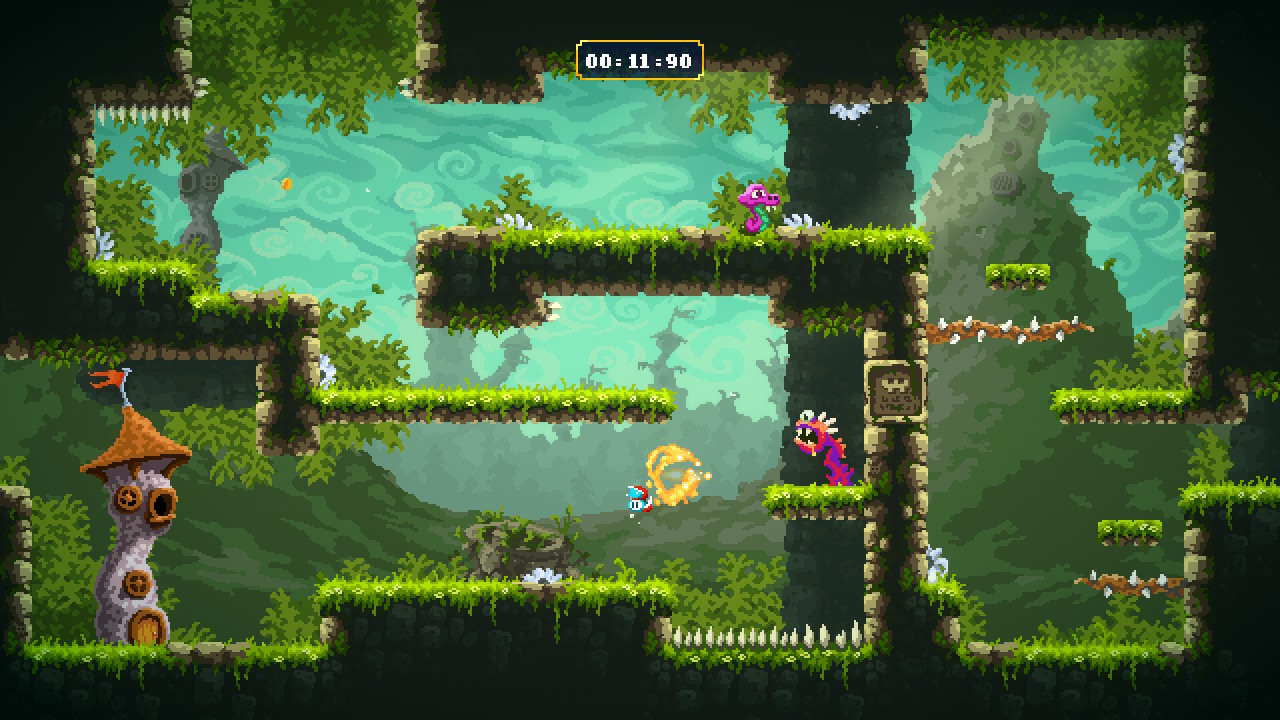 There’s no plot or narrative to speak of in Sir Lovelot, you simply play as the titular Sir Lovelot, an adorable little knight travelling across a rather biodiverse continent, looking for fair maidens to woo by bringing them flowers and other precious gifts that you find along the way. Yet the affection of these fair maidens doesn’t last long, as each new level sees you leaving behind the previous heartbroken lady in search for the next tower-bound princess. Seriously, there’s no story here whatsoever – the whole ‘knight fetching a flower for the princess’ thing is just a really cute thematic veneer for a simple yet satisfying platformer. 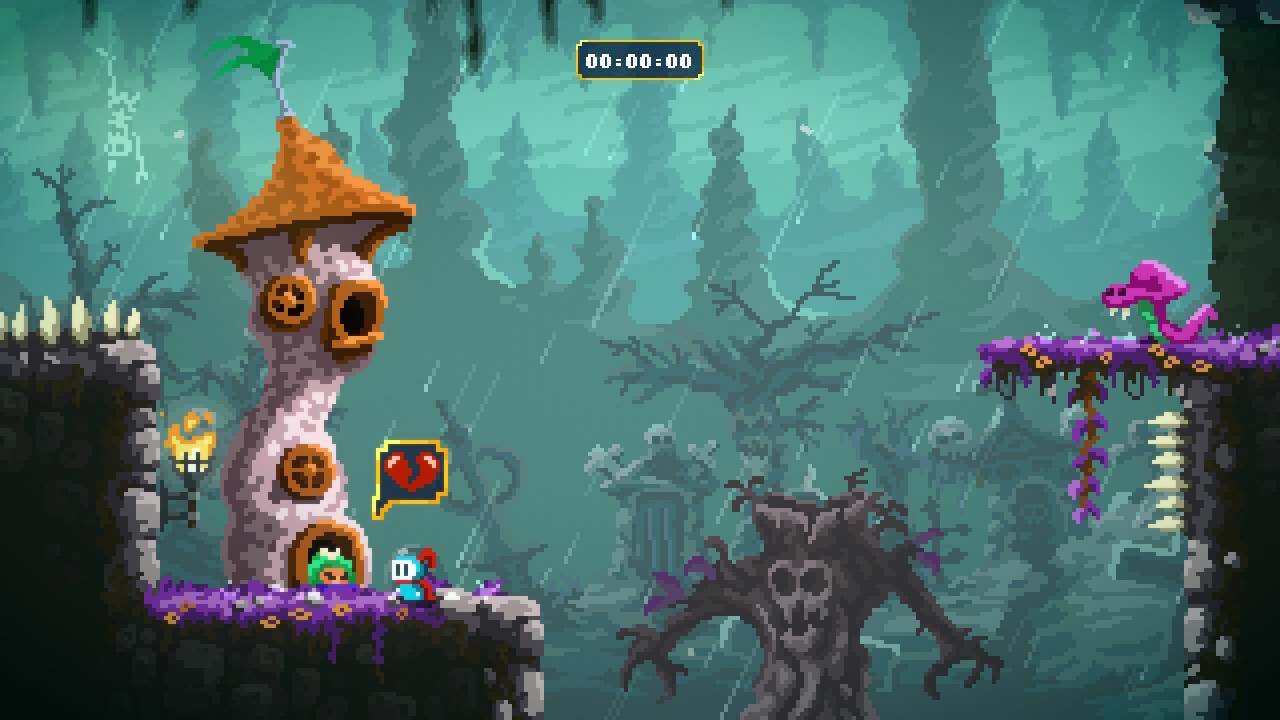 Narrative isn’t the only thing missing from Sir Lovelot, there’s also no semblance of a tutorial anywhere to be seen. Instead, the game opts to teach you about its relatively simplistic mechanics via smart level design. The first few levels are a string of basic platforming challenges, each introducing a new obstruction that can’t be overcome without figuring out how the required gameplay mechanic works. In these levels you’ll learn how to double jump, which walls can be gripped, which walls you can slide down, and how to use your basic attack. Granted, there aren’t all too many mechanics to learn in Sir Lovelot, but I found this approach to introducing the player to the game mechanics to be rather refreshing. It also gives the impression that the developers both respected my time and are very comfortable with their toolset and ability to communicate the mechanics of their game through intelligent level design. 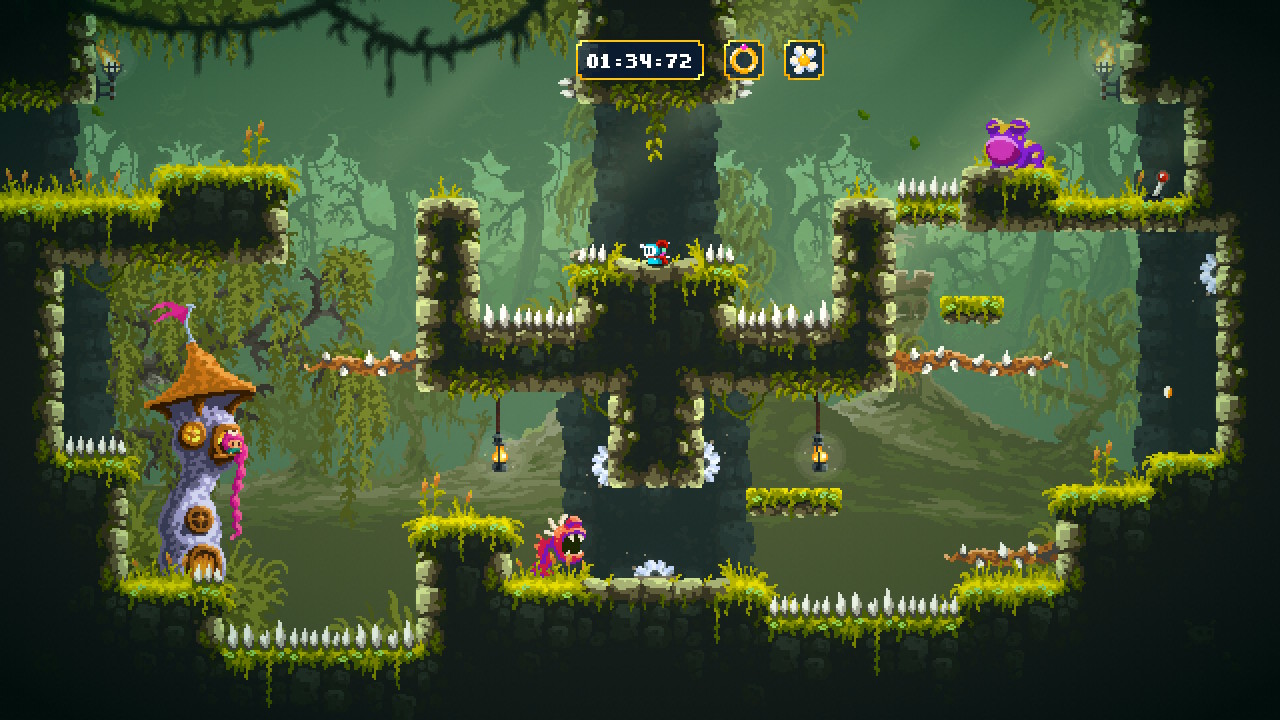 So what exactly is the gameplay like in Sir Lovelot? Well, it’s a 2D platformer where the only abilities your character has are a double-jump, a short-range attack and the ability to grab onto or bounce off certain walls. The player character is a teeny, tiny little figure on a large platforming stage (there are often multiple interconnected stages in a single level) that occupies the entire screen, which allows you to plan out your platforming moves before executing on them. This is a crucial part of Sir Lovelot as the main platforming challenge comes from performing a string of multiple tightly-executed, jumps, hops and slides to avoid dangerous obstacles. 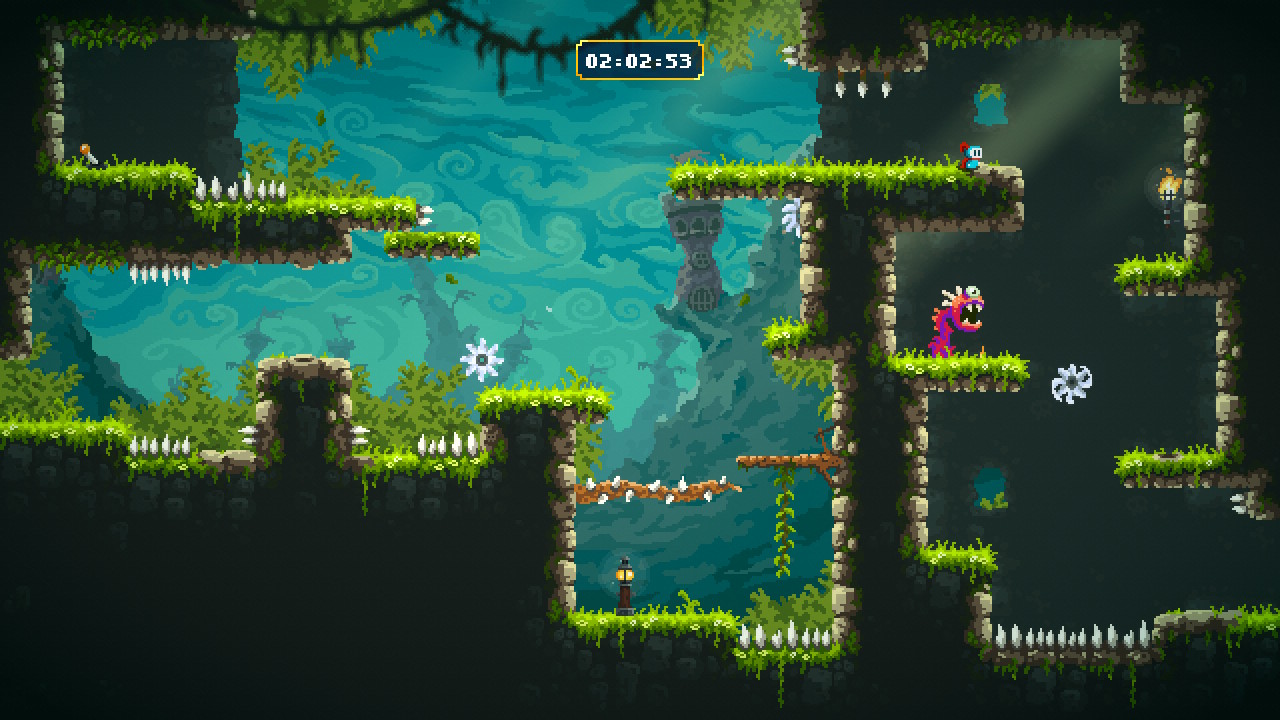 Sir Lovelot doesn’t have a health bar, so if you take a hit you’ll be sent back to the start of the stage. If that sounds too stressful, don’t fret, the checkpointing in Sir Lovelot is very generous and you keep any collected items if you die. The checkpointing is so generous in fact, that I’m certain speed runners will be utilising quick deaths as a way of optimising their runs. This generous checkpointing may sound sacrilegious to fans of ultra-challenging platformers such as Super Meatboy or I Wanna Be The Guy, but Sir Lovelot simply isn’t interested in the masochistic, overwhelming platforming level design. Instead, the challenge in Sir Lovelot is in optimising your platforming route in order to complete the level faster than anyone else. There are also plenty of hidden collectibles to find throughout the levels too, offering a nice incentive to replay the stages and explore every nook and cranny. 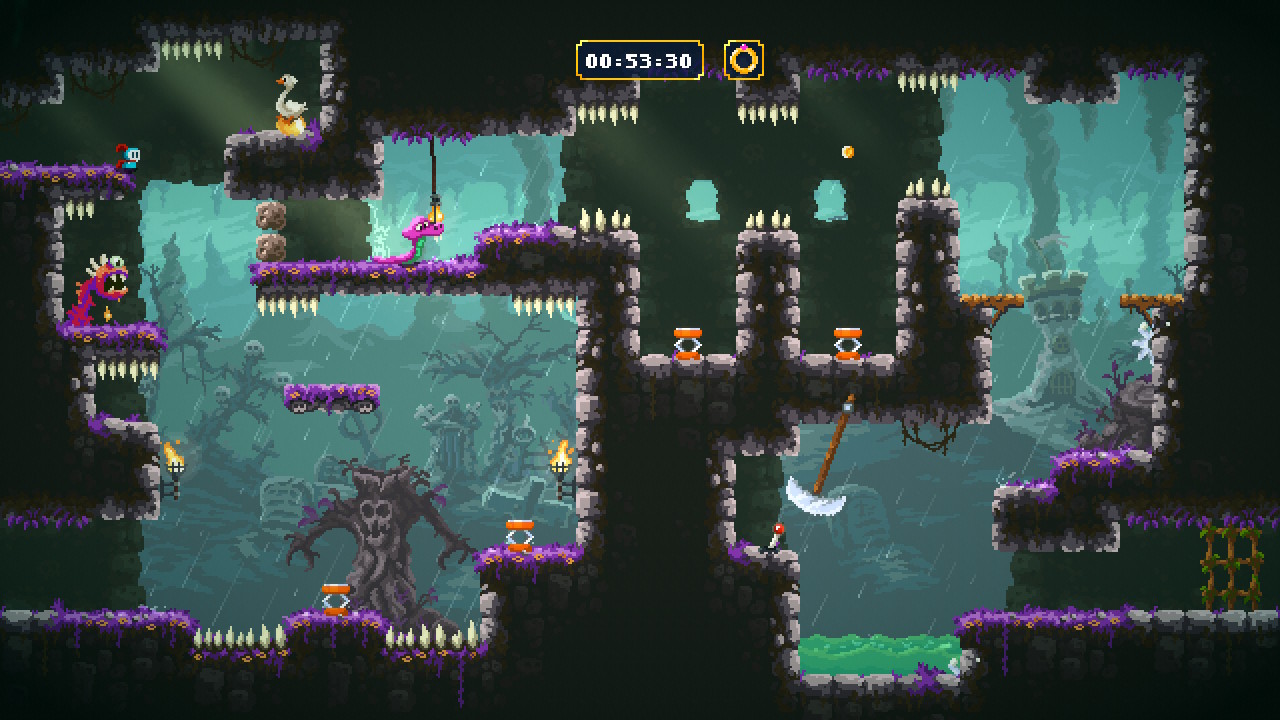 Sir Lovelot utilises a stylish pixel-art aesthetic to make the game look like its drawn using pixelated crayons or paints, to great effect. Each of the biomes have their own tileset and theme and there’s a nice use of colouring to the pixel art that gives a sense of space to the 2D levels and background. I would like to have seen more variation in the tilesets within each of the biomes, as there isn’t much to distinguish level 2-2 from level 2-3 visually, for example. The sparse music helps to distinguish one level from the next, but it doesn’t leave much of a lasting impression. 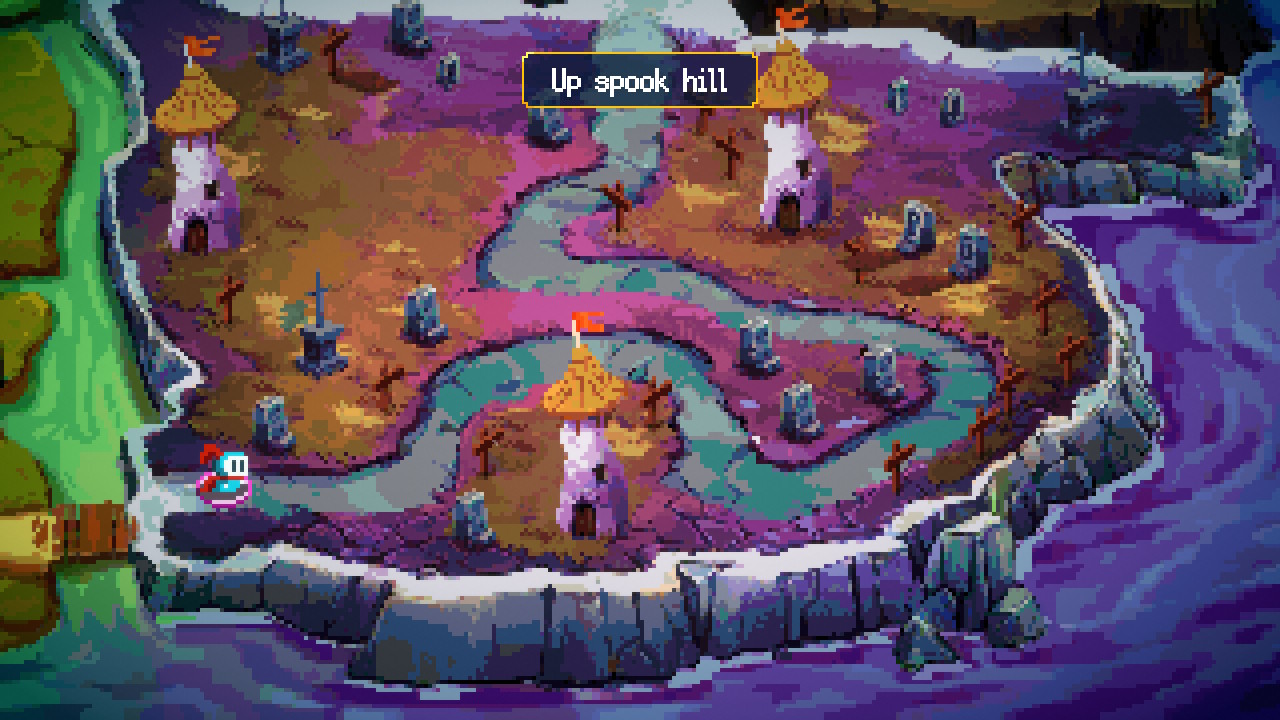 The animation work in Sir Lovelot is also rather impressive and helps provide much of the game’s charm. You finish a level by climbing up a Rapunzel-esque rope of your fair maiden’s hair to enter the top floor of the tower, where a cheeky animation plays that sees our hero swept into the tower by the eagerly awaiting lady, which I always find to be quite amusing. The game also runs at a smooth 60FPS and I didn’t experience any slowdown when playing on the Switch’s handheld mode, even during some of the more hectic levels. It also only takes a second or so whenever you die for the level to reset, which is a critical aspect in these frantic stage-based platformers. One issue worth noting however is that I found the screen to be a little too condensed on the Switch’s handheld mode. The player character is only a few pixels tall and some traps are even smaller, so you might be squinting at your screen a little more than you’d like if you prefer to play your Switch in bed. 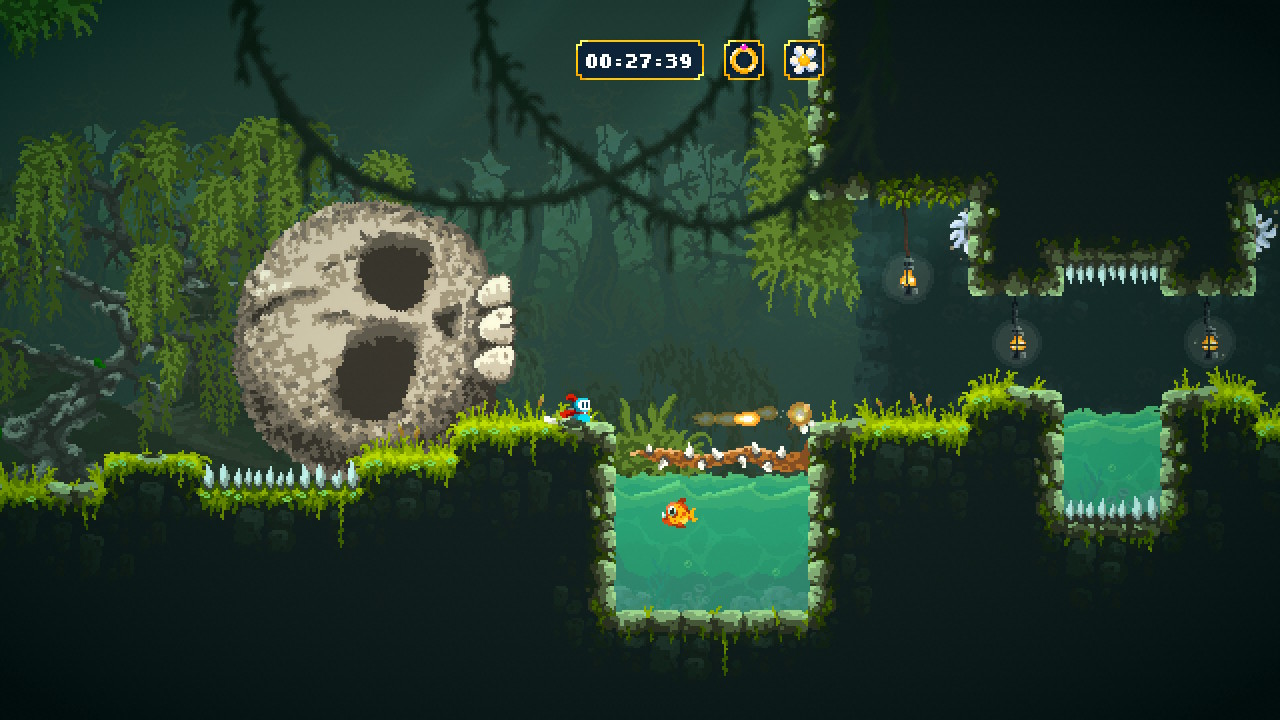 Sir Lovelot is a refreshingly simplistic platformer that focuses on delivering a tight gameplay experience and not much else. There’s no story to bog things down, no abilities to upgrade or stats to improve – there’s just a neat visual aaesthetic and some exceptionally smooth running and jumping, which feels great and is satisfying to pull off. Fans of ultra-hard platformers may find Sir Lovelot to be a little on the easy side, but for the rest of us, the game does a nice job of offering a challenging experience without being too punishing. 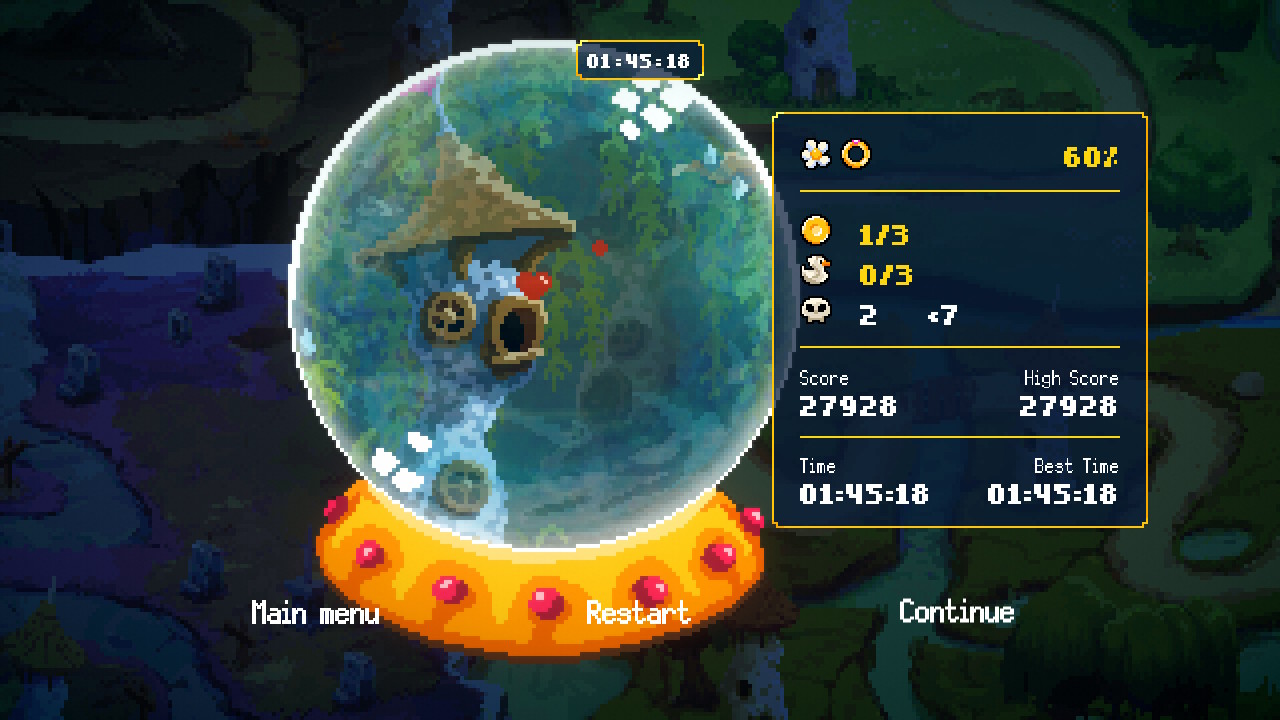 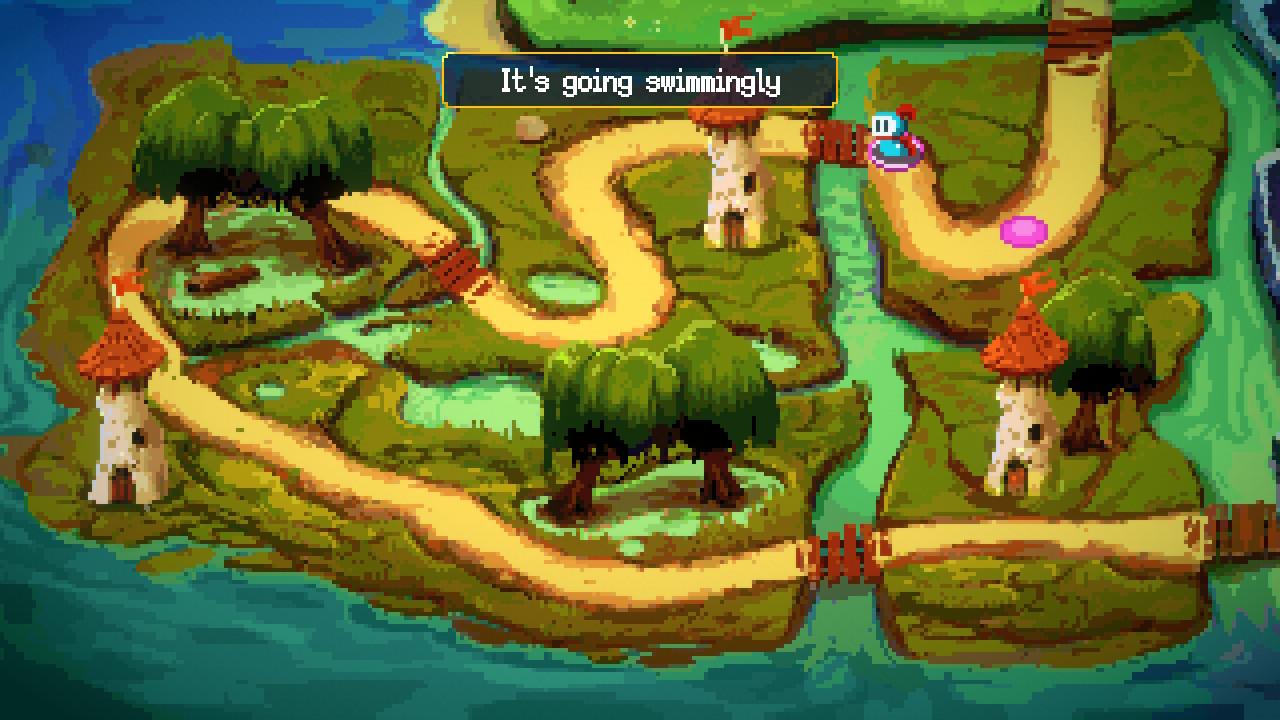