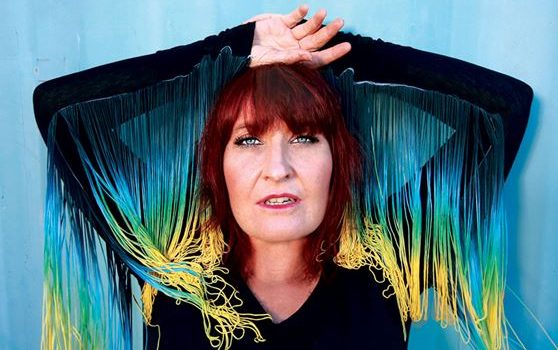 With a combination of lyrical honesty and charming melodies, Brisbane based musician Lizzie Flynn writes songs that blend a little satirical storytelling with a lot of joyful emotion. She has been a vocalist and songwriter for a variety of bands and theatrical productions and has travelled throughout Australia.

This September, Lizzie will embark on a two month national tour playing at various venues and festivals in towns across Queensland, New South Wales and Victoria.

She will be on the road in support of her soon to be released album, You and The Open Sky, a collection of original songs which weave audiences through toe-tapping country to tender ballads with songs of lessons learnt and love lost. ‘Prisoner in my own Town’, from the album, was shortlisted in the 2016 Vanda and Young Songwriter Awards, alongside songwriters such as Josh Pyke, Tash Sultana and Gretta Ray.

Together with her band, Lizzie Flynn & The Reckoning, the singer-songwriter and guitarist will have the added acoustic sounds of violin, mandolin, banjo and double bass, as well as an array of special musical guests in support slots.
LIZZIE FLYNN NATIONAL TOUR DATES:

To book tickets, head to https://www.reverbnation.com/lizzieflynn/shows.

Lizzie has produced several independent albums, including Hush, which received an Arts Queensland Grant, with the title track described as “stunning” Noel Mengel from The Courier Mail.

Highlights of 2016 and 2017 so far include performing live on ABC radio and being interviewed by Christine Anu, composing songs for the theatre production of Two Weeks with the Queen and performing at the Bellingen Turtle Festival, Gold Coast Music Festival and this year’s Illawarra Folk Festival with her band.

You and the Open Sky will be released digitally via CD Baby and iTunes on 1st September. Physical CDs will be available from 2nd September at the Maleny Music Festival.

“Her angelic vocals and heartfelt matter leave no dry eye in the house…” – ausmusic.org