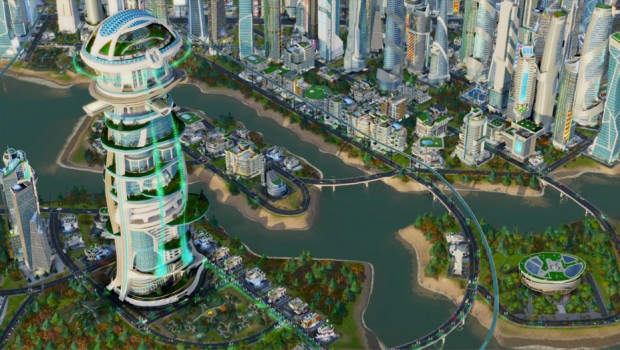 In advance of its launch on November 14th, Maxis released its game intro video today for SimCityTM Cities of Tomorrow*. New regions, new future technology, new city specializations and new transportation methods will transform the way that cities take shape and evolve. Players take heed. The future is near.

The game intro video showcases both The Academy and OmegaCo specializations. After unlocking the relevant research, players transform their cities using MagLevs, Drone factories, Garbage Atomizers Wave Generators and more. These brand new features are set against the backdrop of the multi-zoned structures called MegaTowers that dwarf the city skyline.

Built upon the foundation of the ultimate city building simulation that has more than two million players worldwide, SimCity Cities of Tomorrow gives players the ability to evolve their cities as they take them on a journey into the future. Every future technology players place into their city transforms the surrounding area, bringing their city into the future.

SimCity Cities of Tomorrow is rated G by the Australian Classification Board and is now available for pre-order on Origin.com and at retailers across the world.