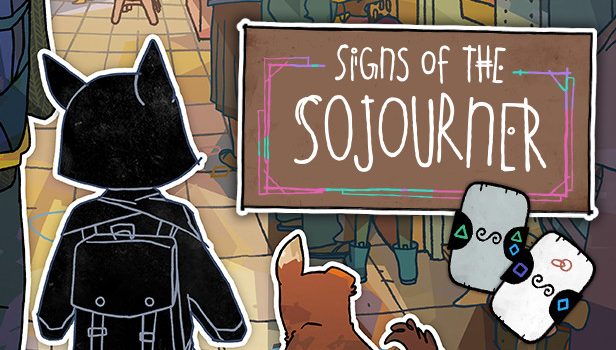 Signs of the Sojourner Review

It seems like card-battling deck-builder games have dethroned 2D Metroidvanias for the title of hottest indie game trend sweeping the new release charts. As we saw with the rise and fall of the pixel-art Metroidvania, when a niche genre starts to build into a trend, you really need to come up with something special for your game to stand out from the crowd. Thankfully, Signs of the Sojourner does exactly this with its unique conversation-based card combat/puzzle-solving mechanics and gorgeous aesthetic. 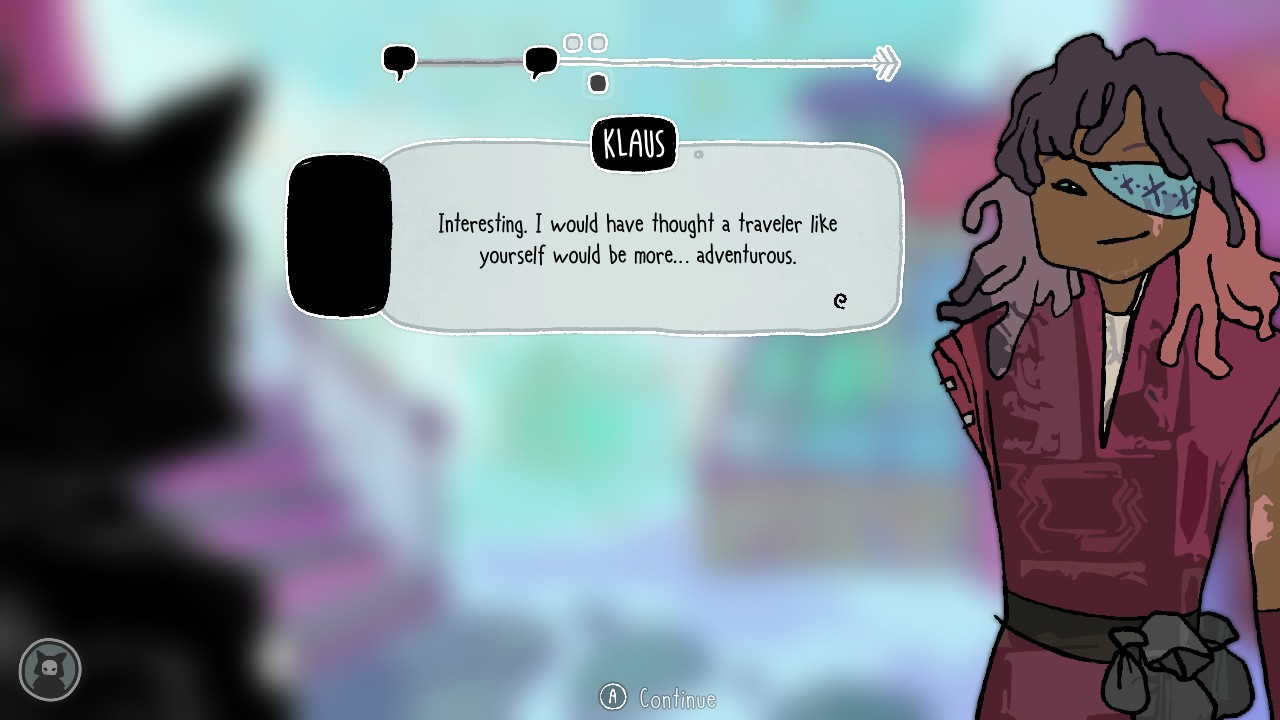 Signs of the Sojourner begins shortly after the funeral of your nameless character’s mother. Your mother was a well-known travelling merchant that scoured the countryside for unique items to sell in her store back in her hometown. However after her passing, your mother’s store and caravan have been bequeathed to you, and you decide to take it upon yourself to follow in your mother’s footsteps and keep the store afloat by travelling the countryside and collecting weird and wonderful items to sell back home. 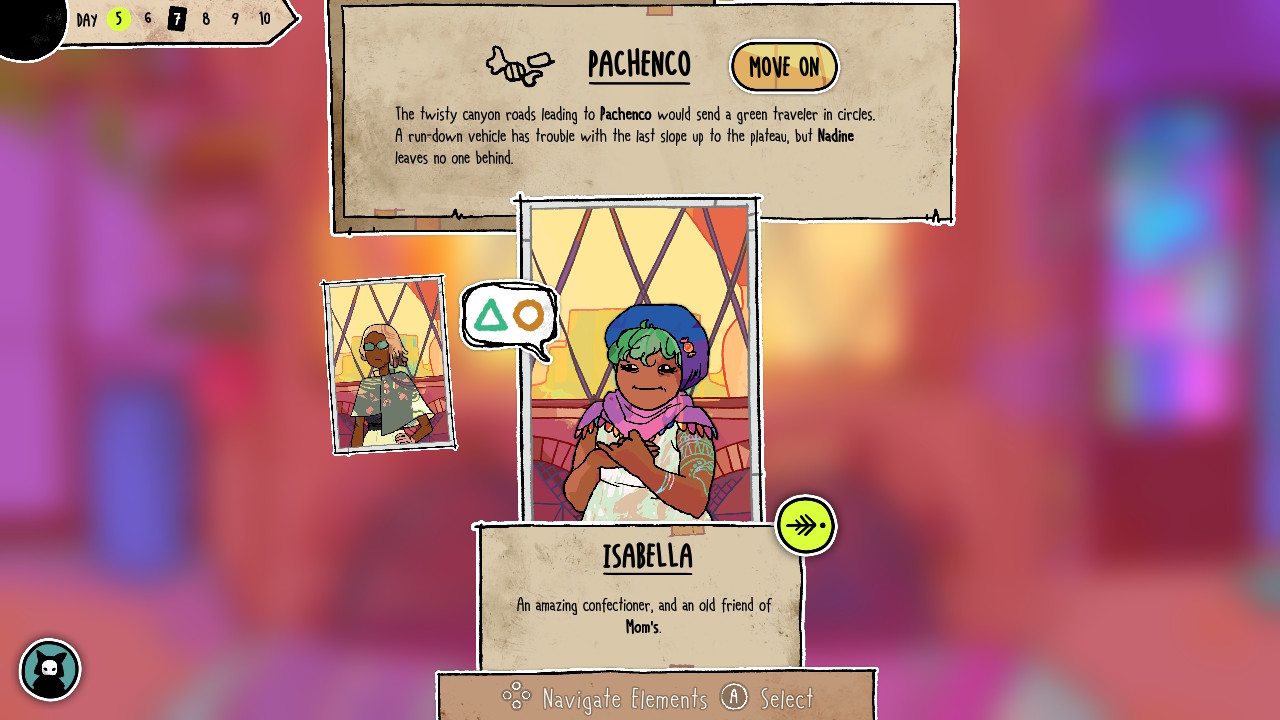 The narrative in Signs of the Sojourner is quite moving and I felt a strong connection to the silent protagonist and their emotional journey. As you travel from town to town on your mother’s old caravan route, you’ll meet new characters everywhere you go, many of whom knew your mother personally and had feelings towards her, both positive and negative. Learning about these characters and their relationships with other people and the world around them was a true delight and really compelled me throughout the entirety of the game. 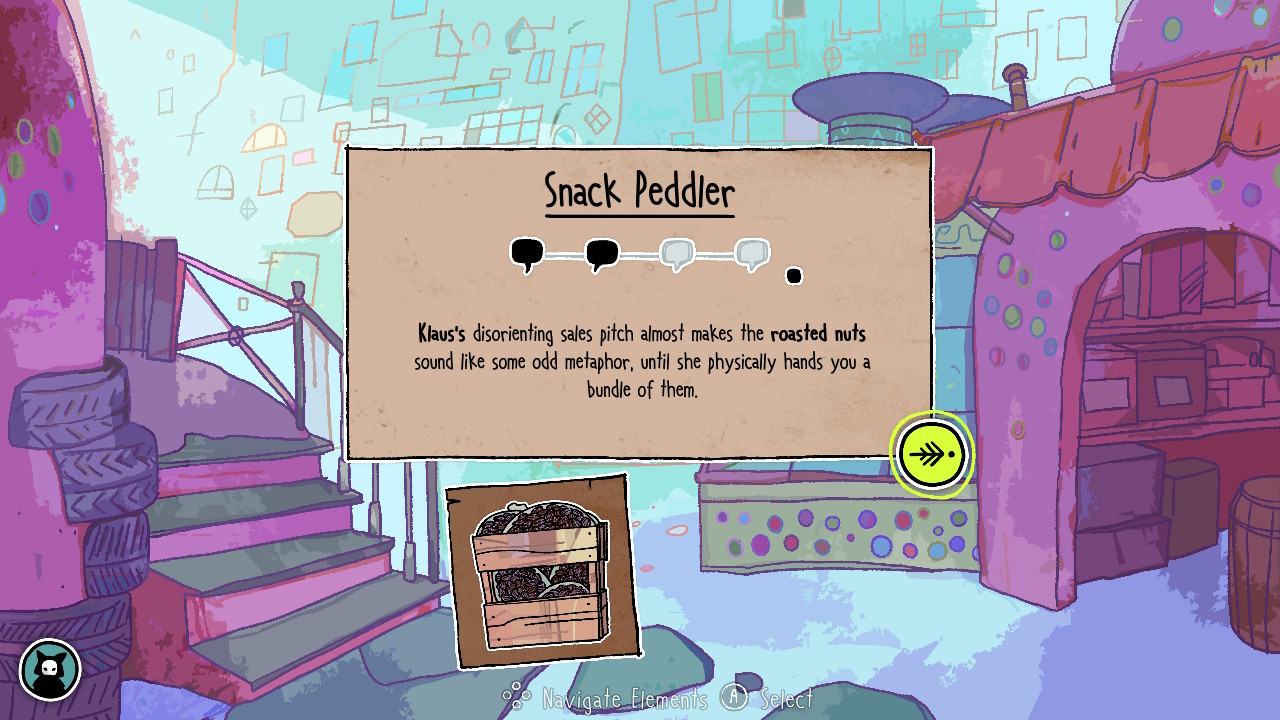 As alluded to in the opening paragraph, Signs of the Sojourner can be generally described as a deck-building, card-battler game, but only on a theoretical level. While gameplay does revolve around building and managing a small deck of cards, you don’t actually battle with them in the traditional sense. Instead, you use your cards and their abilities to hold conversations with people. 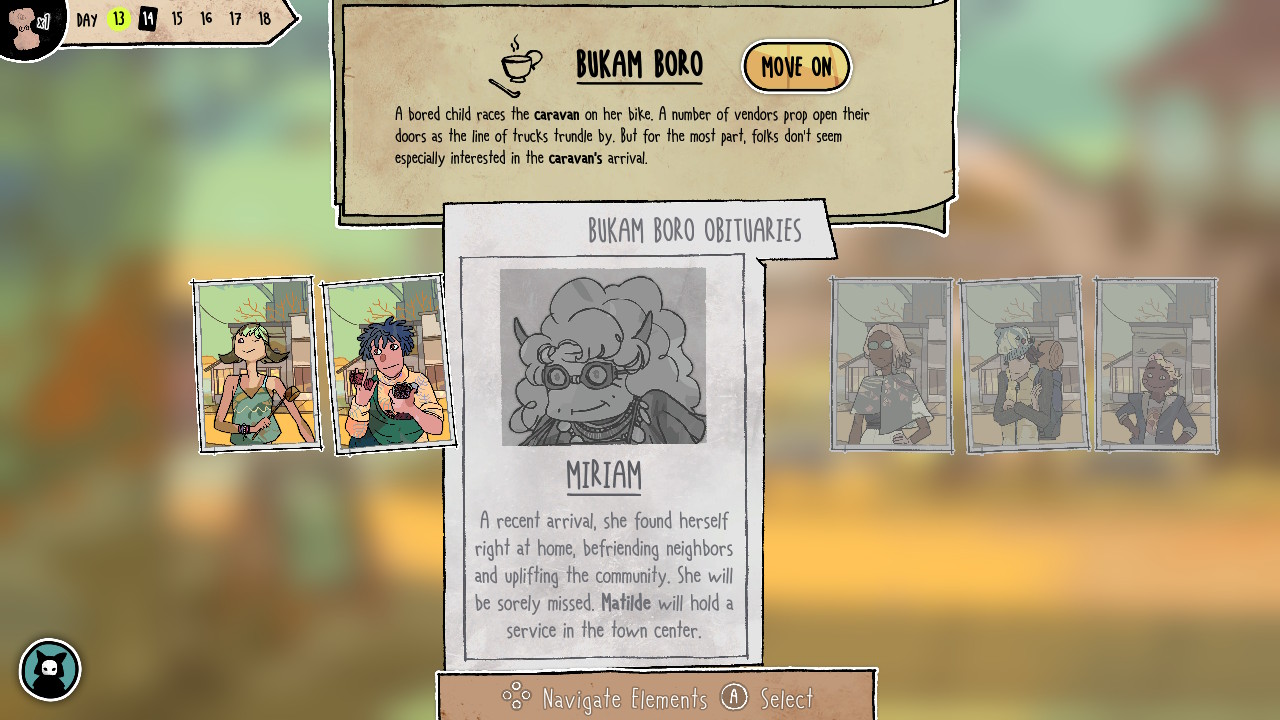 It works like this: when a conversation begins, each person draws 5 cards form their deck of 20, but keeps their hand hidden from the other player. Each card has a symbol on the left and right side of the card face, and players take turns playing cards from their hand that match the previous symbol that was played, in order to build a chain of sufficient length. Once the chain has been completed, the conversation continues with a short dialogue exchange from the character you’re conversing with. However, if you don’t have the correct symbol in your hand to continue the chain, the conversation will falter. If the conversation falters too many times, your partner with will feel dismissed and the conversation will fail. 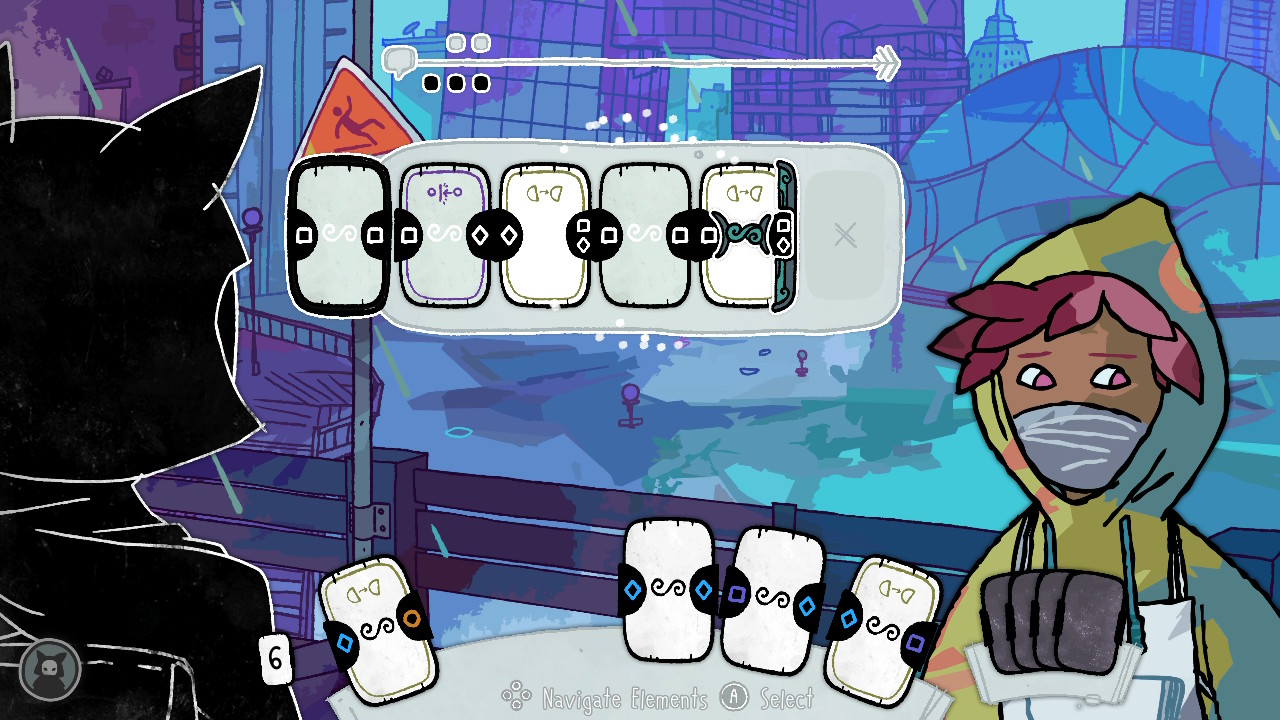 This esoteric card-based conversation system brilliantly extrapolates the concept of a conversational exchange between two people and also incorporates mechanics that represent how our vernacular and dialogue evolves over time and is influenced by the places we go and the people we meet. Each new character you meet will use different symbols on their cards, which represents a different conversational style. These symbols also seem to cluster in certain regions that you travel between on your adventures, which abstractly reflects the way dialogue, euphemisms and conversational styles can have regional differences. 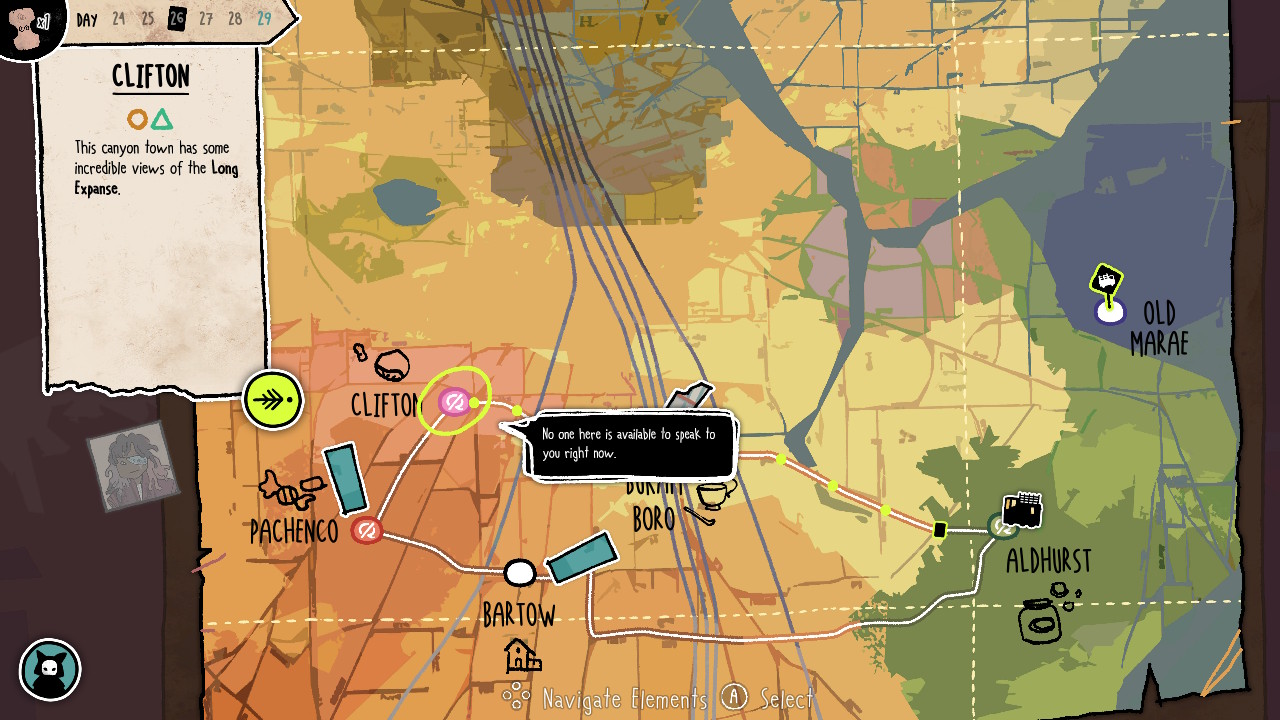 This aspect of regional vernacular influence also affects the gameplay of Signs of the Sojourner. After you’ve completed a conversation with someone, you can pick a special card from their deck to replace one of your own. This style of strategic deck-building is crucial to how the story progresses and the different types of characters you plan on interacting with. Successfully completing conversations generally leads to an advance in the relationship if they’re a friend, or will reward you with an item to sell in your shop if you’ve just met them. If you fill your deck with cards from people in your hometown, you’ll improve these relationships immensely, but you may not be able to hold a conversation with merchants from other towns and thus won’t be able to sell items in your store. There’s plenty of branching story paths and relationships to develop, so you’ll likely need to play through the five-or-so hour campaign multiple times in order to fill in the blanks on all your favourite characters. 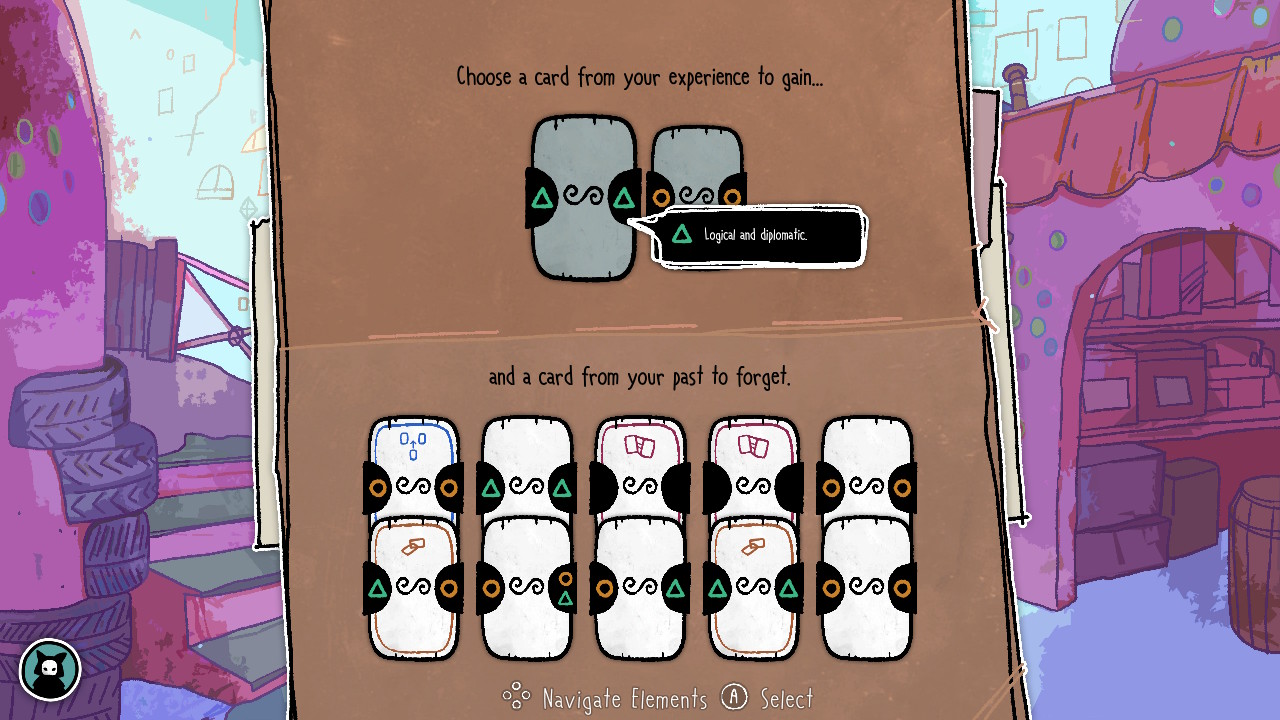 Such an artistically abstract gameplay concept deserves an artistically abstract aesthetic design, and Signs of the Sojourner delivers wholeheartedly. Every character, every town, every menu item has a beautifully colourful, hand-drawn look to it that oozes with charm and personality. Straight-lines are few and far between, but the hand drawn visuals perfectly match the tone of writing and overall atmosphere of the game to create a sense of humanisation that is easy to connect with. Sure the characters may look a little crude and there isn’t much animation, but they all have a distinct and cohesive look, which I think is absolutely superb. 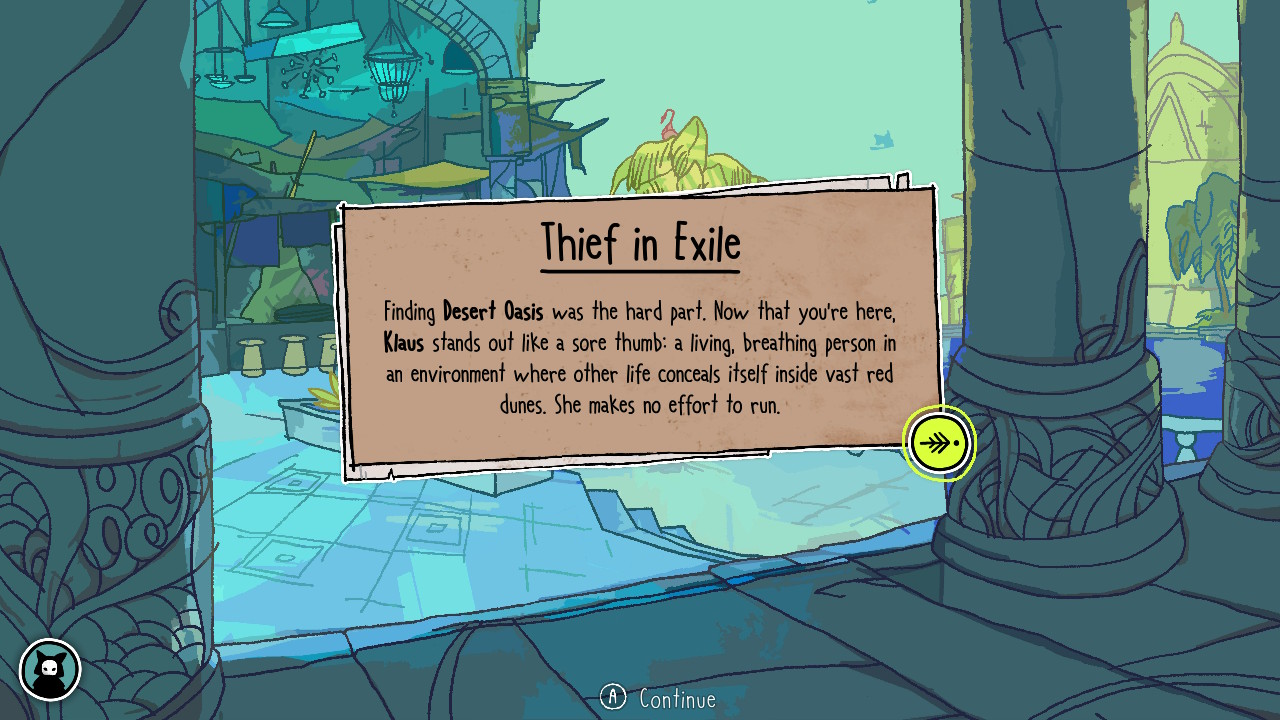 Signs of the Sojourner’s phenomenal soundtrack also plays a major part in creating the atmosphere and setting the overall tone of the game. Each town has its own musical theme, which varies from pensive folk guitar tracks, through to sparse, electronic, shoegaze-esque melodic beats. Even if you have no intention of playing Signs of the Sojourner (though you most certainly should), the OST is available on Spotify and makes for some excellent ambient reading music. 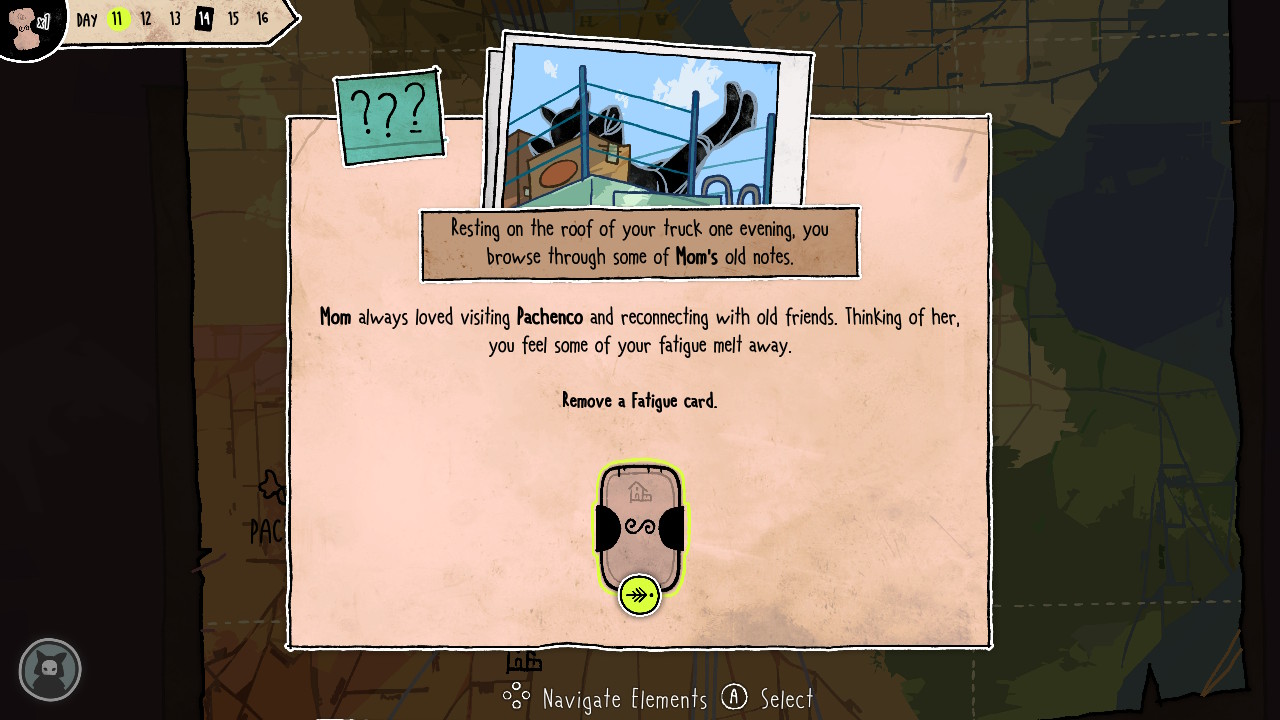 I’ve played many deck-building card-battlers in my time, but Signs of the Sojourner is truly unlike anything I’ve played before. The way the developers have managed to distil the concept of a conversation between two people into an engaging card game, while also delivering a heartfelt, open-ended narrative is nothing short of astounding. Couple this with the fantastic visuals and soundtrack, and Signs of the Sojourner becomes a must-play in my books. 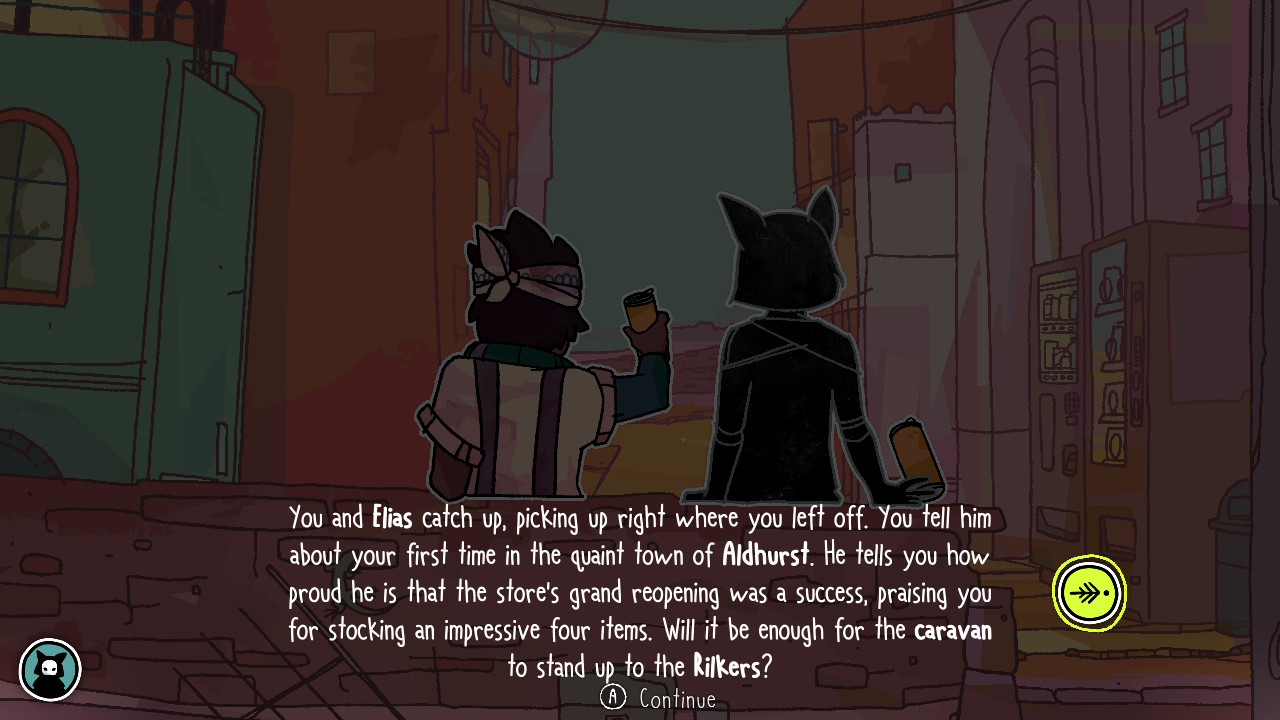 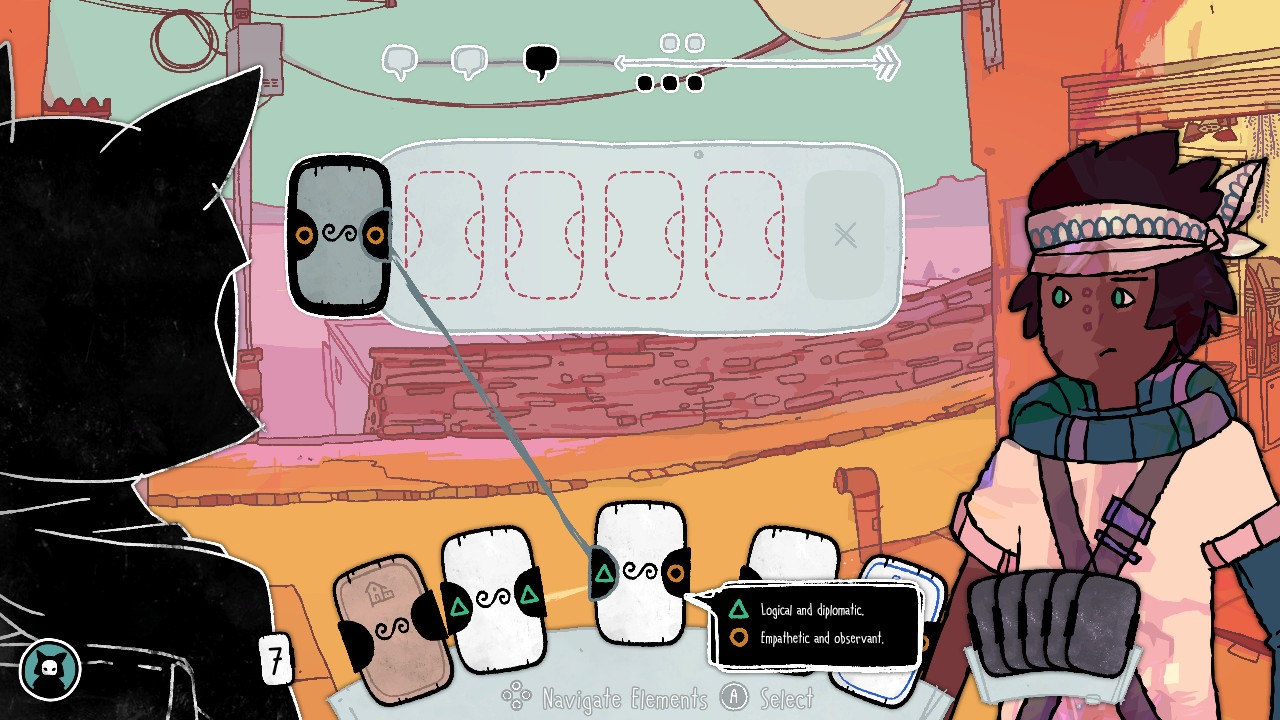