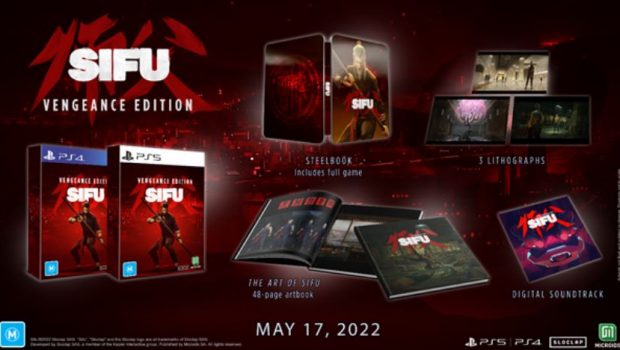 Studio Sloclap and publisher Microids are pleased to announce that Sifu’s retail versions for PlayStation 5 and PlayStation 4 (Vengeance Edition) are now available in ANZ. Following their multiplayer hit Absolver released in 2017, Sloclap’s second game Sifu is an artful and true-to-combat Kung Fu game exploring themes of revenge and redemption!

The launch of Sifu’s retail versions is accompanied by a first free update including new difficulty modes (Student, Disciple, Master), a new advanced training mode and a selection of new outfits for your character. Check out the content roadmap below: