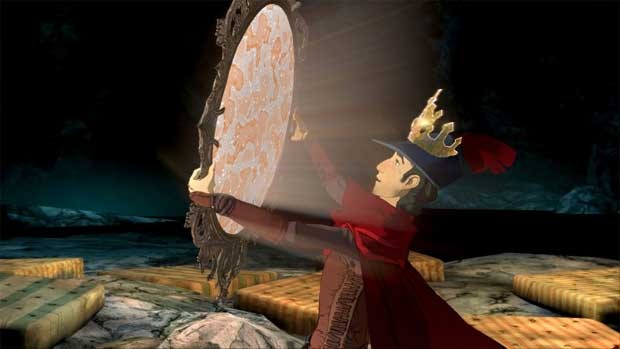 SIERRA™ PLANS APRIL 27 FOR THE WORLDWIDE LAUNCH OF KING’S QUEST™ – CHAPTER 3: ONCE UPON A CLIMB

SYDNEY, Australia. – March 15, 2016 – Sierra™ has revealed that King’s Quest™ – Chapter 3: Once Upon a Climb, the next installment in the new King’s Quest, is expected to release worldwide on April 26 on the PlayStation®4 and PlayStation®3 computer entertainment systems, Xbox One, Xbox 360 and Windows PC via Steam.

King’s Quest – Chapter 3: Once Upon a Climb is a romantic comedy adventure featuring a beloved character from the series’ classic beginnings: King Graham’s wife and Gwendolyn’s grandmother, Queen Valanice. Longtime fans may think they know the legend of how Graham rescued his future bride from the wicked witch Hagatha’s tower. But the truth behind the fairytale is much more complicated!

Developed by The Odd Gentlemen, the new King’s Quest returns to the classic spirit of wit and wonder that first launched this timeless adventure gaming franchise over 30 years ago. As an old King Graham looks back on a life of deeds and daring with his curious grandchild Gwendolyn, players will experience firsthand the most incredible untold stories of his long reign over five endearing chapters.

*Subsequent chapters and epilogue may be downloaded in-game upon individual release.