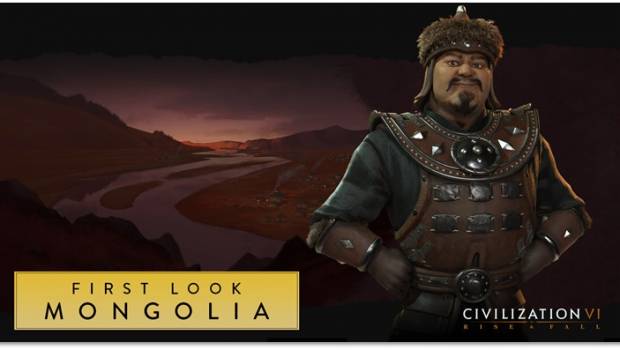 2K and Firaxis Games have revealed that Genghis Khan will lead Mongolia in Sid Meier’s Civilization VI: Rise and Fall.

At his birth in 1162 CE, legends tell of a boy clenching a blood clot at birth – a sign that he would one day be a great leader. Born Borjigin Temujin, scholars say he was named after a captured tribal chieftain as a taunt.

Temujin began amassing troops in his 20s. It started with his brothers as a fighting unit going on raids of their own. He would gradually build his army until it became a feared 20,000-strong force. By 1206, Temujin united the tribes of the steppes. This is when he received the title ‘Genghis Khan’.