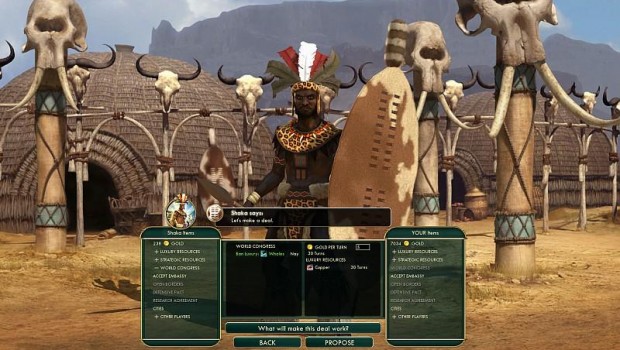 Join the conversation on Twitter using the hashtag #Civ

Sydney, Australia –  February 6, 2014 – 2K and Firaxis Games today announced that Sid Meier’s Civilization® V: The Complete Edition will be available internationally for digital download and at retail locations for Windows-based PC on February 7, 2014. Developed by Firaxis Games, The Complete Edition provides strategy fans with the entire Civilization V experience in one ultimate package, for the first time.

Based in the year 1492, the new Conquest of the New World Deluxe Scenario invites players to embark on a journey across the Atlantic, on behalf of European courts, in search of a western route to China and the Indies. Previously released as part of the Double Civilization and Scenario Pack: Spain and Inca, the new Deluxe Scenario will see players enjoy an increased number of civilizations, an expanded Policy and Tech Tree, a new Victory Point system and an assortment of new buildings, wonders, resources and more.

Sid Meier’s Civilization V: The Complete Edition is rated PG in Australia and New Zealand and is available from February 7th on  PC for AU$79.95. The Conquest of the New World Deluxe Scenario, which requires Brave New World to play, will be offered for free via Steam for everyone who has previously purchased the second expansion pack. Alternatively, for those that have not yet purchased Brave New World, the Conquest of the New World Deluxe Scenario will be included as a free bonus with the expansion moving forward.