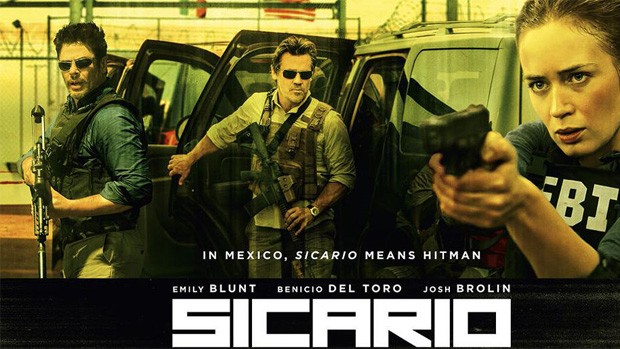 Summary: An FBI agent discovers the reality of the War on Drugs.

The War on Drugs has been running more or less for the last hundred years. In part an effort at spreading American moral values around the world, the war has been seen by many as an abject failure and a waste of time and money. 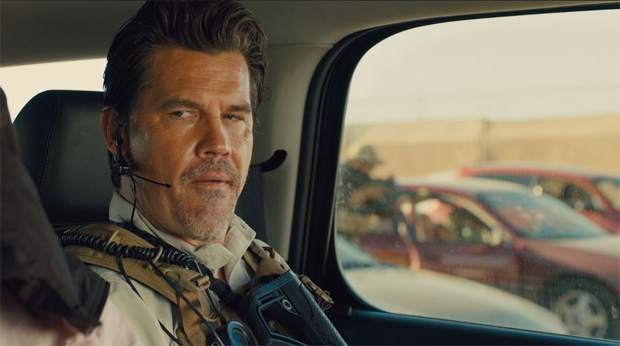 Macer is a can-do FBI agent working the Arizona badlands, where a combination of drug-trafficking and people smuggling have made for a toxic mix. The opening sequence, a raid on a house in a desolate, isolated town, is a stunning tour de force. It shows the professionalism of those tasked with rooting out the drug trade, while at the same time depicting the utter hopelessness of the task itself.

From there Macer is cherry picked to join a multi-jurisdictional force tasked with bringing across the border a major Mexican drug dealer back into the US from Juarez. This is a tense sequence as the carefully laid plans go awry at the critical moment, with Macer showing her cool under extreme pressure. The most devastating images we’re left with are how Juarez is very much a third world war zone. While the horrors of the drug wars in Mexico have receded to background noise in Western media, the widespread ruination, kidnapping and murder continue there at an industrial rate. 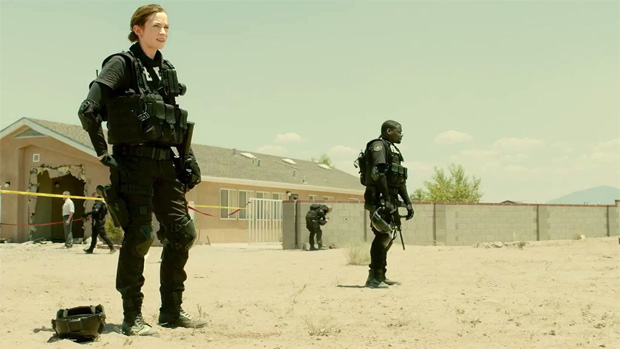 While Macer is the fragile moral heart of the movie, del Toro’s character is anything but. Dead eyed, he lurks in the early part of the movie, someone for the viewer to puzzle over. Only a trembling hand and disturbed sleep betray a devastating inner turmoil that bursts into the light late in the movie, with devastating results.

Sicario doesn’t treat the viewer like an idiot, nor does it give instant gratification. The script is smart, full of keen observations and well-defined characters. It is a taut thriller, filled with action informed by the visuals of the second Iraq war, and is a feast for the eye, vibrantly depicting the desolate wastelands surrounding the El Paso/Juarez area.

Josh Brolin gives a solid performance as a can-do CIA operative whose bullish positivity exposes the lie at the heart on the war on drugs – no amount of optimism matched with overwhelming force can ever hope to stymie the torrent of drugs coming over the border. Instead, his plan points to a darker intent – accommodation and control. 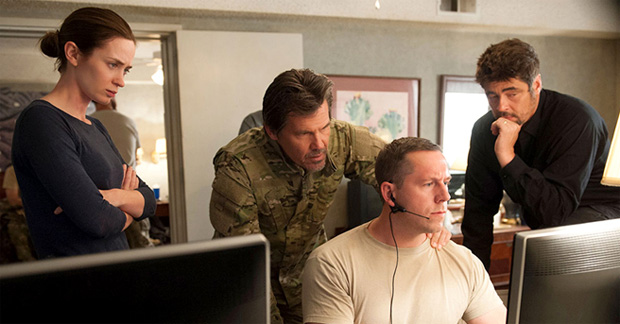 But the stars of the movie are Blunt and del Toro. Watching Blunt is a heart stopping experience, as her fragile physique makes the viewer deeply concerned that she won’t reach the end of movie intact. She clings to a notion of the law and justice that is increasingly out of favour, replaced by an anything goes attitude searching only for results. Watching her loss of innocence is heartbreaking and wrenching. del Toro, the movie’s dark heart, has stared into the abyss and has a perfectly formed understanding of what life is really like once the smooth veneer of civilisation and sanity are scraped away – a terrifyingly brutal ordeal, frequently short and with little to no meaning. When the viewer realises the true thematic link between the two characters, the revelation is profound.

Sicario will leave you angry at the world in which we find ourselves today; a government that increasingly is isolated from the community it is meant to represent, populated by rogue organisations that trample on hard won liberties and rights. Sicario argues that increasingly, the world we live in is one ruled not by laws, but by those who believe that burning the village down in order to save it is the only available option.

Visuals: Director of Photography Roger Deakins’ work is stunning. The blu ray format brings the sweeping vista of the region to life. The aridity of the locations are depicted in harsh yellow tones, while the night vistas are deep and impenetrable.

Audio: some of the dialogue is delivered at such a pace that it is sometimes hard to discern. Otherwise, the mix is excellent, and the soundtrack is one which should send you down to your local store to pick up. 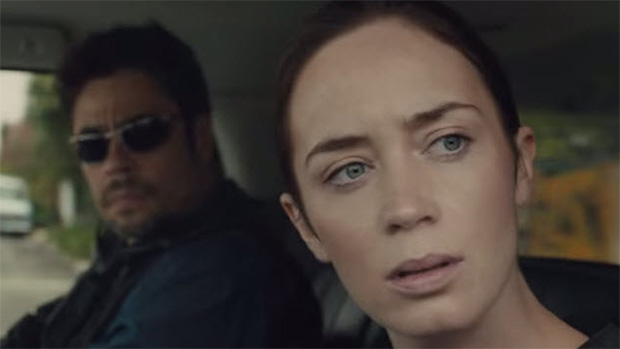 Extras: Stepping into Darkness – discussion with various people, including the director, about how the movie’s visuals were conceived and executed. We have behind the scenes footage of how certain scenes were shot, with recourse to storyboards for comparison. Mention is made of the landscape, and how happenstance provided some stunning visuals. In Blunt, Brolin and Benicio, we spend some time looking at how the characters were shaped. Battle Zone goes to the reality of the drug wars in Mexico, while A Pulse from the Desert examines the scoring for the movie.