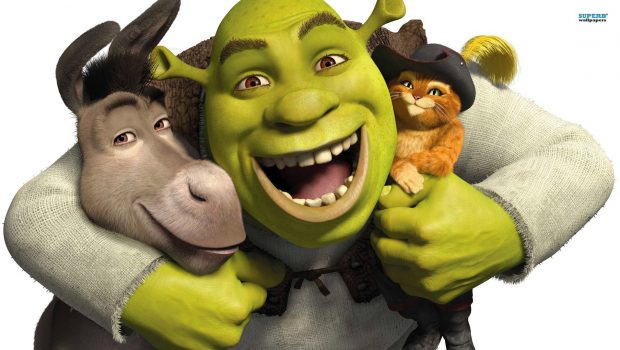 As an added bonus, every stickered first release box set comes with a unique code inside the pack allowing fans to stream bonus content via foxextras.com.

The four movie bundle and bonus content are also available on iTunes Extras from May 18th, tying in with the actual anniversary of Shrek.

After his swamp is filled with magical creatures, an ogre agrees to rescue a princess for a villainous lord in order to get his land back.

Princess Fiona’s parents invite her and Shrek to dinner to celebrate her marriage. If only they knew the newlyweds were both ogres.

When his new father-in-law, King Harold falls ill, Shrek is looked at as the heir to the land of Far, Far Away. Not one to give up his beloved swamp, Shrek recruits his friends Donkey and Puss in Boots to install the rebellious Artie as the new king. Princess Fiona, however, rallies a band of royal girlfriends to fend off a coup d’etat by the jilted Prince Charming.

Rumpelstiltskin tricks a mid-life crisis burdened Shrek into allowing himself to be erased from existence and cast in a dark alternate timeline where Rumpel rules supreme.

3 Best of Shrek Shorts and one new piece