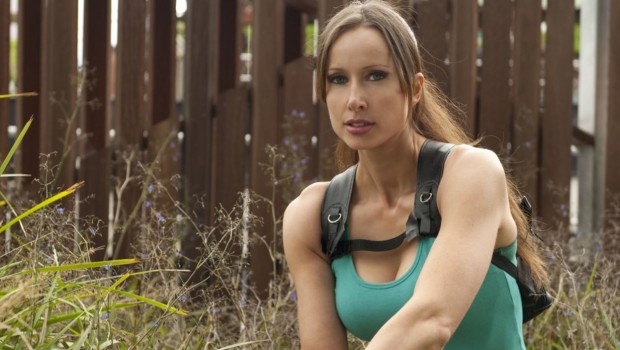 I am! Thanks for chatting with me.

Your both a gamer and a cosplayer, which is your favourite hobby and why?

Start with the tough questions why don’t you?! I’m going to have to choose gaming, it’s something I’ve been doing for most of my life. I love being able to escape into different worlds and step into the shoes of various  and interesting characters, and to have adventures and enjoy great storytelling. In some ways though I’d say that cosplay’s the more rewarding hobby; beating a game is satisfying, but not as much as seeing something that you’ve laboured over and created come to life. 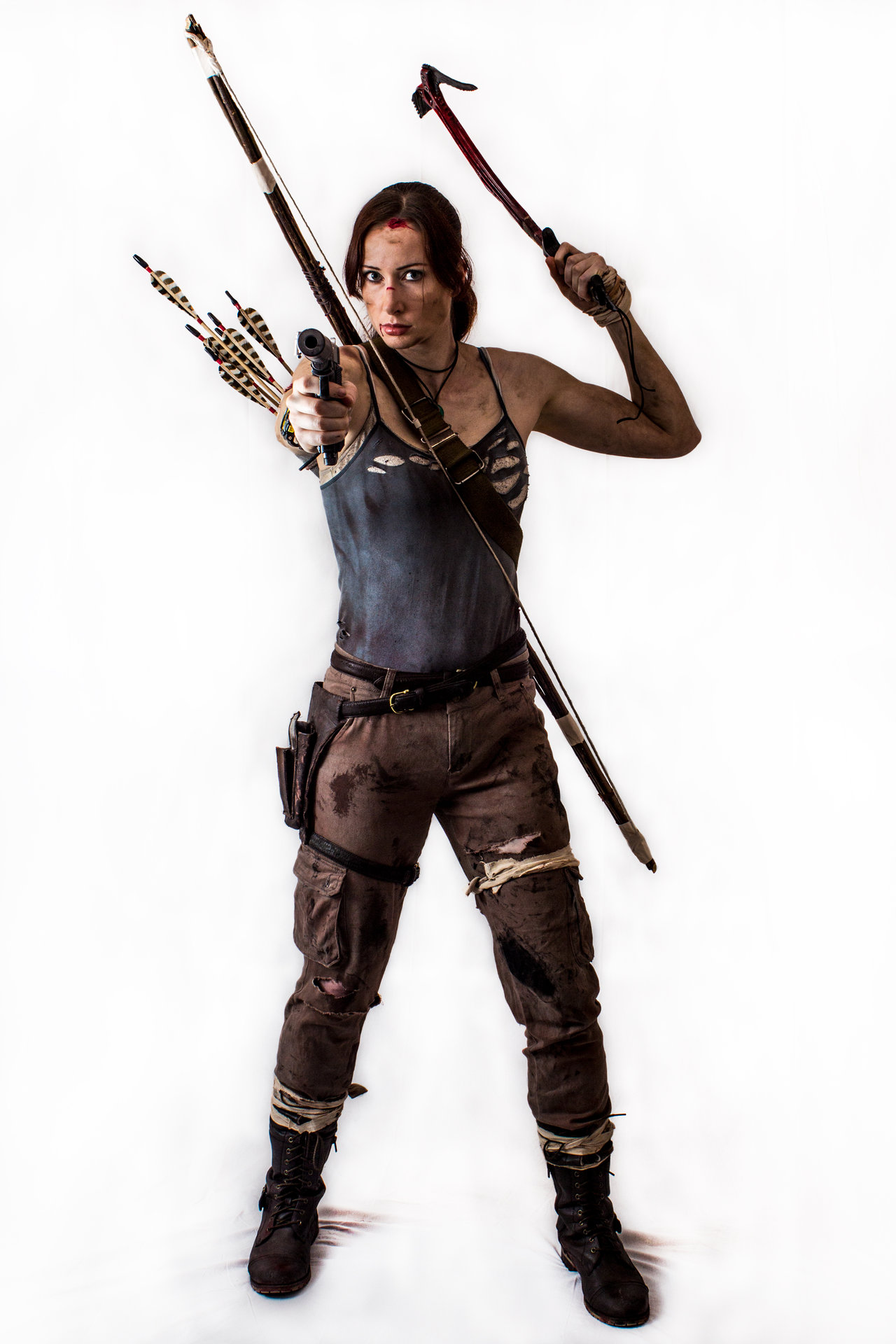 As a gamer what do you think was your defining moment?

It was when I first played The Legend of Zelda: Ocarina of Time on the Nintendo 64. The game blew me away and turned me from a regular Zelda fan into an obsessed one! It was the first game that I looked up online because I wanted more and led me to eventually starting my own Legend of Zelda fan site, which I still do today.

The first convention that I ever went to was a small Stargate convention. I was under the impression that most people dressed in costume for sci-fi conventions, so I decided to dress up as a Wraith (the main enemy race in Stargate Atlantis). I’d always enjoyed making costumes, but hadn’t had many chances to make them, just the odd costume party. I had tons of fun making the costume, and when I arrived at the venue on the day of the convention, I was rather surprised to see that most people were in fact not in costume. I definitely stood out, but the reaction from other attendees to the costume was incredible. I hadn’t even thought about cameras, but so many people wanted photos with or of me, and the Stargate actors who were guests at the convention loved the costume too. The costume was also a huge talking point, and I spoke to way more people than I ever would have if I’d been there in regular clothes. I’m lucky enough to call some of the people that I met at that event close friends now. And as for cosplaying, I was hooked! 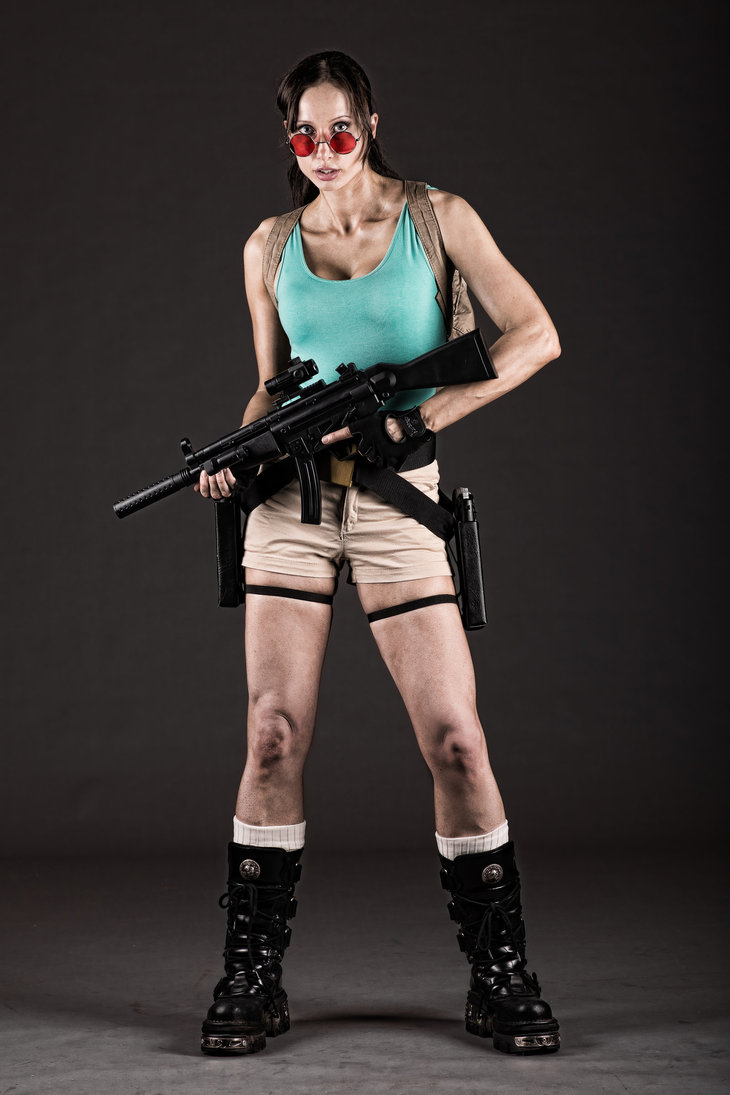 E3 was great! I’ve wanted to go for a long time, but uni and then work always made it hard. The timing worked out for me this year though, so I finally made it over. The atmosphere was wonderful, everyone there was so friendly and I felt completely at home in this environment that totally celebrates video games. I also had the chance to meet a lot of online friends for the first time there, and of course play and experience some really wonderful games.

Tell us about your favourite title or titles as E3?

The Witcher 3 was my favourite. It wasn’t playable, but I attended a demonstration of the game and it looks like it’s going to be something really special. I was also really excited to see a new Zelda game unveiled, even if it was only a brief look! I’m determined to make it back to E3 next year, where hopefully it will be playable.

When it comes to gaming, what is your favourite title and why?

My number one favourite is The Legend of Zelda: Ocarina of Time. I’d played 2D Zelda games on the NES, and to see Hyrule re-created in 3D was incredible. It looks really dated now (unless you play the 3DS remake), but those graphics seemed so pretty at the time. I was also captivated by the story, and as I mentioned earlier it had a huge impact on my life. 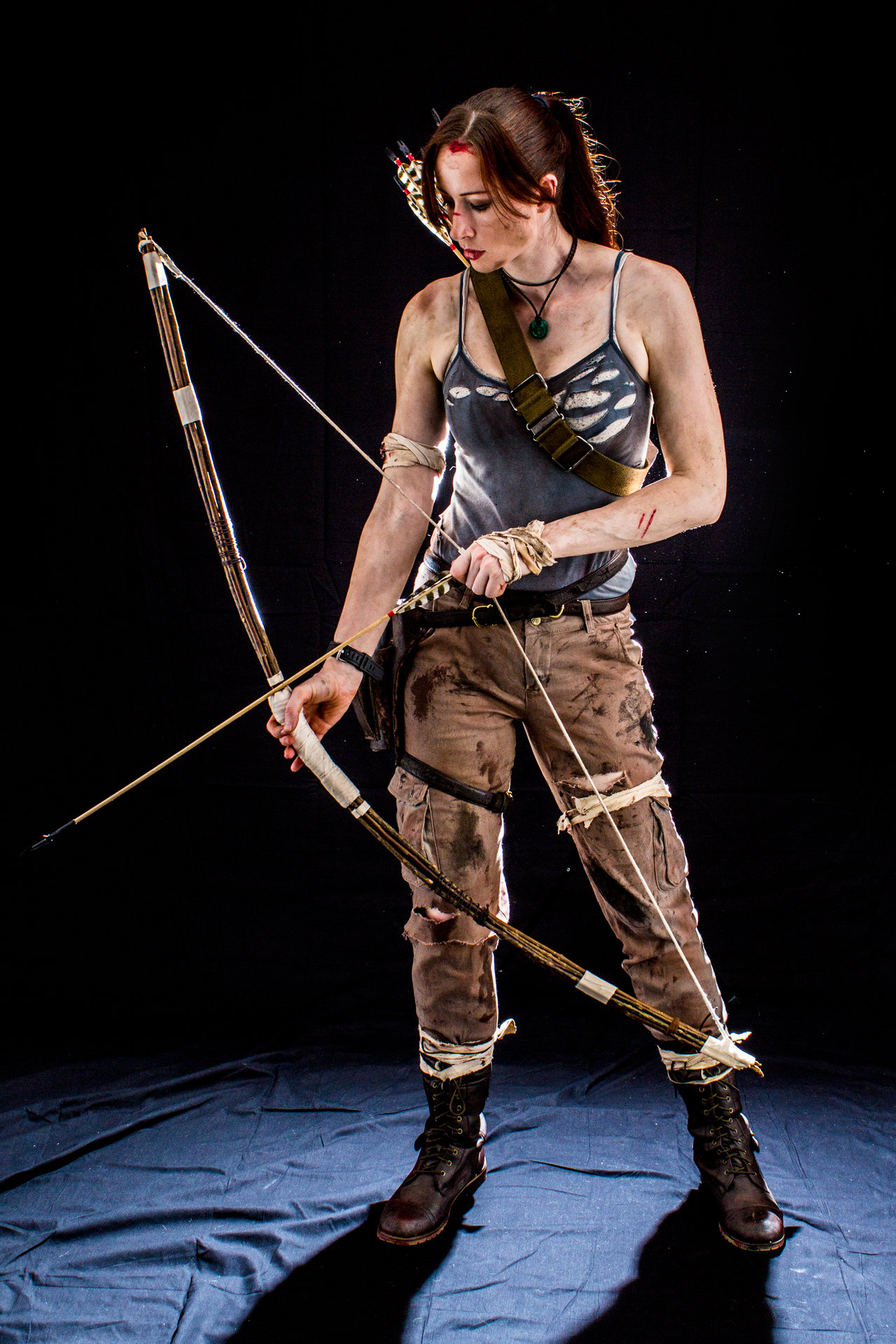 Why do you relate to Lara Croft?

The minute I first heard about Lara, she appealed to me. A resourceful and intelligent woman kicking butt and traveling around the world having adventures… that’s who I want to be! Strong women have always appealed to me, so it seemed very natural to feel a connection with her. I also loved the tomb raiding aspect of the games and the references to ancient history, which has always fascinated me. I’ve also always loved the Indiana Jones movies, and I felt like the early Tomb Raider games had a lot of things in common with them.

What’s the coolest aspect of cosplaying as Lara Croft?

I also can’t help but feel like I could take on the world whenever I pull on her shorts, strap on holsters and step into the boots. I love going outdoors in the costume and doing things that Lara would do and creating interesting scenes in the form of photos. It allows me to combine my love of Lara, costuming, the outdoors and sports all into one.

If money was no issue, which character would you love to cosplay?

I’d love to make Samus Aran’s Varia suit one day. I’ve also considered Xena, there’s a guy called Todd’s Costumes who makes really accurate replicas of her costume, far better than anything I could ever make, but they’re not cheap!

Do you have any funny convention stories?

A couple of years ago at Armageddon Expo in Melbourne, my friend Jenn and I were both dressed as different versions of Lara Croft and we decided to film a Gangnam Style video (back when the song was popular). We set up to recreate the elevator scene: our friend was outside the lift with the camera, and we were inside. The plan was to close the doors and then open them and start dancing as soon as they opened. But unknown to us, someone called the elevator, so when the doors opened and we started dancing, it wasn’t the camera in front of us, but a family who’d been attending the Parenting and Baby expo in the same building. The looks on their faces were priceless.

We did end up filming the scene, and someone turned it into a GIF which made it onto the front page of Reddit: http://www.reddit.com/r/gaming/comments/12xaww/lara_croft_gangnam_style_in_an_elevator_gif/

Besides E3, have you been to any other conventions this year? And if so, what was your favourite and why?

Work has been making it hard for me to attend conventions lately, but I was lucky enough to make it to the Saturday of Supanova Melbourne in April, and the Saturday afternoon of Oz Comic Con Melbourne last weekend. It was my first Supanova in a few years and I was amazed at how much it’s grown. I was in costume at Supanova, so I had more fun there than I did at OCC, where I was in casual clothes. It’s always more fun to be in costume!

With so many great titles being released in 2014, what are you hanging for?

I’m really looking forward to getting Hyrule Warriors and Super Smash Bros. Wii U (undecided on the 3DS version right now). Dragon Age Inquisition looks amazing, and I’ll also get Assassin’s Creed Unity, although I’m not as obsessed with the Assassin’s Creed games as I was a few years ago. 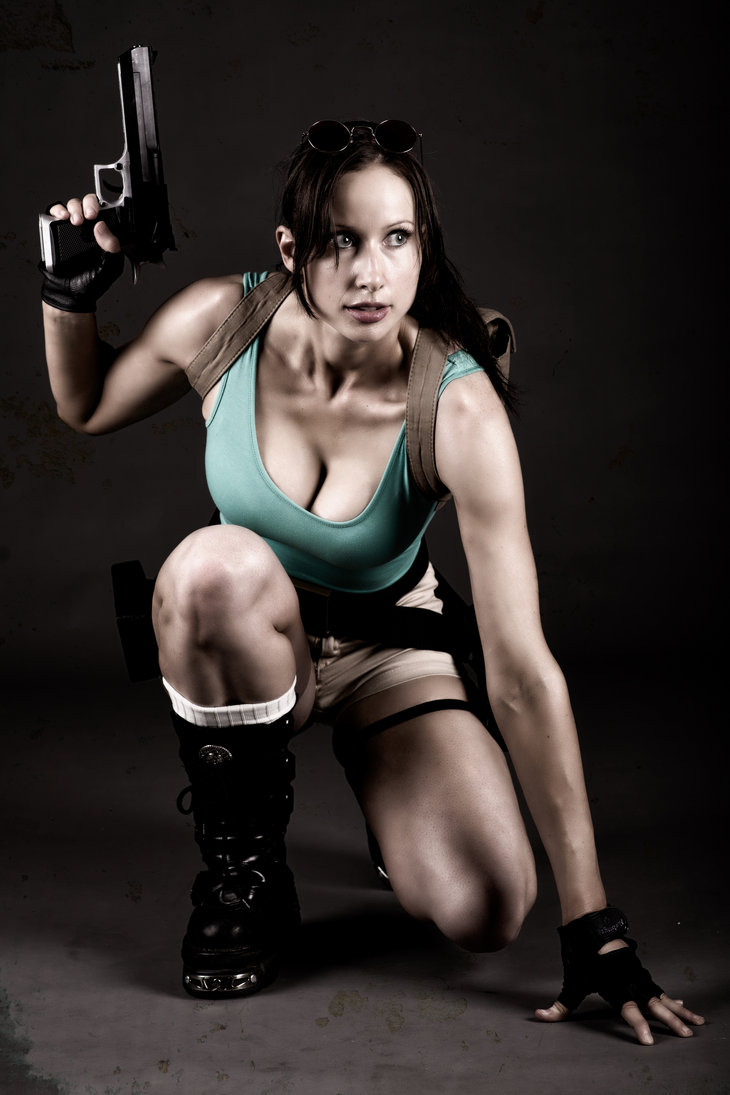 If you’re stuck on a desert island with your console of choice, what would it be?

It’d probably be the Wii or Wii U, purely so I have access to the back catalog of Nintendo games through the Virtual Console (pre-downloaded of course, I assume that desert islands don’t have internet!).

So where can fans find out more about you?

Thanks for your time Shona! 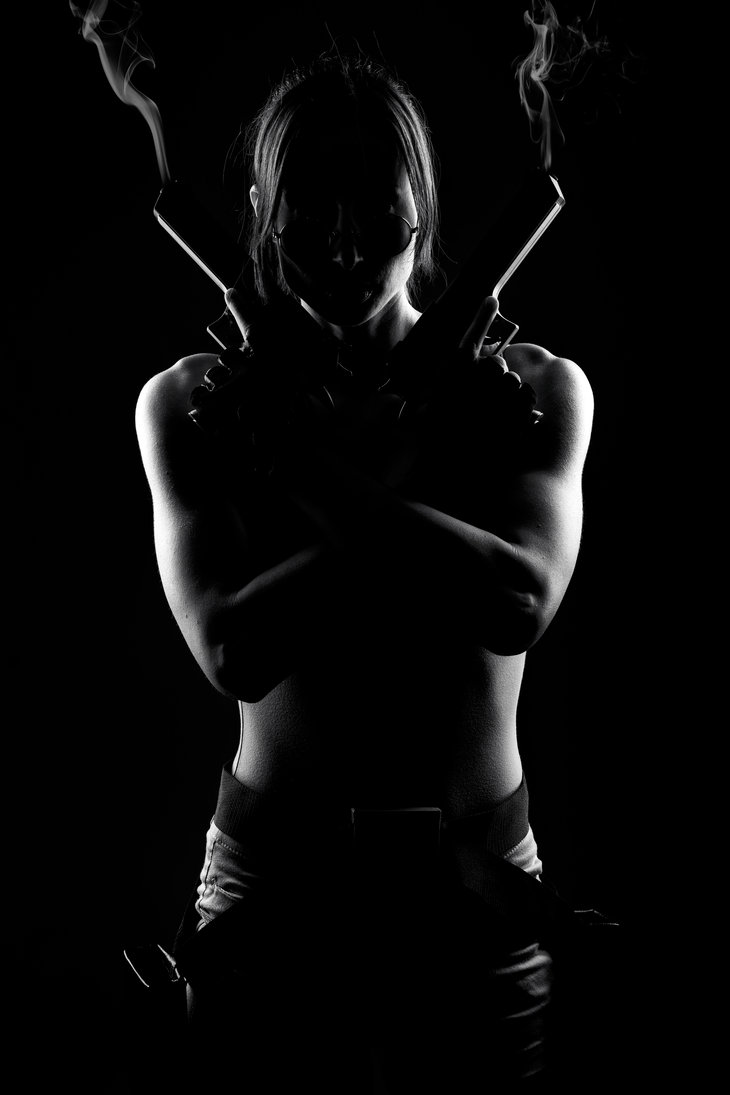