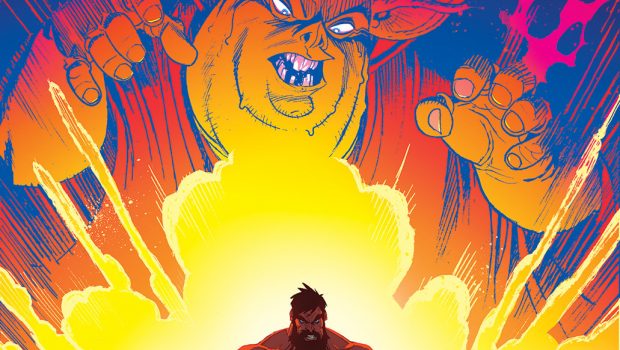 SHIRTLESS BEAR-FIGHTER! #2 RUSHED BACK TO PRINT!

After being betrayed by the bears that raised him, the legendary SHIRTLESS BEAR-FIGHTER wanders the forest he’s sworn to protect, fist-fighting bears, eating flapjacks, and being the angriest man the world has ever known! When wild-eyed, super-strong bears attack the citizens of Major City, Shirtless ventures into the human world to do what he does best… PUNCH THOSE BEARS IN THE FACE!

Don’t miss out on the opportunity to join Shirtless on his bare-chested journey toward glory.

“As wonderfully wild as it is completely literal.” —IGN

“A home run for me. It hits all the right silly notes, not taking itself too seriously. I can’t say this a concept I ever would have thought would exist as a comic book, but I sure am glad it does.” —Comicosity

“I am pro all Bear vs Man action and very excited.” —Kieron Gillen

“I loved this book. Its only flaw is we never actually get to see Shirtless Bear Fighter’s flap jack. Don’t let bears wipe their ass on America, support Shirtless Bear-Fighter!” —Joshua Dysart

“If you care about anything great in the universe, you’d be reading Shirtless Bear Fighter by my buddies Sebastian Girner and Jody LeHeup!! Amazing!” —Jerome Opeña‏ 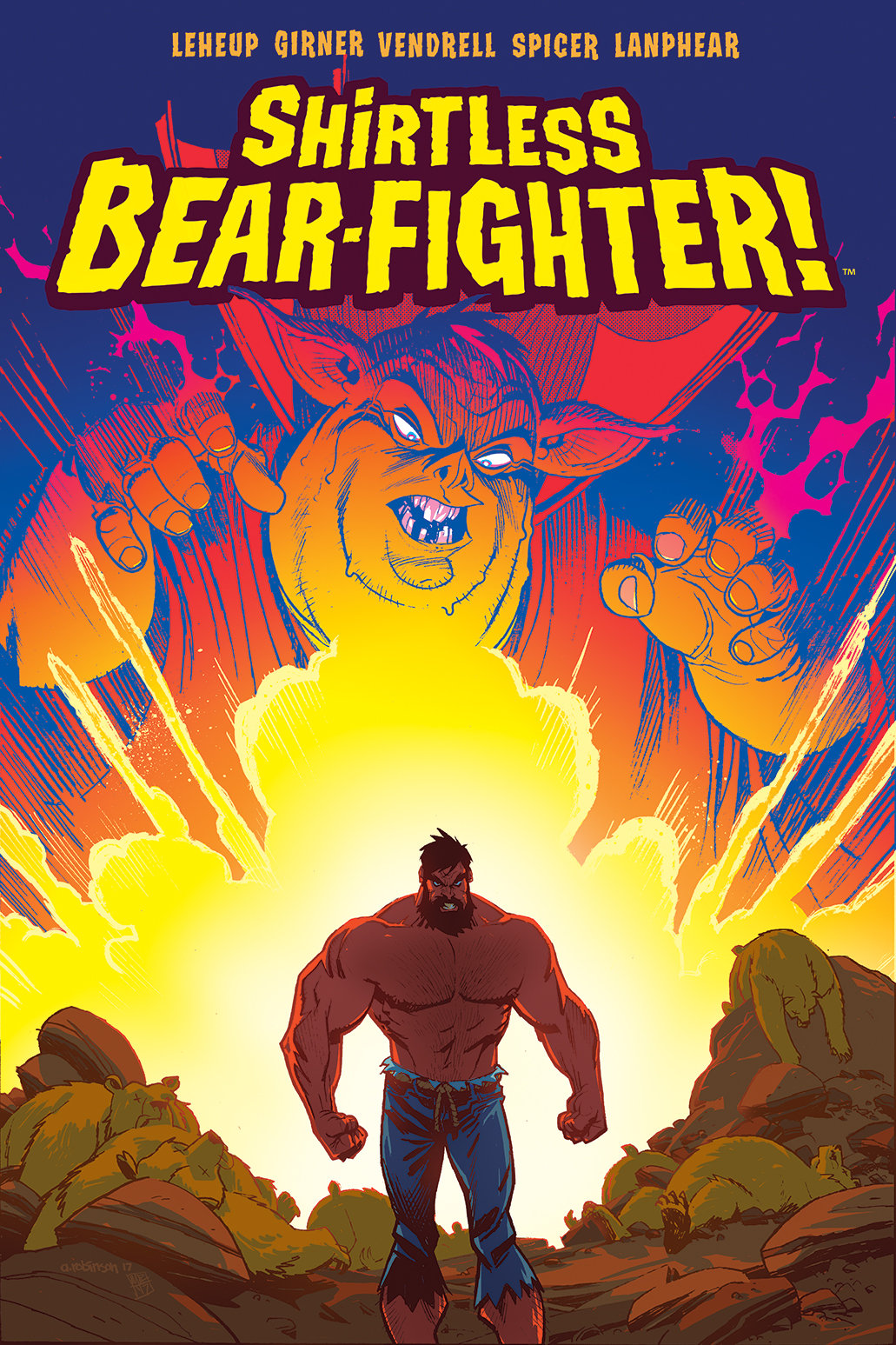