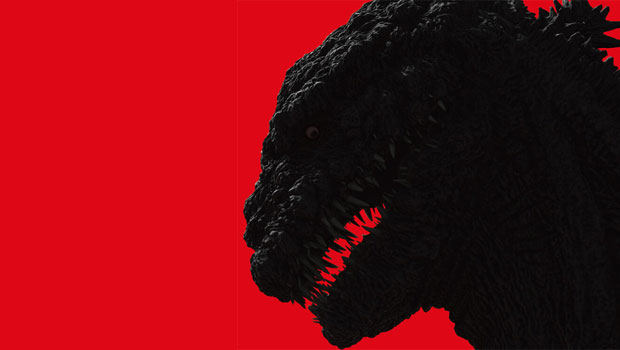 Summary: Godzilla is back, and in Japan, where he belongs. Topical themes of nuclear destruction are embodied in the grand-daddy of kaiju monsters. Godzilla is back and Tokyo is about to suffer!

The twin atom bomb attacks on Japan in August 1945 not only ushered in the nuclear age, it also changed the face of science fiction films. In one fell swoop, gone were the tame steampunk fantasies of Frankenstein (1931) and in its place emerged the horrors of mass destruction and radiation poisoning and mutation.

As Japan emerged from the post war devastation, grappling with its new place in the world and how to beat the Americans at their own game (capitalism), the Japanese film industry embraced a new trope – Godzilla (or Gojira, for the locals). Seeking to sanitise and re-package the nuclear devastation visited on them, Godzilla was born. A massive, all destructive, atomic breathing nightmare, he crashed through Japan, establishing a franchise that has lasted up to the present day, including with this new presentation, Shin Godzilla. 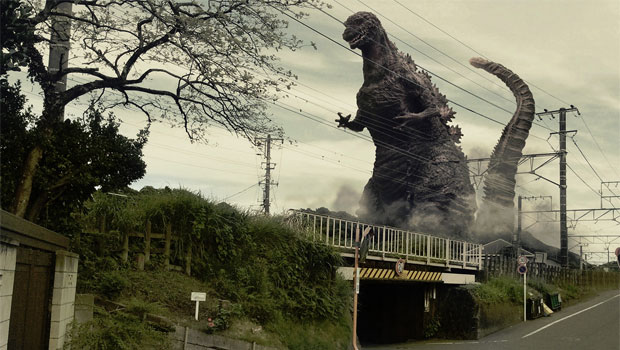 The original Godzilla movies were how the Japanese dealt with the fact of nuclear attack on their soil. Shin Godzilla similarly embraces current Japanese issues – the fallout (literal and metaphorical) of the 2011 Fukushima nuclear plant disaster, but also the sclerotic Japanese government and bureaucracy, who overseen the so-called ‘lost decades’ of the last twenty years of sub-standard economic growth, which has seen Japan slip behind China in the big league economic stakes.

The themes in the movie, with its very strong anti-nuclear stance, are front and centre. Godzilla is a mutation born from man-made radiation. He is Japan’s original sin – in effect, a nation directly affected by nuclear attack, in embracing nuclear power, has brought Godzilla’s devastation onto itself through its own actions. The American’s also come in for some stick; on the one hand, they are willing to help, but their motives, much like after the war, are never entirely pure. And as mentioned before, the Japanese government, its elites, seem more intent on never straying too far from what they think to be best, when in fact, as has been seen in Japan’s economy, the old ways have led them up a blind alley. 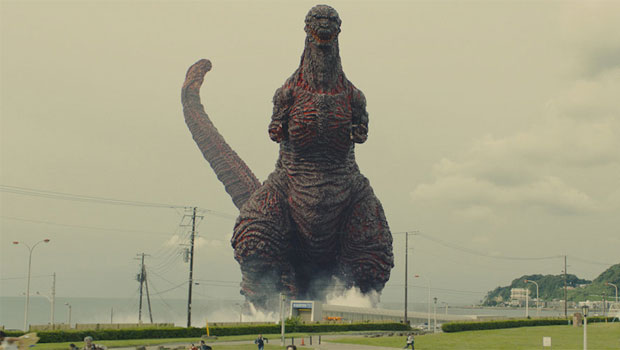 In terms of spectacle, this movie pulls out all the stops. Godzilla is enormous, dwarfing the Tokyo skyscrapers and leaving utter devastation in its wake. The military is called out; naval, land and air forces combine in an attempt to defeat the massive beast. The image of Godzilla, in the centre of Tokyo, surrounded by total destruction, is as evocative an image as you’re likely to see in movies. However, it is only human ingenuity and scientific nous which see a resolution to the death and destruction.

The music is big, the action is bigger and the model effects are a delight to watch. The Making VFX featurette gives an excellent insight into the work done to bring Godzilla back to life in all his computer generated glory. In fact, the special features are of special interest – compare and contrast the Japanese trailer, with its epic, soaring music against the visuals, with the US trailer which neatly omits anyone speaking Japanese, instead taking a hyper-kinetic approach to mask the lack of speaking actors. Godzilla’s design evokes the classic films, but the use of colours – black and red, lend more modern, sinister visuals, adding to the menace. 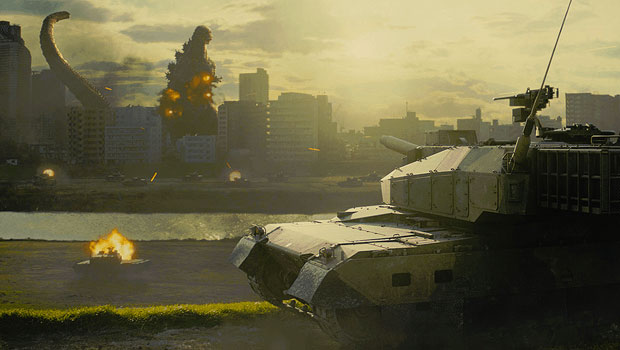 Shin Godzilla does what all the best science fiction movies do; within the action and adventure, the cataclysmic disaster, the mass death and devastation, it provides a way for the audience to process the unpredictability of nature and the futility of man’s efforts to tame it. Shin Godzilla is a worthy entry in the canon, and in bringing Godzilla front and centre into the modern era, provides a way forward for further movies.

The extras are a little light, apart for the aforementioned Making VFX. We are shown the behind the scenes concept art and computer animation, which provides an interesting, if brief insight into the creation of this iconic beast. Visually, the movie is stunning – crisp images abound. Audio-wise, again, we are treated to the best the blu ray format can bring. There’s no mistaking the menacing, operatic tone that serves as the signature for this movie.