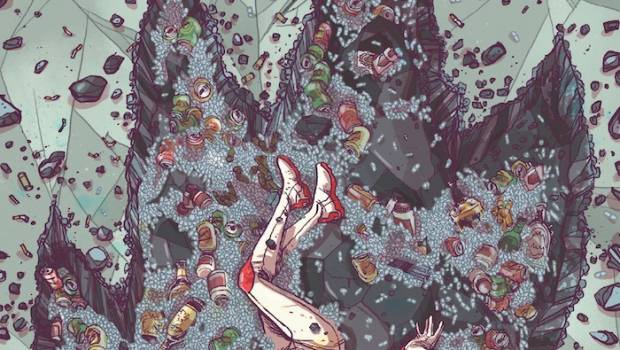 She’s Going to Save The World…Right After Last Call 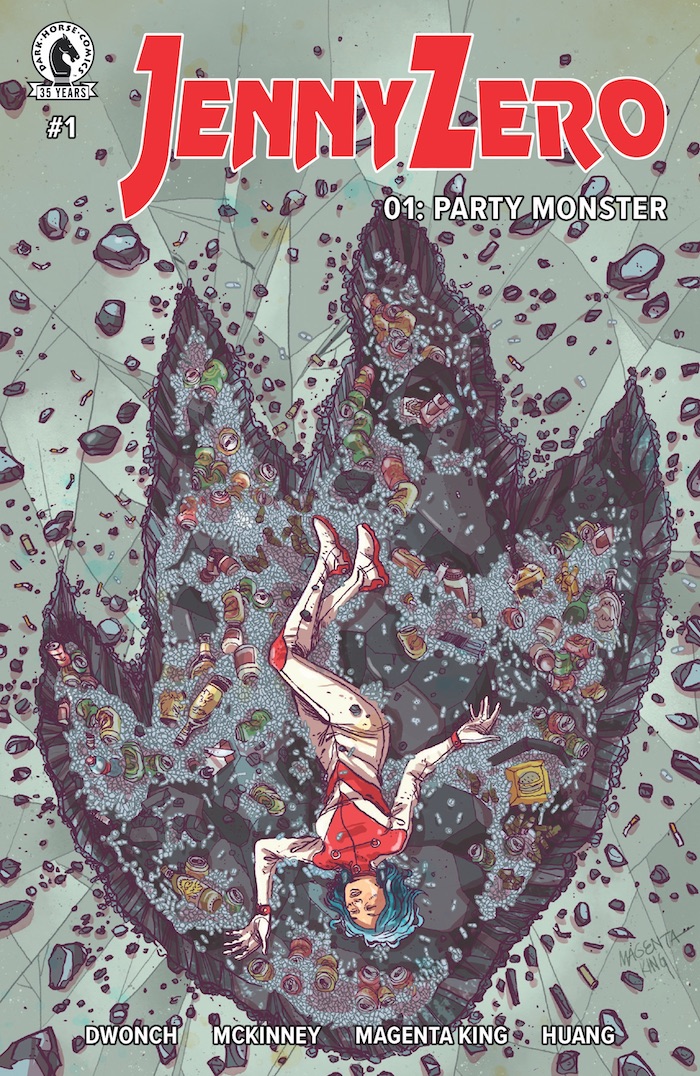 Meet Jenny Tetsuo, the hard-drinking, hard-partying daughter of the beloved superhero Mega Commander Zero. After washing out as the military’s top killer, “Jenny Zero” now lives the celebutante life with her hotel heiress and publicist best friend, Dana Sheraton. As the world returns to turmoil, Jenny must decide if she can give up her life and become the hero the world needs. Jenny Zero combines humor, heart, and monsters to create a superhero that’s blended, shaken, stirred — and perfectly imperfect.

“When Dave and I started working on Jenny Zero we wanted to get back to the idea of making “fun comic books” simply for fun’s sake. And the end product, the idea of an ass-kicking lush who hunts monsters, most certainly is. But as we worked, and as series artist Magenta King began to bring Jenny and her world to life, it also took on the themes of self-responsibility, parental contrition, and the idea that no one but yourself can define who you are. All that, set against the backdrop of off-the-wall characters and otherworldly creatures. But yeah, in the end, it’s still very much about getting a good buzz on and going monster-hunting.”- Brockton McKinney.

“Brock and I challenged each other on every page, through every twist and turn, and came up with something that completely satisfies our inner-teenager AND our outer grizzled comic-reading selves. We’re huge pop culture nerds, and Jenny Zero is the best of everything we love, combining the sense of legacy found in the DCU with the kitschiness of the 1960s Ultraman series and the over-the-top action of the John Wick films. It’s completely gonzo storytelling with some of the most insanely beautiful artwork in comics. I think the world needs a book like Jenny Zero right now.”- Dave Dwonch.

Jenny Zero #1 (of four) arrives April 14, 2021, and is now available for pre-order from your local comic shop.