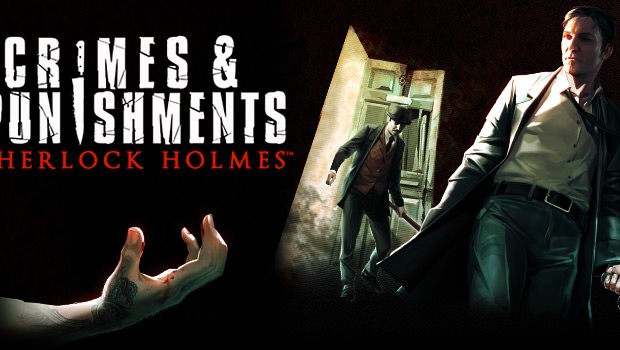 His skills, your wits!

From luscious gardens to Victorian manors, to grim crimes scenes, discover the beautiful and meticulously detailed environments you will explore as Sherlock Holmes in Frogwares’ latest investigation game, Crimes & Punishments, coming from October 2 on PS4®, PS3®, Xbox One®, Xbox 360® and PC.

A testimony to Frogwares’ care and attention to detail in their gorgeous recreation of the Victorian era, this video is the third of a series focusing on the many new aspects brought to Crimes & Punishments, expanding on the series in every way.

London and its suburbs are composed of varied and exotic locations, sprawling with culture and class at every turn. From moon-lit grimy alleys, to sun-kissed Chinese gardens, no matter how seemingly peaceful a scene may be, it is always open to the horrible thefts and murders that Holmes charges himself with investigating. Hot on the scent, you – along with Watson – will find yourself readying the motor-carriage to visit some of the most famous locations in and around London, such as Kew Gardens and the Roman city of St Albans. Where there is beauty there is murder, in this faithful recreation of the Victorian world.

There are six unique cases in Sherlock Holmes Crimes & Punishments, and with each new case new locations to explore and piece together all the clues in order to feel confident about the choices you make, culminating in either the absolving or condemning of a suspect. Expanding on the universe of Sherlock Holmes games, Scotland Yard makes an appearance as the central-hub for interrogating suspects once arrested, examining evidence, and even inspecting corpse after autopsy, for any all-important missing clues!

Last week, we witnessed Holmes’s Art of Subversion, as well as hisArt of Interrogation. We’ll be bringing you a new video each week, right up until launch, so stay tuned!