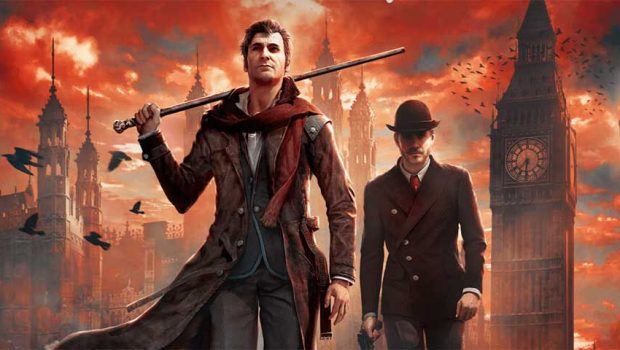 Summary: Uncover the mysteries, solve the crimes and conceal the secrets of your family in this action adventure game set in the heart of dark London.

Sherlock Holmes: The Devils Daughter, is the eighth instalment to the popular The Adventure of Sherlock Holmes series. In the deep, dark corners of London you (as Sherlock Holmes) investigate the depths of the human soul in this action adventure game developed by Frogwares and published by Bigben Interactive. Sherlock Holmes has always been good at uncovering secrets but is he as good at keeping them, especially from his daughter. 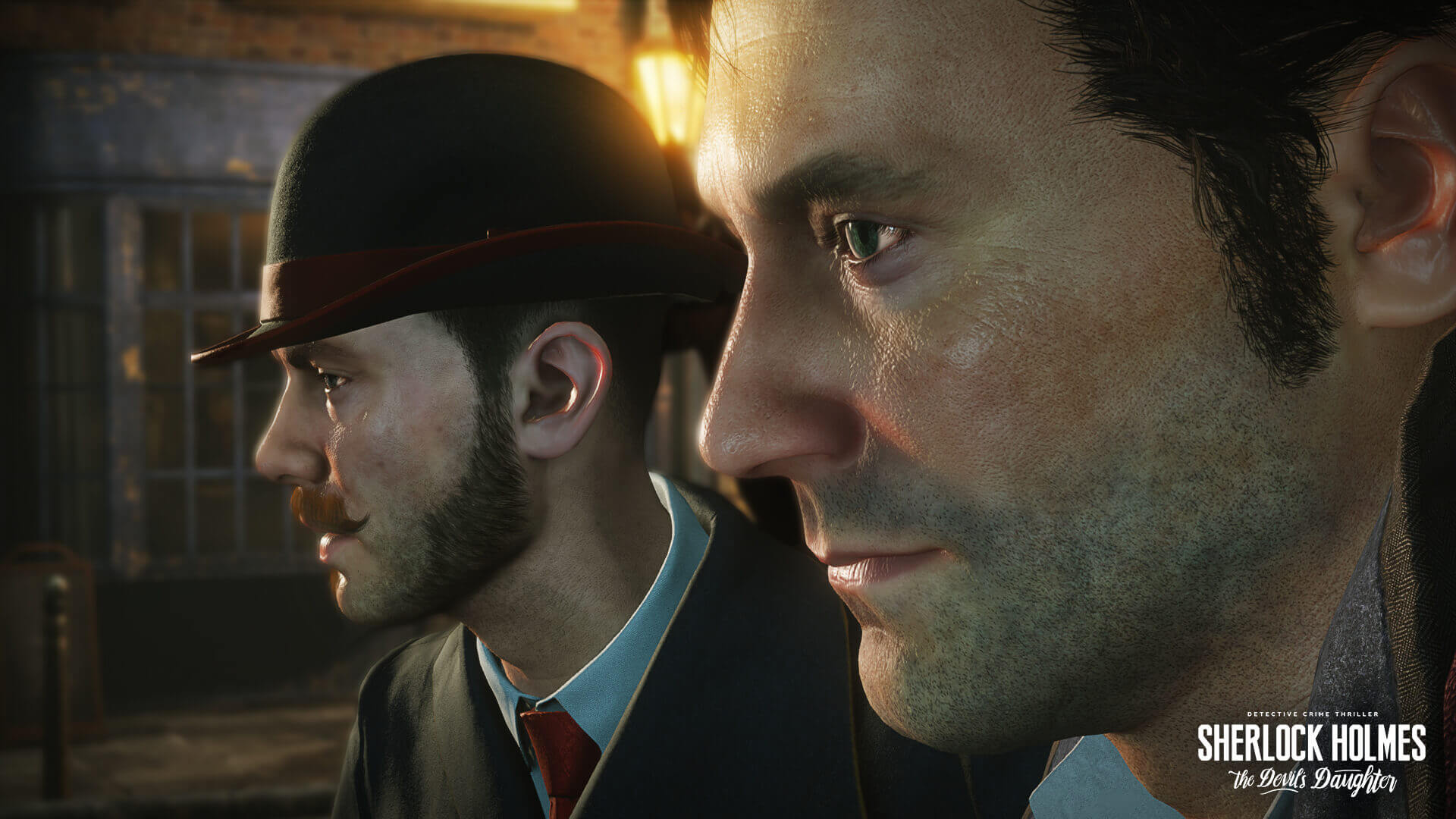 With five cases to solve, each slowly revealing the wider mystery surrounding Holmes’s adopted daughter Kate, set within the bustling streets of London, you have yourself a pretty big game on your hands.

The first case begins with the young Tom Hurst, whose father has been missing for a few days after taking on a ‘secret job’ through an unknown employer. Intrigued, Holmes agrees to take on the case.

Piecing together clues, exploring locations of interest, making deductions, interrogating suspects, solving mini puzzles and playing as Toby (yes Toby – Holmes’s loyal canine buddy) there is a lot to get through in this game, which unfortunately left me less excited the more I played.

I found most of the cases started in the same repetitive manner; fun to begin with, but lost the spark to keep you engaged as the case went on. The QTE (quick time events) were slightly confusing, the action sequences were frustratingly long (and laggy) and the dialogue unnecessarily long winded.

The game may have lacked in the instructions department initially but I enjoyed (once I figured out how) using Holmes’s many specially abilities (deductions/powers of observation/imagination) to piece together the varied clues to solve the case. The imagination ability recreates crime scenes in your head to give you a better sense of the events that have transpired, observation allows you to enter a detective mode to uncover the clues that the average person may miss, and deduction (which is my favourite), gives you the ability to form a conclusion about a person based on your supposition and analysis. 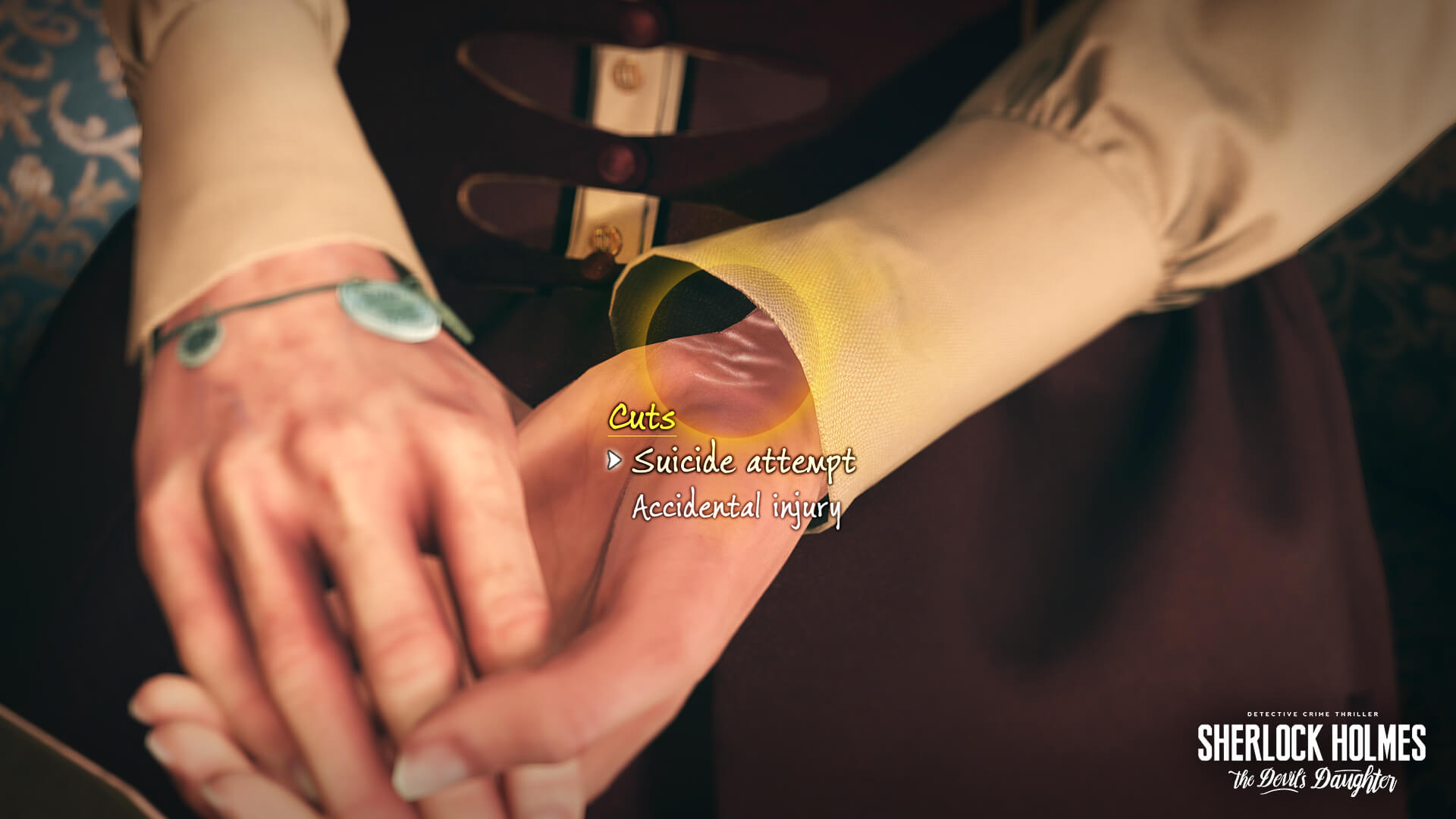 Another enjoyable feature is the ability to play as different characters (not just your usual Holmes and Watson). From scaling the rooftops of London playing as Wiggins (Holmes’s trustworthy eyes on the street) or following the hidden scent of an object as Toby (your canine companion), it added an interesting element to the game that gave it a nice level of quirkiness, difference and fun.

Throughout each case we learn a bit more about the hidden dark motives of your sinister new neighbour Ms De’Bouvier and her dangerous intentions surrounding your daughter. Unfortunately you have to wait until the end of the game before the story, Holmes’s secret, and his questioning relationship with his daughter to really unfold. This is definitely a disappointment and you are left feeling cheated out of a really great plot line which just took too long to reveal itself. 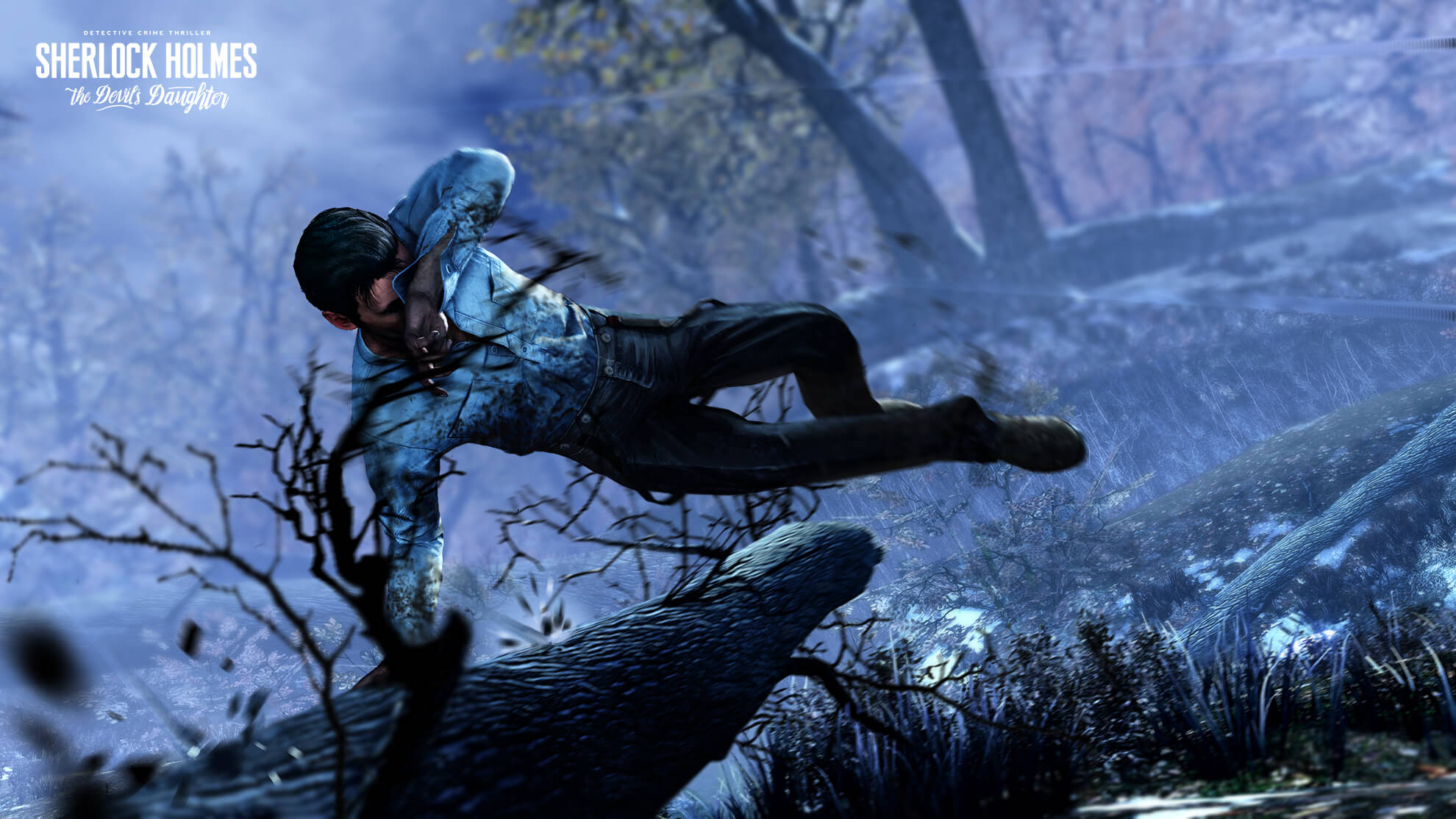 There is a good level of attention to detail to each character and location especially during the cut scenes and it was nice to see the streets of London showcased with its old buildings, old pubs, cobbled stone roads and local buzz. Unfortunately the graphics lacked in the action sequences (lag, hard to control, robotic character feel), the loading times moving between locations was frustratingly long. I found the voice acting a bit flat and didn’t draw me into London as well as the graphics did. 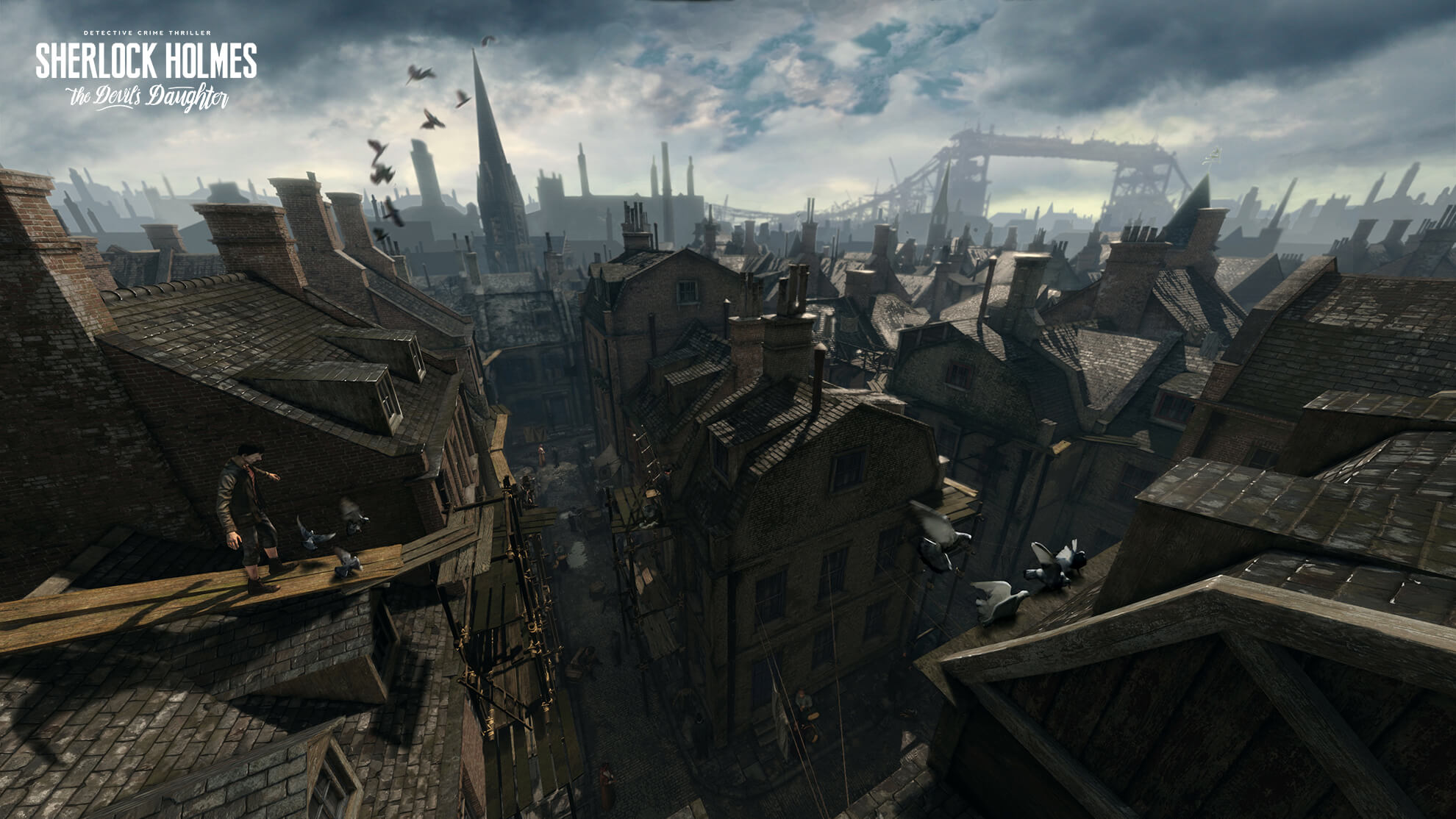 It is a game with potential, but its frustrating game design flaws prevented it from being a ‘must play’. I felt there was a bit of confusion as to the direction the developers wanted to go, as they couldn’t quite marry the point and click and action adventure genre together. There is a lot to explore and the ability to play as different characters, point your finger at multiple suspects and use Holmes’s abilities to piece together clues is great, but the action sequences and lack lustre storyline (until the very, very end) really let the game down. If you are a Sherlock fan and can overlook these flaws then you will enjoy the variety and new detective abilities offered in this adventure, otherwise maybe give this one a miss.