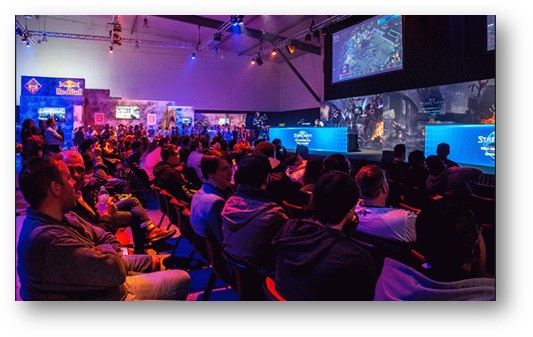 IEM Sydney is done and dusted for another year and we now know who’ll be representing the region at WCS Austin.

Sheldon “Seither” Barrow (Terran) defeated Ryan “NXZ” Jones (Zerg) in the final match of the WCS Challenger OCE-SEA qualifiers. Both competitors will go on to compete at WCS Austin and their chance at the $101,000 USD tournament pot.

The day was full of nail biting plays, surprises and upsets. Regional favourite Sean “Probe” Kempen (Protoss) was quickly knocked down to the losers bracket by NXZ in the first series of the day. To the crowd’s shock, he exited the tournament in spectacular fashion following a 2 proxy factory build by his Terran opponent Nik “HuT” Hutton. Both Seither and NXZ powered through the competition but ultimately, Seither’s expert Terran play saw him take the final victory of the tournament and the lion’s share of the $10,000 AUD prize pool.

Taking place across 1-3 June PST, WCS Austin is the second of four major StarCraft II Championship Circuit events in 2018. IEM Leipzig, Germany marked the first Championship stop in January. The final two Championship events will be held in Valencia, Spain and Montreal, Canada before the Circuit culminates in the WCS Grand Finals at BlizzCon 2018.

If you missed any part of the WCS tournament or just want to relive the action, check out the Twitch VOD.