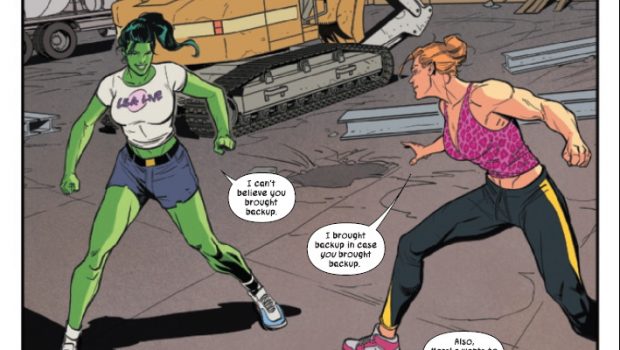 Summary: A fun story and not just because of the She-Hulk fight club that we finally get to see after being teased with it since the first issue.

She-Hulk and Titania finally get together for their fight club date, only to have it broken up by the Thing who thought they were having a real fight. He has business to discuss with her as do a lot of the other superheroes who she has to chastise for not being discreet as her boss has forbidden her from having superhero clients or at least being blatant about it. Later she hangs out with Jack of Hearts on an investigation in civvies as she does not want to attract attention, but trouble finds her as it often does.

I enjoyed this one not the least as they finally had the fight club that was promised in the first issue and it also introduced another one of Titana’s friends who also wants to join in. The Thing is not afraid of her “lava” as he puts it. The part with all the superheroes trying to crowd into She-Hulk’s tiny office at her work were funny but it would be annoying to have that many people in your place of work at once.

After having the last two issues about Jack of Hearts they didn’t really have much with him until near the end of the issue but it was still interesting.

I am enjoying this series and would recommend it to anyone who likes this character. I am not sure how much of this is going to be in the TV show if at all or it will be an entire new storyline for it? 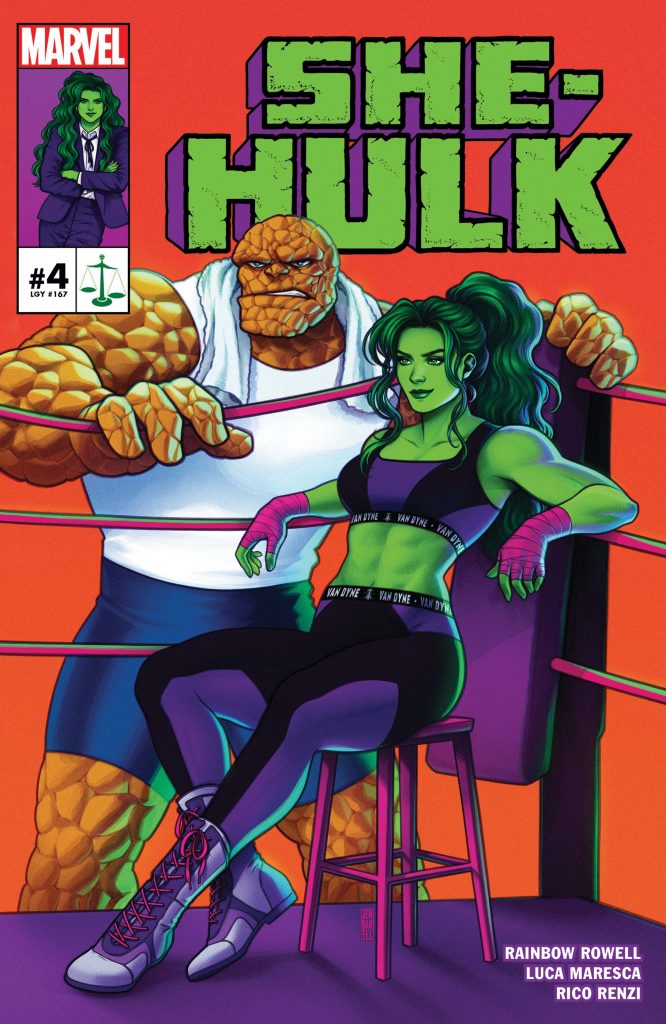