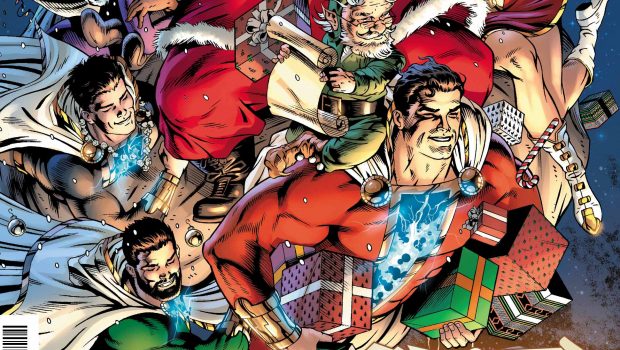 Summary: The story might have been a little slow but it was absolutely beautiful to look at.

With the upcoming movie from Warner Brothers and the DCEU, DC Comics put legendary writer Geoff Johns on the task of bringing the real Captain Marvel back to the pages for comic readers. So I won’t lie when I say I was apprehensive about reviewing this story for two reasons. The first being that I’m a huge Geoff Johns fan, and the second being that one of my favorite stories from the New 52 run was easily the Shazam run.  I absolutely loved issue #1 but I was unsure if I could put my bias aside to review this issue; however, I knew this was really a story I wanted to review so I took this issue and went right in. 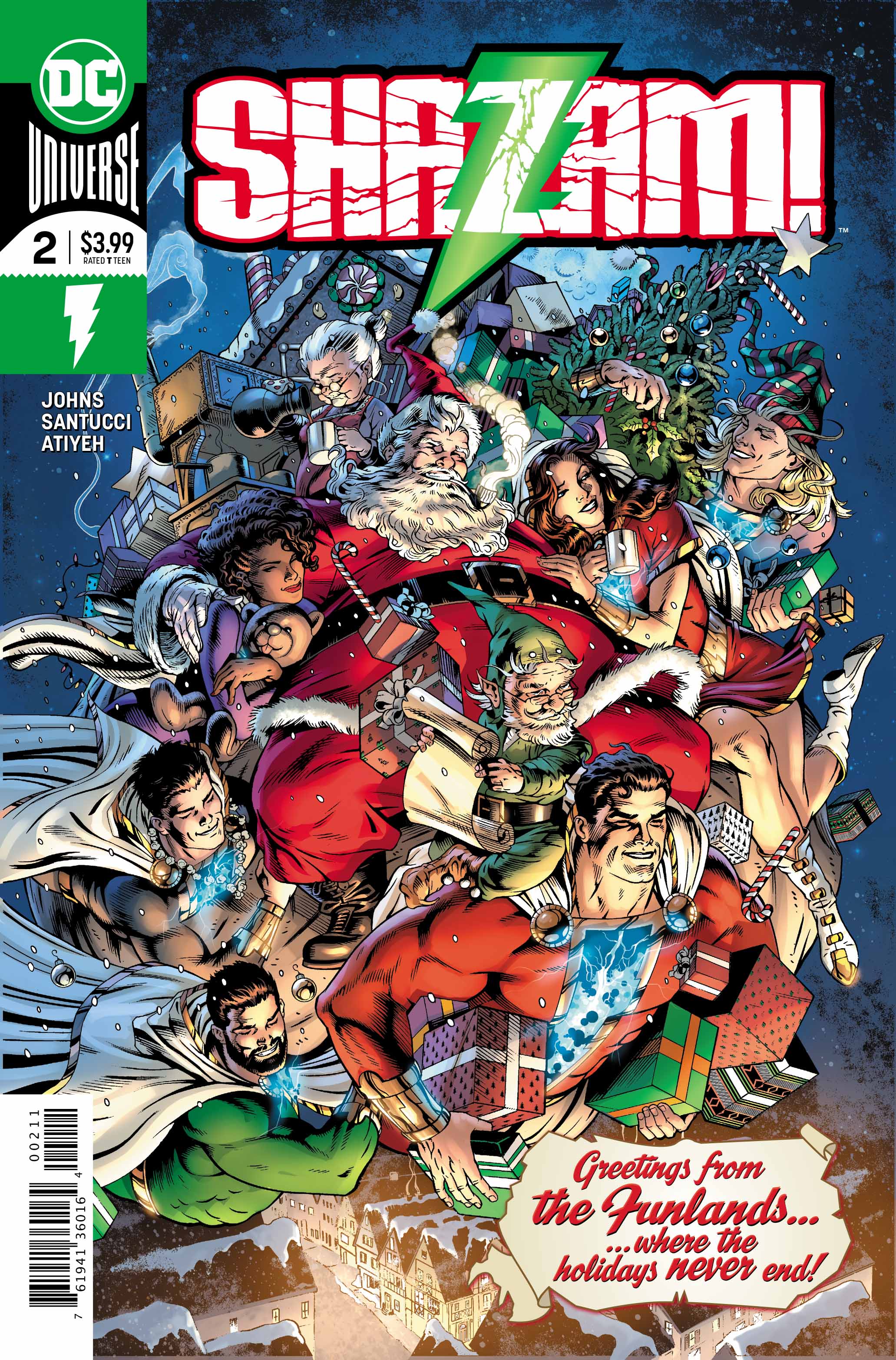 Now, if you haven’t read issue #1 and you’re  not looking for spoilers for the first issue, I wouldn’t read any further. Mostly because issue #2 picks right up with the big reveal from the previous issue. That big reveal was that Billy Batson’s father has shown up to his foster home so I was really looking forward to seeing where this was going. However, sadly, issue #2 doesn’t really forward this part of the story. Actually, this issue didn’t really move the story along at all. Billy and the gang spend most of the issue trying to decide if they should take a few subway trains they have found at the Rock of Eternity; there is a quick scene with the foster parents and a small moment with Doctor Sivana. That’s pretty much it. After an amazing first issue, this one just seems to stall and doesn’t seem to move anything along. Now I know Geoff Johns is an amazing writer and I’m sure the story will pay off in the long run, but with the time between these issues, it would have been nice to have had issue #2 move things along a little. Not to say this issue was bad by any means, it just didn’t really feel as if it added much. If these issues came out more frequently I could let that slide, but given the time between issues, I felt as if we should have been given a little more. 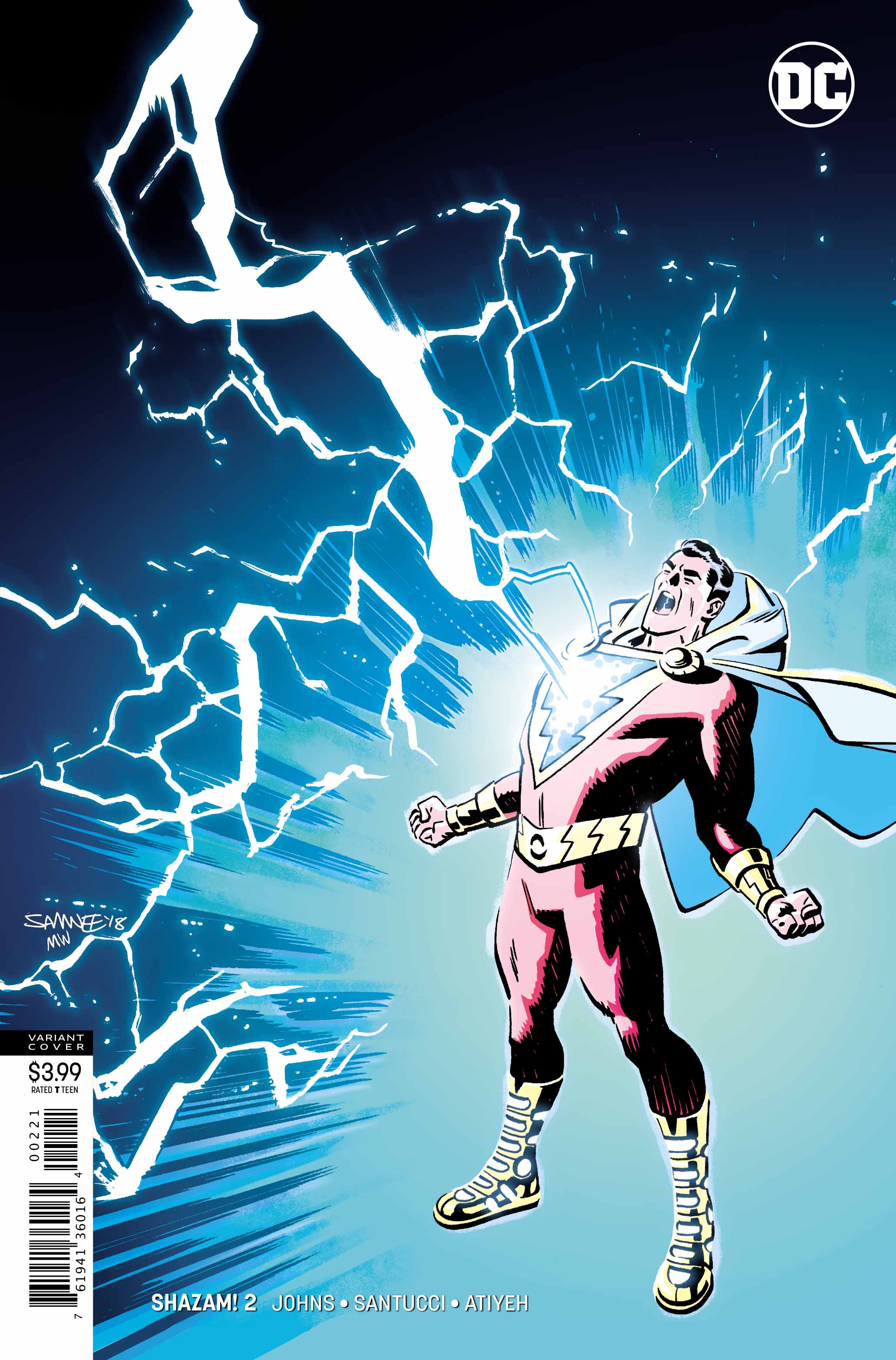 Though the story might have been a little slow and didn’t go much of anywhere, it was absolutely beautiful to look at. The art was incredible, with the lighting in on some of the pages feeling like it could jump right off the page. It was just stunning to look at and really reminds me as to why I love the medium so much. With a good story and amazing art, it’s easy to lose oneself in a comic book. Even with my complaints about the slower story, I still feel this issue deserves praise for its work, so I’m giving this issue 4 stars, and look forward to seeing Johns and the rest of the team on the next issue.