We catch-up with Shaun Colligan, Fitbit’s Regional Director for Australia and New Zealand to talk about their latest products, the future and his favourite features of their activity trackers.

So how did you become involved with Fitbit Shaun?

I worked in the telecommunication industry and I’ve always been involved with technology and those innovative brands such as Nokia. I was actually approached by Steve Morley who is the Vice President of Asia Pacific for Fitbit and we used to work together back in our Nokia days which was around 9-years ago so it was through a friend’s network <laugh>.

As you’ve been involved in technology for a number of years, tell us some of your favourite features of Fitbit products?

I started off being totally addicted to the PurePulse heart rate monitor feature on the devices. I used to have a tracker a few years ago when I was doing a lot of running and I’m getting back into that now since I’ve joined Fitbit. Now I’m really into the sleep patterns feature and I seem to have a few good night during the week where I get a good 7 to 8 hours of sleep which is fairly decent and then I get quite a few restless ones amongst that as well. It’s also one of those features where I look at it every morning now and compare it to the other nights of sleep I’ve had. It’s also very interesting because sleep is one of the important parts of your day in order for your body to recover and regenerate to give you the right kick start ahead of a fresh day for you. I look at my sleep patterns every morning for the night before and I’m either happy or I cringe <laugh>. 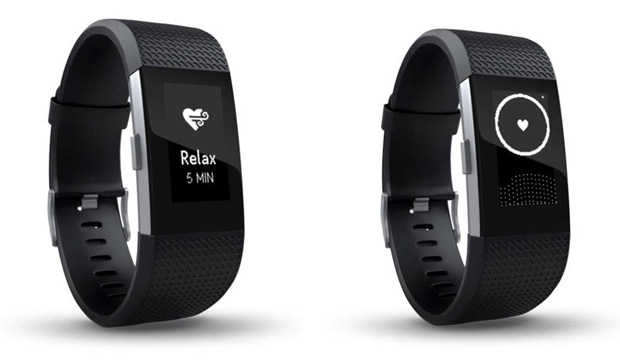 As to one of the new features, I’m using the Charge 2 now and I love the cardio-vascular fitness measuring feature using VO2 Max. My current cardio-vascular level is pretty good and once I start running again, I’m hoping to improve even more thanks to the VO2 max feature. However probably the hidden feature I’ve fallen in love with is the guided breathing exercises, also on the Charge 2. So if you’re having a stressful day, you can tell that through your heart-rate with what’s going on and the guided breathing actually synchronises a breathing pattern for you based on where your heart-rate is at. And then it works with you through the breathing exercises to just reduce your heart-rate which reduces stress. So I really love those two features on my Charge 2. 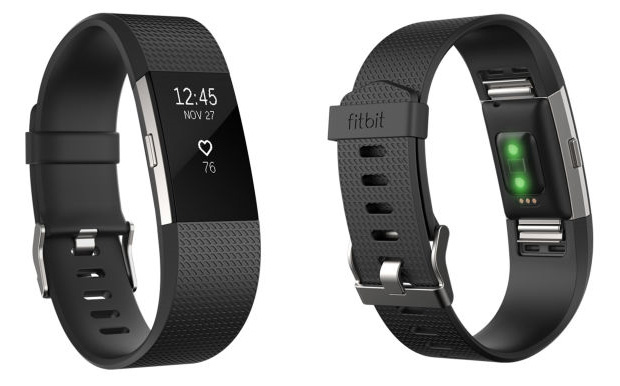 So tell us about the new Fitbit Charge 2?

It takes over some very big shoes which was the Fitbit Charge HR that was one of our most popular devices globally. The first thing that you notice about the Charge 2 is the industrial design which has a new display that is literally four times as large as the Charge HR. This allows more rich content to be displayed to our customers which is giving them a richer experience in terms of heart-rate and steps. We’ve now got notifications coming through on this device that is synced to your smartphone like text notifications, calendar reminders and so forth. It really does step it up and wasn’t possible with the Charge HR because of the size of the screen. 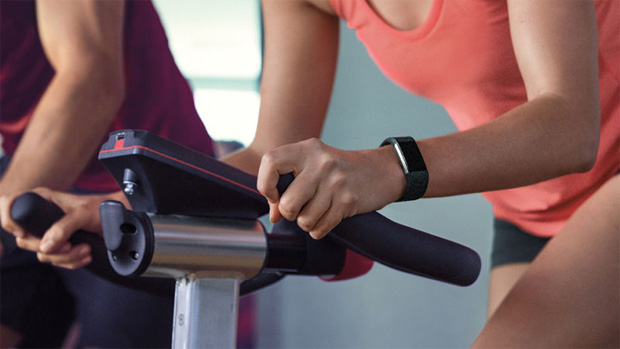 We’ve talked about the guided breathing exercises and it still does the smart tracking of your exercise routines that can me matched to what you’re doing like cycling, running or weights which is automatically happening in the background and you don’t have to switch the device to a particular mode to get that benefit. You can also remove the band that is something we’ve been keen for and allows our customers to accessorise the device, depending on what time of the day it is. You might be quite happy going to the gym with the rubber band but when you go out in the evening, you might want to have a leather band of silver bangle. This turns the tracker from a fitness device into some sort of jewellery accessory.

What we want to do is have our customers wearing our device 24-7 so they can get a full picture of what they are doing in the day or when they’re out in the evening so it’s still measuring their activity or while they’re asleep with the sleep tracker. So our new industrial design you can accessorise with straps, bands and bangles of different textures, metals and leather as I mentioned earlier. So these are some of the key highlights of the Charge 2. 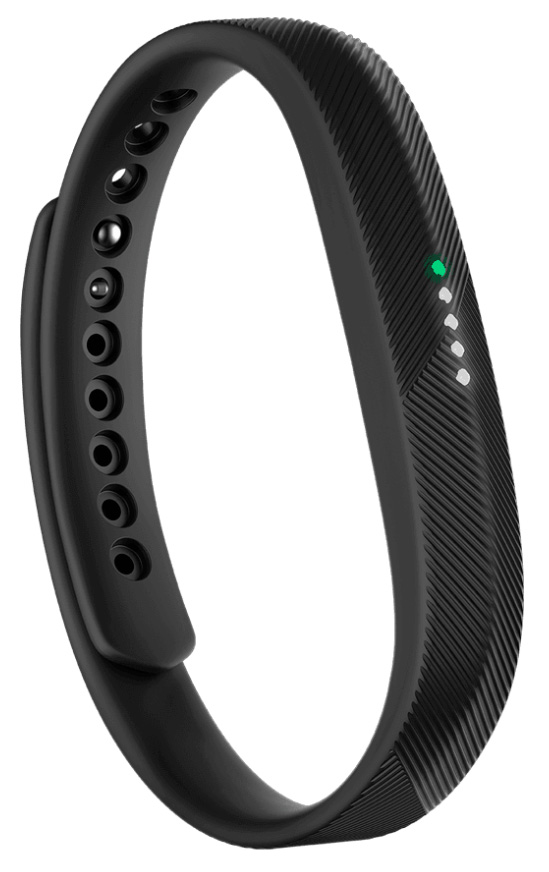 What about the Fitbit Flex 2?

The Flex 2 is about to be released on the Australian market and will go on sale soon. The Flex 2 is also our first swim proof design that allows you to track your activity in a pool via the app and count your laps which goes toward the total of your daily exercise regime. That’s the first time we’ve had a device that is swim proof which is fantastic for us and it’s one of the most popular features that we’ve been given feedback from our customers. 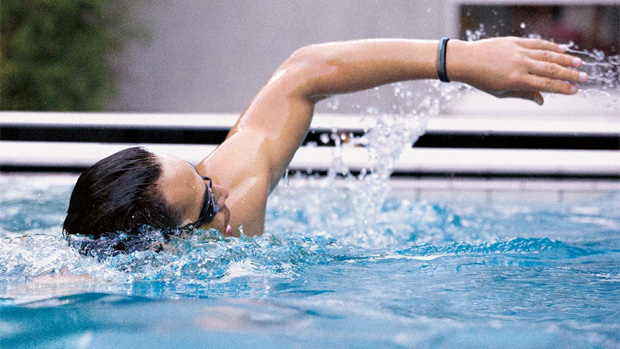 The Flex 2 also has smart track which is capable of automatically tracking whether you’re running or on a bike and again, it counts towards your exercise. Because the pendant is removable from the band and it’s so small, we’ve actually designed a whole new range of accessories for ladies like pendants hanging around your neck or bangles to put around your wrist. This is the theme of allowing our customers to wear these devices 24×7 so it doesn’t look like the device you’d be wearing to the gym. 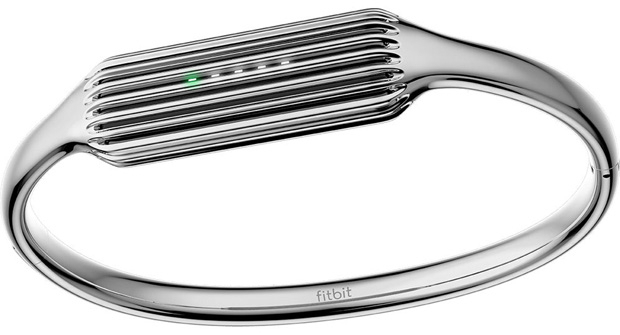 Given that Fitbit want their customers wearing their devices 24×7, how does battery life come into the picture?

On our Charge 2, the battery life lasts five days, however by tethering your device to your smartphone’s GPS, it will use the battery more which is one of the things that we’re very focused on, especially our R&D (Research and development) which is a lot of what technology companies look at because battery life is the key. We’re working really hard on this so you don’t have to charge the battery every day.

I’m not up to where Fitbit is on future battery life so I can only assume that it’s a key focus for us to get longer battery life with new technologies as we go forward. It was also the same when I was in Nokia because the biggest thing that inhibited the device and its capabilities was battery and of course size and form factor. I think you can say the same thing with activity trackers and as the Charge 2 has a five day battery life, it supports our customers in charging their devices less.

All I can say is that with innovation, you get partners who are looking at extended duration and longevity. Also, if you notice on the back of our devices you’ve got our PurePulse technology which are the green lights that measure your heart-rate and there’s a reason why it constantly flashes. This actually saves on battery life which is a really cool part of our IP that we have developed. So the fact that it flashes means that it’s not always on and so it saves on battery.

What does the future hold for Fitbit?

There will be more capabilities put into our devices with larger screens but obviously it has to be wearable for our customers in terms of what they are doing. We’re very focused that one product does not fit all so we’ll have a wide range of products for our wide range of customers. I think trackers will also measure more key biometric information which will give our customers a richer experience when it comes to their health and wellness. More automation in terms of tracking calories would be on my wish list for both trackers and smart fitness watches in order to give a more enjoyable experience. 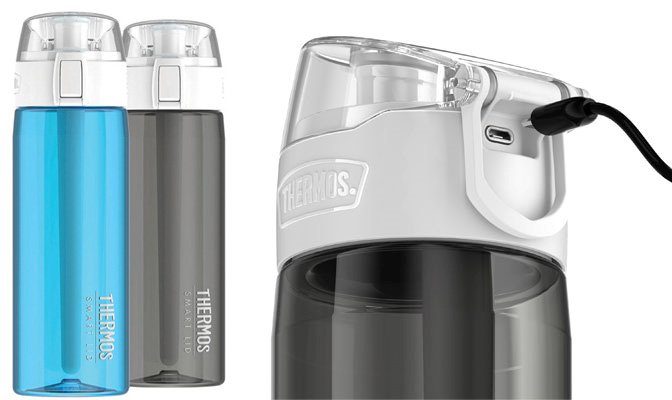 I also have a lot of friends who load on the hydration information and calorie intake which is another great feature of the Fitbit app and allows you to be totally invested in your health. I’ve just got myself one of the new Thermos Smart Lid that is compatible with Fitbit and measures your water consumption through the Bluetooth in the bottle that is then stored in the app. I’m really looking forward to this as it can then track my hydration through the day and I’m really excited about that. It charges through USB and has its own power unit at the top of the cap. It measures through an algorithm like tipping the bottle and how much water is left in and equates your hydration.

When will the Thermos be available in Australia?

We’re trying to talk to some of our larger retailers to see if they’re interested in stocking this product. The product was also designed in the United States and it’s something that we’re looking at now to bring into our sports retail group like Rebel and Amart.