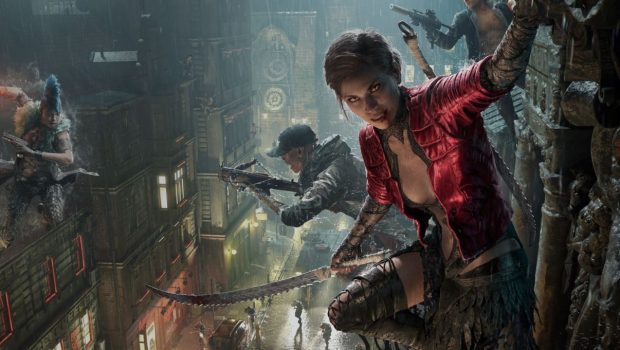 Malmö, Sweden – 10th December 2021: Developer Sharkmob is excited to announce that its free-to-play, fast-paced Battle Royale game Bloodhunt will officially launch in Spring 2022 for PlayStation 5 and PC platforms. After a successful Early Access period, Sharkmob is implementing feedback received from the game’s community, streamers and media in time for the full launch of the game next year.

“We started off in June with a successful Closed Alpha period on PC, followed by our Early Access Founder’s Season during the Autumn. Throughout the past 6 months, we’ve worked closely with our community, and received loads of feedback from streamers, media and players alike.” said David Sirland, Producer for Bloodhunt. “We’re now working on implementing all that great feedback as well as new features into the game, starting with Season 1 for PS5 and PC in Spring 2022. I can’t wait to show you all the stylish outfits we’ve created for our launch!”

A third person free-to-play, savage Battle Royale experience set in the Vampire: The Masquerade universe. For the first time ever, experience the concept of vampires at war as sects clash in the city of Prague, triggered by the arrival of strike-teams from the Second Inquisition. Become the ultimate predator by using your supernatural powers, weapons and wit to eradicate your enemies.