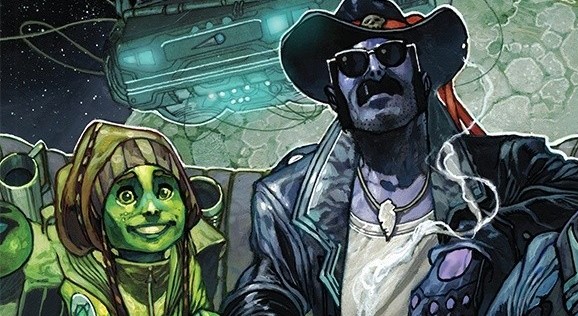 Sharkey has agreed to take Extra-Billy back to his home planet, but whilst doing so, he is on the hunt for Edra Deering, a fugitive with a whopping huge bounty on her head. However, Sharkey isn’t the only one tracking this bounty, with a collection of hardcore killers willing to stop at nothing, trailing closely behind.

This issue begins with Sharkey and Billy in their rocket-powered ice cream truck, as they make their way through space and onto their next destination. We see small snippets of them chatting about various things, from the lack of a toilet on the ship and Billy’s urge to poop, to the majesty of space and the wonders it holds. They are getting to know each other in their own weird way, allowing the chance for Sharkey to let his guard down a little and for Billy to enjoy the company of someone he feels safe around.

They make their way to the planet Arryd, so that Sharkey can use his “special powers”, which allow him to locate the person he is looking for just by using his mind…pretty handy ability when you’re a bounty hunter. Unfortunately, Sharkey’s competition knows he possesses this rare power, and they are already there waiting for him to perform this neat little trick so that they can stage an attack and force Sharkey to reveal the location of Edra. Sharkey and Billy manage to wrangle their way out of this situation, making their way to The System-Wide Retail Hub of Infinitus, a planet where bounty hunting is banned, but also where Edra Deering is hiding.

Things are beginning to heat up for our gunslinging bounty hunter, as complications arise from the Edra Deering bounty. A lot seems to happen in this issue, with my favourite part being the various interruptions of other bounty hunters. I have the feeling that Sharkey is used to these kinds of encounters, as he comes across like the kind of guy who isn’t terribly phased or willing to back down when faced with dodgy folks such as this, even if the odds are against him. I was really intrigued by one particular character from Sharkey’s past called Big H, who is super tech’d up with all sorts of cool weapons and hardware. These two share a past with one another, and there is clearly tension in the air upon their reunion. I’m looking forward to learning more about their past and why Sharkey is so bitter towards Big H.

I’m also loving the dynamic developing between Sharkey and Extra-Billy. There is an almost father-son thing going on here, as we see Sharkey guide and look after Billy. He gets frustrated at Billy often, finding him to be more trouble than anything, however, it’s lovely to see his caring and nurturing side slowly creep through, even if it is delivered in a harsh and blunt kind of way. Billy is also an interesting character with a sad story, as we find out that he has often been abused and beaten throughout his life. He clearly idolises Sharkey, who he views as being the kindest person he has ever encountered…naww, poor kid.

Visually, there is a lot going on in this issue, with Simone Bianchi flexing her artistic muscle in the most marvellous way. The detailed and layered panels are quite complex and a lot of fun to look at, and I absolutely love some of the cool designs that we get to see. This really is a sci-fi adventure with all sorts of wild looking aliens and wonderful spaceship designs. There are some interesting angles and diverse panelling that we get to see, especially when focusing in closely on the characters faces. It’s quite immersive and really helps to draw you in on these particular moments. I also find that the colouring works really well alongside the art in helping to reinforce this otherworldly, sci-fi tone with the vibrant and electric palette.

Overall, I think that Sharkey is turning out to be a fun and enjoyable comic. Absolutely loving the character dynamic, and the art is really lovely to match. 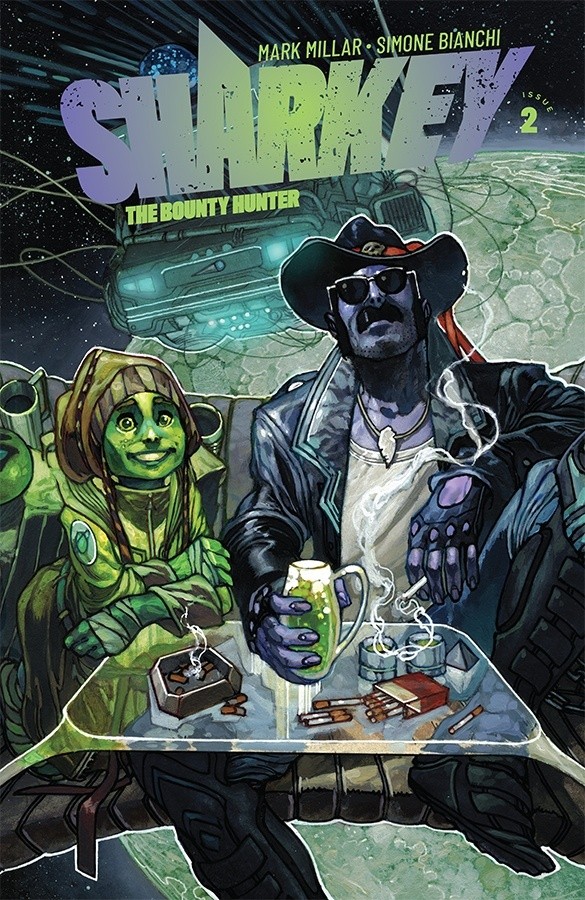 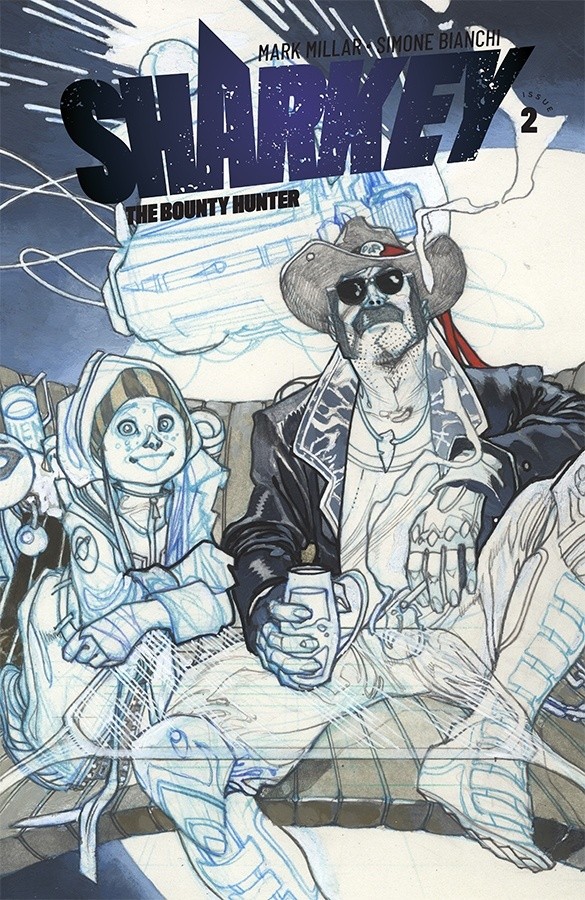 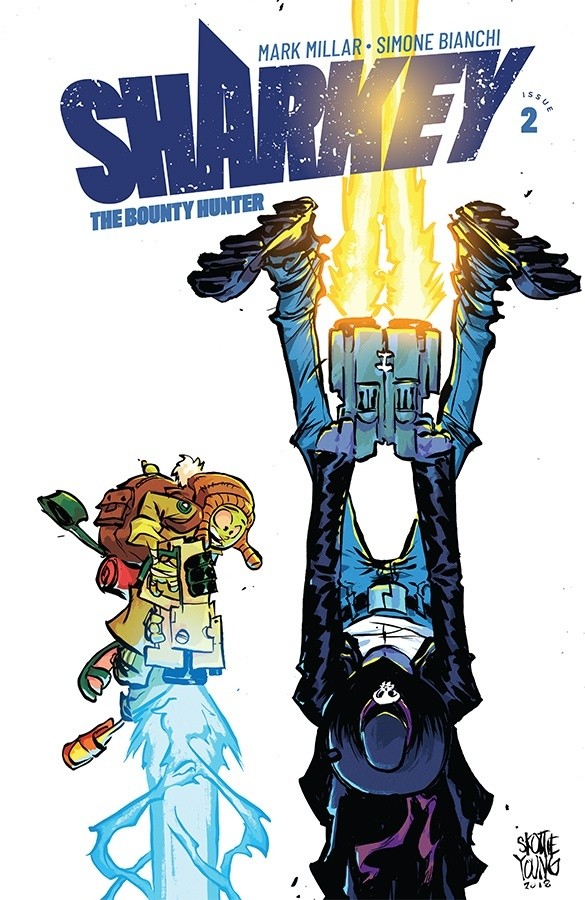