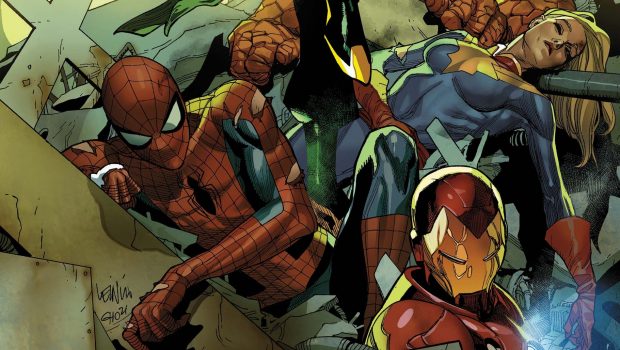 Summary: A fun new story introducing Shang-Chi to new readers by getting him to fight the Avengers even if he doesn't want to. Well worth a look before the movie comes out.

Shang-Chi holds his own

Shang-Chi has finally taken his place as the head of the Five Weapons Society with the intent of unravelling all its bad deeds, unfortunately this puts him at odds with the people who have been making a living off it all these years and they would do anything including the Avengers against him so he has to fight.

With the movie coming up quite soon it is good to see a new storyline with this and also some familiar faces turning up in the form of the Avengers. I had enjoyed Gene Yang’s work on Superman Smashes the Klan and was wondering if Ronnie Cheing’s character from the movie will turn up.

Some good action scenes in this one including getting to see Spider Man in action and the effects of a mystical Chinese root on someone who already has super powers.

Well worth a look if you are a fan of the character already and this will be part of the new Marvel story going forward so it will be interesting to see how it goes across into the other Avengers stories going forward.