Summary: Shadows Awakening is a solid ARPG with a deep lore and engaging story. Tragically, a few outdated elements bog down its fun and unique combat system. 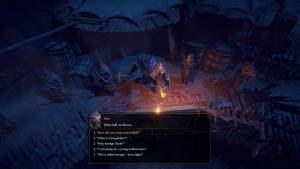 Shadows Awakening is the latest title in the Heretic Kingdoms saga; a modest, yet critically-praised series of isometric RPG’s released for the PC. Shadows Awakening continues this saga on the PC, PS4 and Xbox One as it follows the journey of a demon that inhabits the form of heroes resurrected from the dead, in an attempt to intervene in a threat to destroy the world. 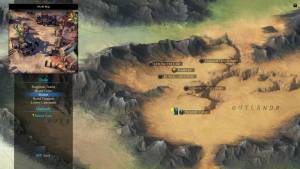 As cheesy as that premise may sound, the plot of Shadows Awakening is surprisingly gripping, mainly due to its interesting characters and extensive lore. As my first foray into the Heretic Kingdoms series, I was immediately confronted with a bevy of pronouns and terms I was unfamiliar with at the beginning of the game. Yet the fully-voiced dialogue of the various characters kept me engaged and immediately drew me into the world. Sure, some of the voice acting is a little flat or over the top, but most of the performances work well to enhance the storytelling. 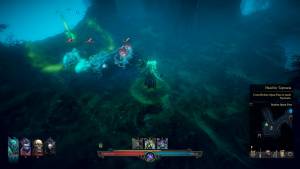 Players take on the role of the aforementioned demon that possesses a party of characters recruited throughout the adventure. This is one of the more unique aspects of Shadows Awakening that greatly affects both the gameplay and the storytelling. At the start of the game you’ll be tasked with choosing between three slain heroes to resurrect and posses. Aside from representing three archetypal RPG character classes (warrior, rogue and mage), these characters have their own unique personality traits, backstory and motivations that affect the way the story plays out and how other characters interact with you. This is also interesting framing for the narrative as the characters are constantly fighting the demon within them for control. Characters argue and converse with each other constantly, which adds to the dynamic of the relationship in the group. It’s up to you as a player to decide which quests you’ll accept and which storylines you’ll pursue on your journey, and which ones you’ll leave for subsequent play-throughs. 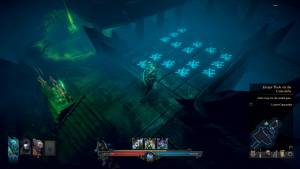 In terms of gameplay, Shadows Awakening greatly differs from other isometric RPG’s as your party of four characters all inhabit a single form. Each character in your party is assigned to either the ‘A’ ‘S’ ‘D’ or ‘F’ keys and is immediately summoned at the press of a button. Each character can also equip four spells with relatively long cooldowns, meaning that in a combat scenario, you’ll have access to sixteen unique spells to work with. Despite the long cooldowns, combat feels fast-paced, frantic and kinetic as you cycle through your party members, cast their spells and dodge enemy attacks at the same time. 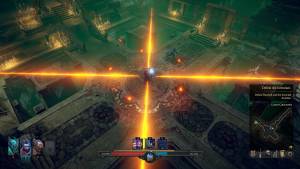 There are over fourteen different characters to unlock throughout Shadows Awakening and each of them have a number of spells that can be equipped and upgraded as you level up. This results in a highly customisable combat system that can be tailored to suit your preferred play style and your party’s strengths. I personally like to summon minions and kite my enemies, so I equipped my characters with summoning spells and traps, plus one or two escape spells to quickly break free if an enemy gets too close. 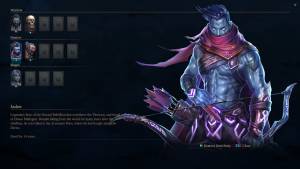 As much as I appreciate the highly customisable and fun combat system, I found the flow of the combat to be a little too slow for my liking. The cast time on the spells and the wind-up on the attack animations seem too long and the movement feels a little stiff. This is particularly noticeable when you’re trapped in a small combat arena and are trying to run away from pursuing melee enemies, whilst also casting spells. Levelling up allows you to allocate stats to your character that affects various attributes such as damage and attack speed, plus you’ll find plenty of loot that add various affects and stat boosts to your characters, but I found the incremental stat increases to be seemingly insignificant when it came to attack speed and animation cast times. 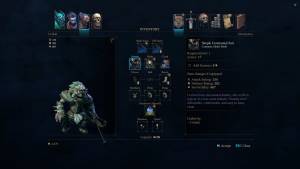 Switching between characters is not only essential for the combat in Shadows Awakening, but you’ll also encounter puzzles that require actions between numerous party members. Swapping to the demon character instantaneously transitions you to the demonic realm where mortals are frozen in place and demonic creatures roam. You’ll need to utilise the ability to switch between realms to access hidden areas, read demonic messages and influence objects in the mortal realm. I didn’t encounter any puzzles that were overly challenging, however I did appreciate the occasional break from combat and dungeoneering. 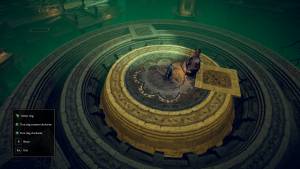 Despite what I said in the intro about the game’s aesthetic appearing somewhat generic on first glance, I think Shadows Awakening looks quite good. There’s definitely a familiar style to the setting and character design, but the textures are nicely detailed and characters are well animated. The spell effects also look quite flashy and a lot of the armour you collect in the game looks rad when equipped on your character. I also appreciate the well-rendered FMV sequences that bookmark each chapter. 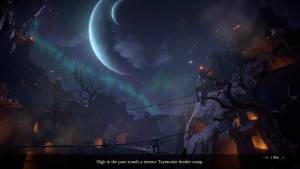 Shadows Awakening is a solid ARPG that sits neatly between Diablo and Baldur’s Gate on the genre spectrum. Its deep lore and complex universe works as a great backdrop for an admittedly cheesy, yet nonetheless enjoyable fantasy story. Its unique party system is highly customisable and makes combat encounters enjoyably frenetic, yet some aspects of the combat feel a little sluggish for modern ARPG standards. ARPG fans shouldn’t hesitate to pick this one up, likewise for anyone else looking for an enjoyable fantasy story to plod through. 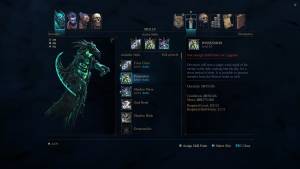